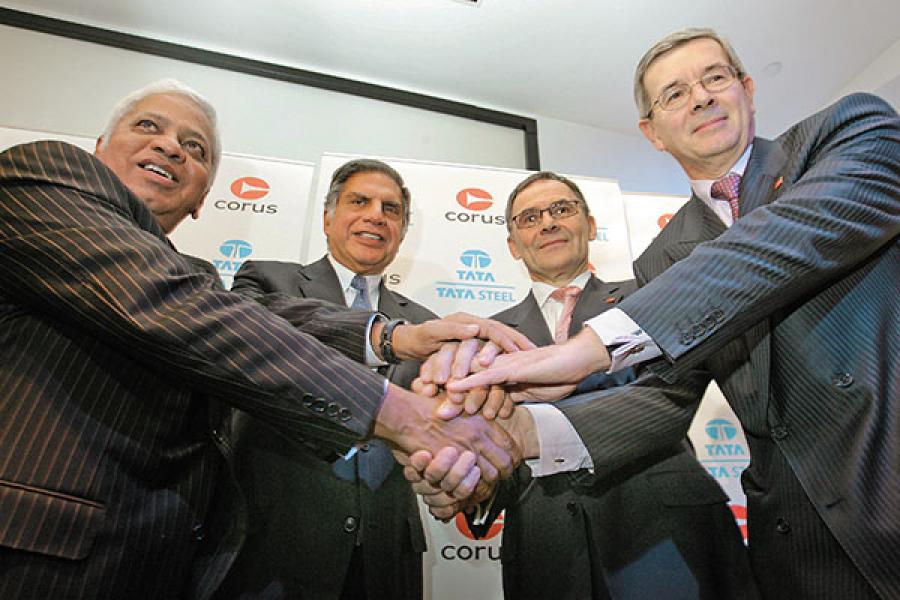 The noughties saw a bull run: A super-cycle for stocks and commodities, powered by Chinese demand for resources and exuberant US markets. But few countries were as deeply impacted by the events of those heady days as India.

There was new hope when the UPA government came to power in 2004. Medium-sized companies in real estate, infrastructure and core manufacturing were mushrooming. IPOs were able to collect funds that promoters never dreamt of earlier: KP Singh’s DLF raised Rs 9,000 crore in 2007, and Anil Ambani broke all records when the Reliance Power IPO raked in Rs 11,700 crore. The Indian elephant was learning how to dance.

Powered by new confidence, and cash, India Inc scoured the world for acquisition targets. Large corporate houses like the Tatas and the Aditya Birla Group were joined by dozens of smaller and relatively unknown Indian companies. Tulsi Tanti (of Suzlon Energy) and GM Rao (GMR Infra) were the toast of Dalal Street; they (and others) looked for ways to build scale quickly. Fundraising was a cinch; all they needed were the right targets.

It all ended rather suddenly in 2008, with the Lehman Brothers bankruptcy in October as the turning point. The liquidity that lubricated the deals vanished. Over the next few years, consumption fell; banks, states, and even countries went bankrupt; many Indian companies were saddled with huge debt. “The big bets turned out to be complex and tough to stay with. FCCBs (foreign currency convertible bonds) and debt taken to finance the overseas acquisitions became due,” says markets veteran Parag Parikh. The flapping birds came home to roost.

One important lesson was that India was more closely linked to the global economy than most entrepreneurs thought. Few of the acquisitions were successful; while a large number had to sell off assets over the next five years, some are still trying to make them work.