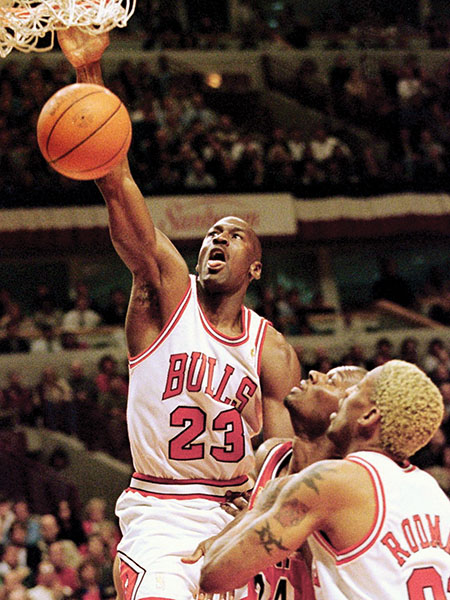 
I’ve missed more than 9,000 shots in my career. I’ve lost almost 300 games. 26 times I’ve been trusted to take the game winning shot and missed. I’ve failed over and over and over again in my life and that is why I succeed.
—Michael Jordan
Former American basketball player

Don’t worry about failure; you only have to be right once.
—Drew Houston,
Co-founder and CEO, Dropbox

Ideas are commodity. Execution of them is not.
—Michael Dell
Founder, chairman and CEO, Dell Technologies

The last 10 percent it takes to launch something takes as much energy as the first 90 percent.
—Rob Kalin
Co-founder, Etsy

The way to get started is to quit talking and start doing.
—Walt Disney
Co-founder, Disney

No growth hack, brilliant marketing idea, or sales team can save you long-term if you don’t have a sufficiently good product.
—Sam Altman
Former president, Y Combinator

If you are not embarrassed by the first version of your product, you’ve launched too late.
—Reid Hoffman
Co-founder, LinkedIn

Bad shit is coming. It always is in a startup. The odds of getting from launch to liquidity without some kind of disaster happening are one in a thousand. So don’t get demoralised.
—Paul Graham
Co-founder, Y Combinator

I think not focusing on money makes you sane, because in the long run it can probably drive you crazy.
—Kevin Systrom
Co-founder, Instagram