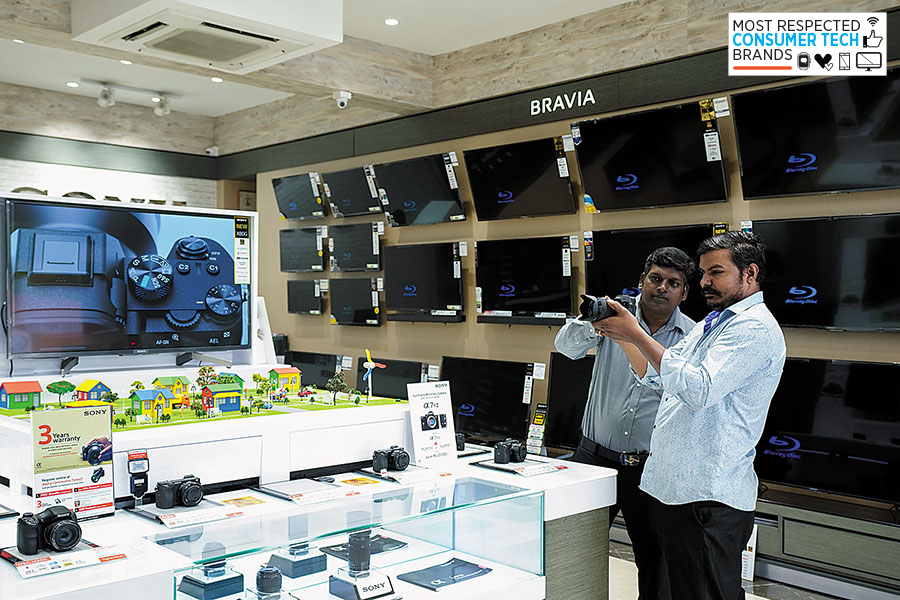 Sony is now focusing on its Bravia range, which includes the premium segment TVs

This November, Sony completed 25 years in India. With technology evolving at a fast pace and OTT platforms becoming popular, Sony has upped its game in terms of innovation to stay relevant. If the Forbes India-TRA Research Most Respected Consumer Brands survey is an indication, it is on track. The company ranks No 9 on the list.

“When their [Sony] TVs came to India, the country was primed to equate quality with ‘not made in India or China’… of course they became the apple of the upper class eye and dream of the middle class,” says Abhik Choudhury, chief strategist and founder, Salt and Paper Consulting. The global giant has a first-mover advantage for most products it has introduced in the country; the 4K television range launched in 2017 is only one of them. Sachin Rai, head-Bravia Business Sony India, says, “The landscape back then wasn’t promising for 4K… there wasn’t too much content available, yet we stuck to our guns. Now the 4K penetration has gone up drastically, with so much content available on platforms like Amazon and Netflix.” 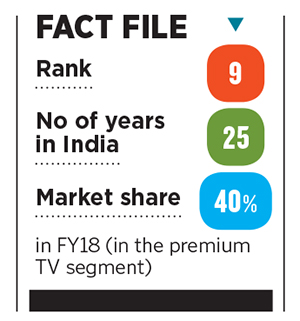 Sony is now focussing primarily on its Bravia range, which includes the premium segment TVs. One of its flagship products, A9G OLED Master Series, uses artificial intelligence to communicate and engage with its consumers, especially the millennials. The TV has a built-in microphone which recognises your voice and follows users’ instructions.
“Sony’s legacy has zero influence on the buying decision of today’s millennials. With pure retail focus, Sony conservatively stays away from the digital sales strategy while OnePlus goes for Amazon collaborations, exclusive cashbacks and online EMI plan for two years,” says Choudhury. When it comes to its distribution strategy, Rai of Sony believes it has worked in its favour, with about 5,000 active retailers and 300-plus service centres across the country. The rise of OTT platforms has proven to be a great opportunity for the smart TV market. “OTT is not only an advantage for us, but also for the viewers. For instance, viewers watching a show on their mobiles while travelling, get home and continue watching the same content on a larger screen,” explains Rai, who claims that the large screen business, over the last 2-3 years has been growing at over 100 percent year-on-year. Choudhury agrees. “OTT can be a huge boon for Sony. It has already partnered exclusively with the new Apple+ for Android users.” The company feels there are no new challenges. It only has to communicate to the customer why Sony is better than the competition. “As per our surveys, consumers say the reason for buying a Sony TV is because it delivers the best picture quality and sound quality. That’s what we stand for,” says Rai.