Some Innovations Replace Incumbents While Others Take Years to Succeed

That’s the question Ron Adner, a professor of strategy and entrepreneurship at Tuck, examines in new research on technological substitution.

“When we think about the challenge of innovation, we tend to think that the biggest hurdle is to present a great innovation out in the market,” says Adner. “If that innovation was developed, delivered, is out there, and consumers know about it and want it, the expectation is that it should succeed and succeed very rapidly. But that doesn’t always happen.”

A key to understanding why some technologies are rapidly adopted while others languish is to examine whether additional aspects of the technological ecosystem can support the innovation’s emergence, Adner argues. In the case of the electric car, for example, outstanding engine and better performance will matter little to its success if there are few charging stations to power it. Moreover, the pace of adoption will be affected by the degree to which an older technology can be extended. For instance, improvements in the efficiency of internal combustion engines undermine the advantage of electric vehicles. Revisiting core questions of innovation strategy from this ecosystem perspective has been a decade-long focus for Adner, who examines these issues in depth in his new book, “The Wide Lens: A New Strategy for Innovation.” 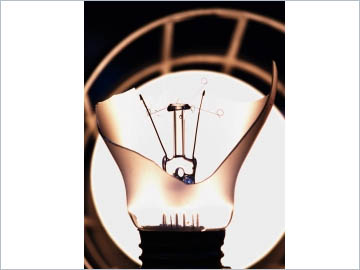 In a new research paper, Adner and co-author Rahul Kapoor present a new framework for predicting the speed of technological adoption that balances the challenges that hold back the emergence a new technology with the opportunities available to extend the performance of the old technology. They show that accounting for how the technology ecosystems impact both emergence challenges and extension opportunities offers clear guidance as to how fast or slow new technologies will diffuse.

To test their theory, they conducted an in-depth study of the semiconductor lithography industry, which makes precision tools that are an integral part of manufacturing microchips. This industry is a fertile one for the study of technological substitution, having experienced 10 successive generations of technological advancement between 1972 and 2009. In each case, the new generation of lithography offered superior technical performance and its customers were well informed about the new generation’s availability and thus eager to acquire higher-performing products. Yet the rate of adoption varied widely. Some generations achieved market dominance within two years of their introduction, while others took as long as 11 years or never won widespread acceptance at all.

To find out why, the two researchers collected data on every tool developed in each of the technology generations as well as data on the nature of ecosystem challenges (the extent to which a new tool also required the development of new complements). They also interviewed more than 30 industry experts to determine the technical aspects of the emergence challenges and extension opportunities of each generation. This allowed them to assess not only the performance improvement offered by each generation but also the challenge of integrating the new lithography machines with other parts of the manufacturing ecosystem.

By quantifying the performance, emergence challenges, and extension opportunities of each generation of lithography machines, the researchers were able to measure what effect the factors had on the rate of adoption of a new technology.