Good food will be gloriously unpredictable and restaurants and menus will be dynamic plays, writes Jaydeep Barman, founder of Rebel Foods 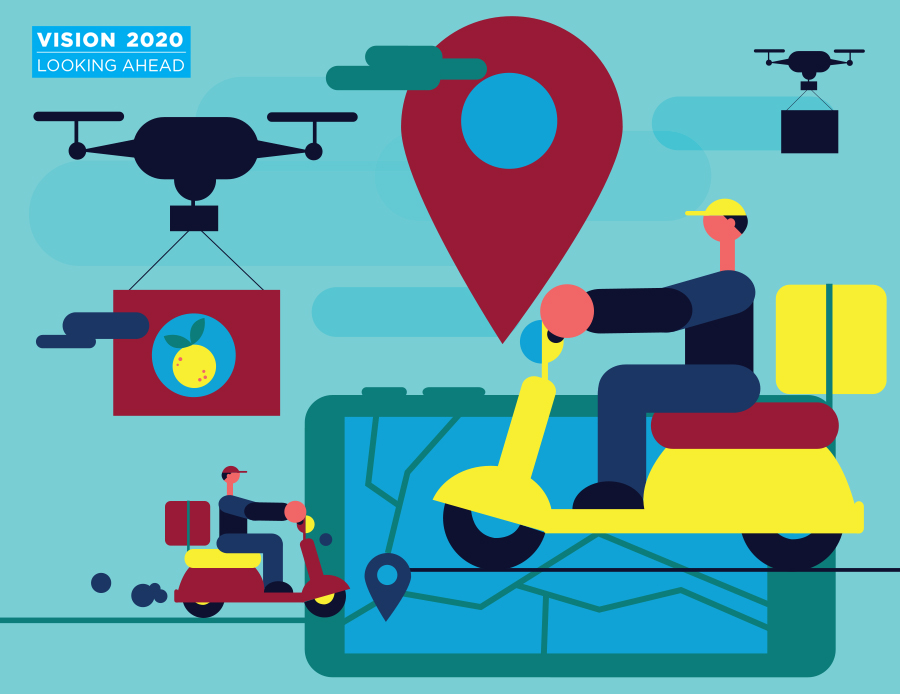 
There is no crystal ball to accurately predict what is going to happen in food tech in the 2020s. However, as an integral part of the ‘food revolution’ that the world has witnessed in the last decade, I can make some educated guesses drawing from our experiences at Rebel Foods, albeit with the admission that I may be off the mark. 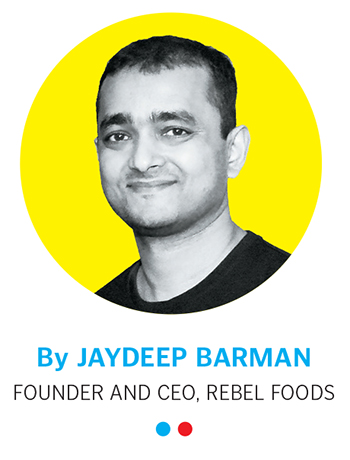 The ‘food stack’
The last decade has witnessed increasing disaggregation of the food stack. For five centuries, restaurants operated in a monolithic way—as a combination of brand, retail and real estate, all encompassed in one single brick-and-mortar edifice. Unlike any other consumer good, a ‘restaurant’ used to be a piece of real estate, a place of retail/distribution and a brand. That has undergone a sea change with the industry getting ‘internetised’ in the last decade, as an increasing number of businesses focus solely on either retail, such as Swiggy, Zomato, Uber Eats, Door Dash, or real estate, that is cloud kitchen infrastructure companies such as CSS, Swiggy Access, Deliveroo Editions. For the latter, a piece of real estate gets broken down into pieces and rented out separately to restaurant brands (almost like a WeWork version of restaurants), or brands akin to Rebel Foods, Freshmenu, Keatz, Taster etc where a multitude of virtual brands are born out of the same realty.

I believe that the next decade is going to see increased momentum in this disaggregation. Existing restaurants will start hosting more than one brand from their kitchens, many of which will be available only on delivery. I expect billion-dollar brands to be created without adding additional infrastructure, real estate or distribution.

I also expect ‘brand franchising’ to take on a new meaning, where franchises won’t have to build additional real estate to take on and scale brands.

Tech in culinary and supply chain
The last decade saw a massive advancement of technology in the last-mile delivery of food. This trend will continue to include drones, self-driving delivery vehicles and so on. What was less obvious in the last decade, and what I believe will be game-changing in the new decade is the use of technology in other aspects of food: Culinary methods and supply chain.

Increasingly, we are witnessing robotics and IoT (internet of things) replace many of the tasks in cooking such as dispensing, picking/placing and movements. Now there are technologies that could replicate the magic of a chef’s dispensing or skilled handling of cooking paraphernalia. This does not mean the chefs will be redundant. In fact, they will now be able to focus more on creative inventions of dishes and then teach machines to recreate the magic, at least in critical parts, if not holistically. This will mean brilliant chefs will be able to scale their products beyond one Michelin-star restaurant and we, as customers, will be blessed with tastier and more exciting food. This is already taking shape, and will gather momentum in the new decade.

Also, with the demand for more organic and fresh food, decade-long practices of using preservatives and processed material in food production by quick service restaurants (QSR) are going to be increasingly replaced by smart/on-demand local farming. This will have an irreversible impact on supply chain and in this decade we should truly witness farm-to-fork taking shape.

Personalised, like content
Intuitively, all of us understand there is nothing more personal than food. And the variations are infinitely more complex than, say, movies or music, both of which are significantly personal. In the last decade, we saw personalisation in content advancing by leaps and bounds with companies such as Netflix and Spotify being able to uniquely recommend consumers’ personal choices. I believe the next decade will see similar movements in personalisation of food.

Food can be characterised by spice level, regional preferences, dairy content, sweetness, and a thousand other variables, and no two people are exactly alike in their tastes and preferences. Today, food is largely mass produced and translates to items on an inflexible menu. I have reasons to believe that the menu you and I will see in tomorrow’s world would be vastly different, and it will depend on our personal choices and dietary needs. This may not fully shape up in the coming decade, but it will gather enough momentum to become the central theme for the next decade.

I have not touched on the changing preferences of people in terms of food and dietary needs, trends that are giving rise to vegetarianism, veganism, and diets such as Keto. I believe there is nothing inherently new in this. From the days of foraging for food, mankind has discovered newer benefit in food every few decades, and this will continue forever. I deliberately focussed on newer technologies and models that F&B is likely to witness in the coming decade.

But whatever happens, I am personally very excited that as an industry, this is one of the most dynamic arenas to play in as a business and as a technology company. Really great food will definitely not be downloaded or capsuled anytime soon, certainly not in the next decade. It will remain gloriously unpredictable for a very long time to come.