Does your company suffer with 'frozen leaders'? 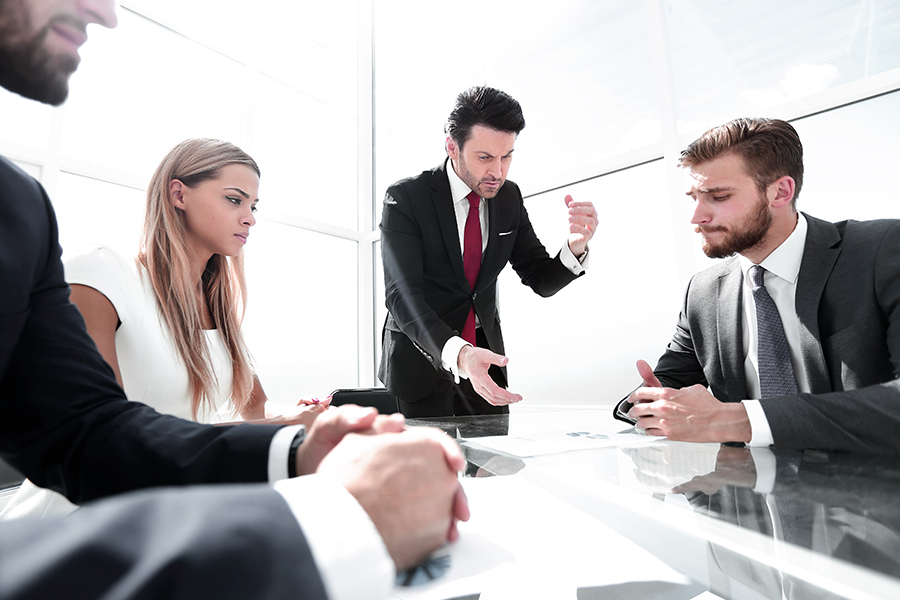 Sushant joined the organisation as an individual contributor. He believed that every change is a new opportunity and he seized each one of them. Today, he is a senior VP, handling complex projects, cross-functional teams, aggressive deadlines and many more. He steers his team to succeed and acquire enhanced effectiveness. In spite of investing considerable time with his team members, many of them brush aside his advice. He gets utterly disappointed. If you ask his team members, they have a different version to say. They say that Sushant wants them to climb up the same stairs that he climbed. The fallout is strained relationship, stress, and frustration at both the sides. Why is Sushant not aligned with his team members? Where is the stumbling block? Up to this point, he has proved himself as an effective leader, successfully led diverse teams and even worked with opposite minds. Why is he facing a friction now? What Sushant is experiencing now, is not only a matter of miscommunication between a boss and an employee but is certainly more than that. The success which paved his way to the leadership is creating formidable hurdles in his way forward. This is a peculiar characteristic of a frozen leader that Sushant has developed over a course of time.

Frozen leader implies a rigid mindset which leaders develop at the peak of their success. Interestingly, these leaders do not have a frozen mindset when they are in the process of climbing the career ladder. The very fact that they have reached a leadership position indicates that they have explored enough and must have adapted themselves well to the diverse workforce during their journey. However, a stark difference is observed when they kick-start their leadership career. The people who are high on openness in their good old days, gradually get desensitized towards new ideas, once they have progressed considerably in their career.  Way back in the early 20th century, Kurt Lewin presented a cornerstone model on change management in organizations. His proposed freeze phases- ‘Unfreezing’, ‘Change’, ‘Refreezing’, precisely unfold a transition in the attitudes of frozen leaders. When they start at the bottom, they work earnestly on unfreezeing their mind, bring changes into themselves and when they reach the top, they enter into refreezing phase and forget to switch on their unfreezing mode. Eventually, they emerge as frozen leaders.    It is interesting to know the belief they cling to, which makes them frozen. It is- 'Since I am a successful leader, the way I have chosen is the only way of successful leadership. My team members must adhere to it.'  They do not have this belief at the beginning of their career as they are at the process of exploration. However, as they succeed more, they are more and more certain about the path they have chosen and lesser and lesser open to other’s. They do not welcome different paths of progress which are dissimilar to their own. As a result, they face challenges while dealing with others. Let’s see how this belief causes discontent among the team members from Shushant’s example. Sushant thinks, ’Till now, I have embraced on-the-level approach, I emphasized on leading by example, and it rendered me a success. If my subordinates want to escalate their growth, they have to follow this approach.’ If they do not follow the above approach or suggest some different way, Sushant gets irritated. His further thoughts comprise, ‘I have come a long way. My team members are getting my advice on a platter, but they are not ready to assimilate it. His team members think, ’We do not like his autocratic style. We want our own space to explore and experiment the new approaches rather than be spoon fed by anybody. ‘This may prompt Sushant to take any desperate step to convince his team members that he is right in directing them or to prove that how good a mentor he is, which further spoils their relations. Will frozen leaders ever crank up the thermostat and come out of the frozen state of mind? Yes, certainly! But for that they have to unlock their refreezing knob.  They need to launch a crusade against the rigid belief by testing it on the factual ground. In Sushant’s case, if he unfreezes himself, he will realize that his rigid demand from others is only his subjective evaluation of success and is not supported by facts. It would be sensible if he says that there would be a high probability of reaching leadership positions by following his path. However, when he says that this is the only way of successful leadership, he moves towards inflexibility and unconsciously shuts the door on other ideas. But if he comes out of the frozen state, he will accept that there are many ways to leadership and each journey is qualitatively different than the others. This acceptance will liquidate his inflexibility and he will move towards unfreezing. Unfreezing has to happen not only once but again and again. It is a continuous process of renewal of attitudes. If frozen leaders learn the art of unfreezing, they will not remain on a plateau but will reach the summit.  The article is contributed by Prof. Dr. Anjali Joshi, Associate Dean & Professor, Human Resources , S.P. Mandali’s Prin. L.N. Welingkar Institute of Management Development and Research (WeSchool). Her interests lie in Organisational Behaviour, Performance Management, Managerial Counselling, and Competency Management. Views are personal.

Tweets by @forbesindia
Admissions scandal: When 'hard work' (plus $6.5 million) gets you into Stanford
Cherry Blossom shoe polish 'shines' after 10 years