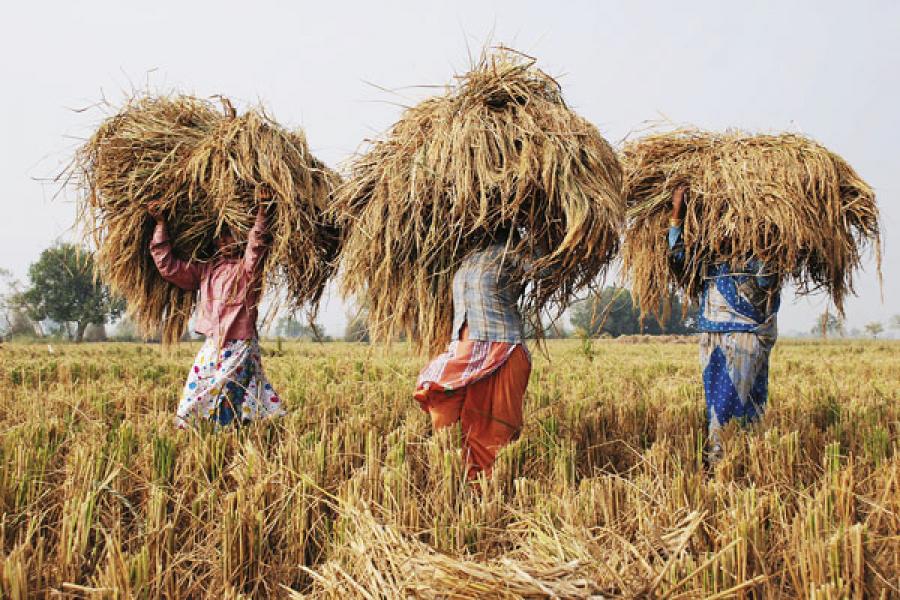 Image: K.K. Arora/Reuters
FIELD OF TROUBLE Due to poor storage, foodgrains are lost to rot

For a few years now, India’s self sufficiency in food grains has been accompanied by reports of wastage due to poor storage. All this could be a thing of the past if the Warehouse Development & Regulation Act (WDRA) 2007 is implemented well. The WDRA will allow private investment in good storage facilities.

Currently, much of the storage of grains is done by the Food Corporation of India (FCI), the Central Warehousing Corporation (CWC) and other state storage agencies. The subsidiaries of the two biggest commodity exchanges in India have also been active in this sector with limited storage facilities. India’s largest agricultural commodity exchange, National Commodities and Derivatives Exchange (NCDEX), has a warehousing subsidiary known as National Collateral Management Services (NCMSL). Close on its heels is National Bulk Handling Corporation (NBHC), a subsidiary of Multi Commodity Exchange (MCX), the other major player in warehousing agri products.


A big disincentive so far has been the requirement for warehouses to be ‘cleared’ by multiple authorities — the Agricultural Produce Market Committee (APMC), the local corporation, the co-operative society and other such bodies. Once WDRA is implemented, all agricultural warehouses will have to meet the norms laid down by the WDRA. “We believe that there will soon be a convergence of all these roles under the WDRA,” says Anil Choudhary, managing director and CEO, NBHC. 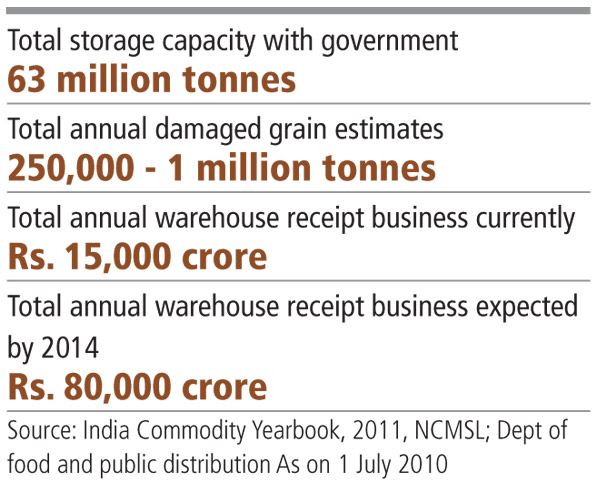 So what sort of impact can WDRA have on losses due to rotting of grain?

The losses could be halved. The official figure on the amount of grain that rots every year ranges between 2.5 lakh tonnes and 5 lakh tonnes. This wastage is on the procurement of roughly 40 million tonnes every year. Most of this is stored in the warehouses of FCI, CWC and  State Warehouse Corporation. Private warehouses only have about 2 million tonnes of capacity, and generate about Rs. 15,000 crore of warehouse receipts. Sanjay Kaul, managing director and CEO of NCMSL says, “WDRA will allow this warehousing receipt business to swell to over Rs. 80,000 crore within the next couple of years.” In fact, it has the potential to go up to Rs. 200,000 crore in five years. These numbers say that the two million tonnes storage in private hands could swell to 15-20 million tonnes in five years time. And with private warehouse wastage being almost nothing, a 20-million tonne shift to private sector could halve the amount of rotting grain in five years time.