The Siege of Android: How Google Lost The OS War

In a narrative beginning in 2016 and ending today, Forbes India recalls how the once irrepressible Google lost the mobile OS war 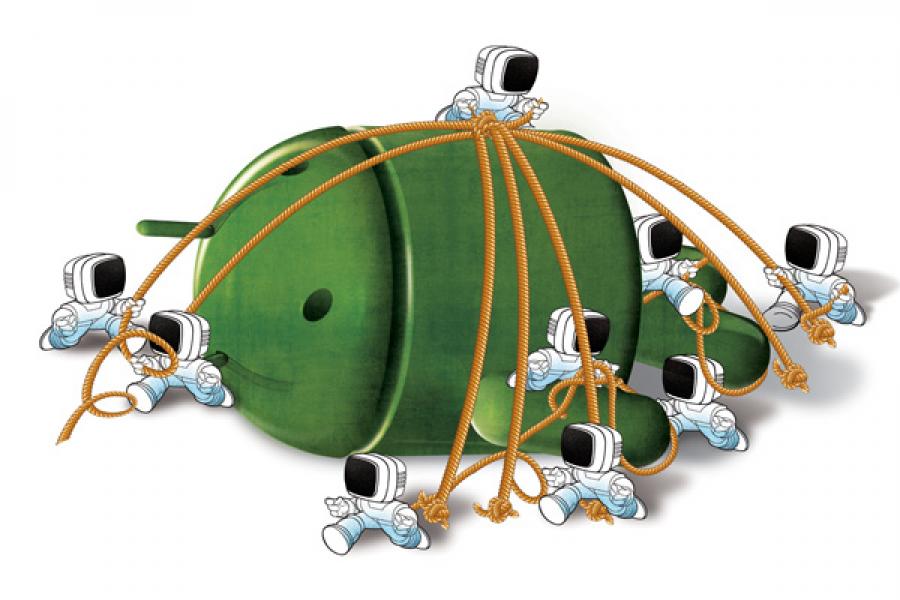 Black Forest
August 12, 2016: In spite of glowing reviews, it may be too late for ‘Black Forest’, version 9.0 of Google’s Android operating system (OS), to turn Google’s ship around. In the last 12 months, Android’s market share among smart devices has fallen from 35.4 percent to a shade below 20 percent globally. It is now just a few percentage points ahead of BlackBerry’s BBX OS, while Microsoft Windows Phone and Apple iOS are both significantly ahead.

But as Andy Rubin, the man in charge of Android at Google, got off the phone in his office at Mountain View, California, even those percentage points seemed ephemeral. He had been talking to the head of Samsung’s mobile devices division in Suwon, South Korea. “I hate to say this to you, Andy, but it is now becoming untenable for us to support both Android and Windows at the same time,” he had said.

In less than two months, Samsung would announce that all of its smart devices would run exclusively on Windows. Though Android’s relative share vis-à-vis Microsoft Windows had been falling steadily since 2012, it still accounted for nearly 30 percent of all Samsung smart devices.

Win-kia
September 21, 2015: Research firm Gartner today announced that Microsoft Windows Phone had become the largest smart device OS globally. “Aided in large part by Nokia’s volumes in Asia and Africa, and by increasing adoption by device makers, Windows has surpassed our own expectations,” said the firm in a report.

The Microsoft-Nokia alliance, dubbed ‘Win-kia’, has surprised most analysts since its launch in late 2011. Though nowhere comparable in power to the Microsoft-Intel (‘Win-tel’) collaboration, Win-kia has been credited with upending the mobile OS playing field in just a few years.

While Nokia’s wide range of phones and deep distribution and retail experience in emerging markets allowed Windows Phone to capture a large part of the entry and mid-level smartphone market, Microsoft’s carrot-and-stick approach had done the trick with other device makers.

Each Android-run smart device meant royalties of $7-9 to Microsoft, insisted its suited, hard-nosed lawyer army. The only way to bring that down, they would say, is if the manufacturers committed to using Windows on a certain percentage of devices. The more the commitment, the less the royalty.

Already burdened under royalty payments ranging from $11-15 per device to Apple, Oracle and a bunch of other big and small companies, most manufacturers quietly acceded.

The Tipping Point
June 13, 2014: The Independent Mobile App Developers Association (I-MADA) is miffed at Google. “Google has quite clearly failed to step up and shield small developers from frivolous lawsuits, as a result of which much of our money and efforts is being spent on court cases instead of developing better apps,” said the body in a press release today. According to the statistics attached, Android developers attracted nearly 60 percent of all patent infringement lawsuits.

As the app economy has grown in value to nearly $32 billion worldwide, companies and patent trolls have increasingly gone after independent developers instead of the device or operating system makers.

But while Apple, Microsoft and BlackBerry were quick to defend their respective app developers in most cases, Google has been slow. Faced with a combined patent onslaught in areas like video encoding, touchscreens, wireless communication and email synchronisation, Google’s response has been strangely sluggish.

In March, it chose to remove significant features like mobile video and real-time email out of Android, choosing instead to let independent developers write apps for those. This strategy was similar to what many Linux distros chose. By having consumers download potentially infringing features directly from third party developers, the targets for lawsuits could be spread across millions of users. Unfortunately for Google, the lawyers went after the most successful app developers.

Google’s other strategy of forming a defensive Android patents pool with companies like HTC, Samsung and Motorola has had patchy success because the pool has, by some estimates, only between 5-12 percent of ‘essential’ patents around mobile technology. That is hardly enough ammunition to fight the likes of Apple, Nokia and Microsoft. In spite of this, Android continues to be the dominant mobile OS.

The Ghost of ‘Pi’
February 18, 2013: Android royalties bring in nearly $2.7 billion annually for Microsoft, said its worldwide head of intellectual property. In comparison, Google, after years of developing Android and building a worldwide ecosystem, earns just $4.4 billion from running ads on the platform.

This presents a serious challenge to Google CEO Larry Page who took over from Eric Schmidt in April 2011.

[Fact: In one of the most important events for Google after Page’s appointment — the June 2011 auction of over 6,000 patents and patent applications held by Nortel — Page fumbled in style.

While Google may have retained its geek cred, it lost the patents to a consortium made up of arch-competitors Apple, Microsoft and RIM among others who bid $4.5 billion. All while it had nearly $40 billion in cash on its balance sheet.

“I have worked in the tech sector for over two decades. Microsoft and Apple have always been at each other’s throats, so when they get into bed together you have to start wondering what’s going on,” said David Drummond, Google’s legal head in a blog post after losing the auction. Already the company with the fewest patents with which to defend itself against attacks, Google was forced to scramble after the loss. To compensate, it acquired 1,000 patents from IBM the very next month.]

Google acquired many more patents over the last two years but all of them are considered less critical, and hence less valuable, for mobile communication.


WHERE THEY STAND
“In areas like mobile communication, patents can mean several layers of fiction and nonsense. But somebody in the chain has to assume that risk.”

– Sunil Abraham, Executive Director, Center for Internet and Society
“Whenever new technologies come up where the stakes are high, people will use patents to gain a competitive advantage. Patents are not meant to be put on the shelves, but are strategic weapons in a competitive fight. When it comes to Android, I think there will be an arrangement in place between various players and peace, but that will take a few years.”
– Ruud Peters, Global Head of IP and Standards, Royal Philips
“In developing countries like India, every Rs.1,000 ($23) changes the dynamics. And because most Indian operators don’t subsidise smartphones, any increase in patent royalties will come directly from consumer pockets. Today, an entry level Android phone is around Rs.5,500, but if that becomes Rs.7,500, that can affect the overall smartphone and Internet ecosystem.”
– Rahul Sharma, co-founder and Executive Director, Micromax

A lot of our readers have been upset and confused by this article. A few additional points might make things clearer:

Show More
Thank you for your comment, we value your opinion and the time you took to write to us!
Comments 21

Tweets by @forbes_india
Gandhi Out of Africa
Alienation: Business In the Red Corridor