The many hats of a wedding planner

It isn't easy being a wedding planner these days. Not only do the brides and grooms want it grand, they also want it different 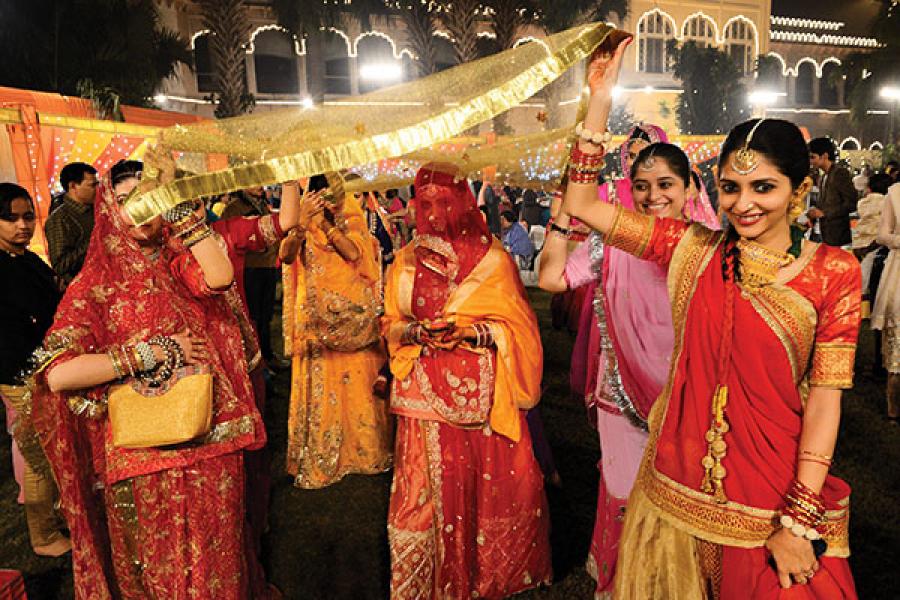 A maelstrom of emotions simmers beneath the razzle-dazzle of Indian weddings, most of which last for at least three days. Ecstatic brides can morph into bridezillas at the drop of a hat, and nervous bridegrooms have been known to become obsessive groomzillas. Throw in warring mothers, grumpy fathers, inquisitive aunts, avuncular uncles and a brood of nieces and nephews into this mix, and watch the drama unfold. In the eye of this brewing storm are wedding planners, the firefighters, who have to douse the flames before they erupt into a conflagration.

After seven years in the wedding planning industry, 34-year-old Candice Pereira—co-founder and creative director of Marry Me Weddings—knows that no amount of planning or colour-coded excel sheets can avert the one ingredient essential in this multi-starrer: Last-minute chaos. Pereira recalls one nuptial where every ‘I’ was dotted and every ‘T’ crossed except for the bride’s trousseau. “She had so many changes that fittings were going on till the last minute and she hadn’t even tried some of the clothes. The families couldn’t wait and had to leave for Goa, and the bride started panicking. I finally flew down the designer’s tailor to do the final alterations at the venue itself,” says Pereira. The moral of the story: Be prepared. 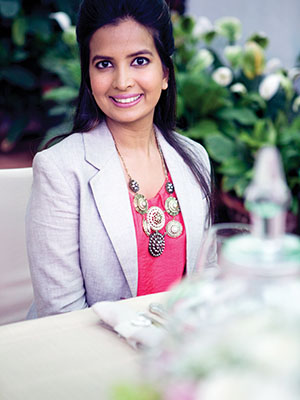 When ForbesLife India met Pereira at her Mumbai office in the last week of October, she had just returned from a three-day wedding in Goa, had to organise the décor for a TEDxGateway at the NCPA with just four days’ notice, and then fly to Thailand to douse yet another fire. “We have a wedding in Phuket in December, and now I have to change the venue,” says Pereira, betraying neither panic nor frustration. She’s only just found out that the hotel her clients are getting married in has rented out an adjoining venue to an international DJ event, which will clash with the wedding. “We cannot let that happen. It will be chaotic with so many people.” The disaster called for an emergency three-day trip to Thailand—with the bride—to choose another hotel.

Pereira, who caters to non-resident Indians mainly from the UK, has four other weddings to oversee this month, and two more in December. After all, it’s the wedding season, and planners are in charge of every aspect of the event. This includes, but is not limited to, scouting for venues, finalising menus for all the functions, taking charge of guest RSVPs, arranging for giveaways and daily turndowns (small gifts kept in the room for guests attending destination weddings), booking artists and performers, seeing to the guests’ needs, and also designing the bridal couple’s website, stationery and wedding logo.

Wedding planners play multiple roles: They are the family’s sounding board, advisors and, often, the shrinks. “It’s important for the family to trust you. If they have faith in you, they’ll let you change things and take last-minute calls. Otherwise, it will be a disaster,” says 33-year-old Neha Seth Arora, founder of Var Vadhu, a wedding planning company in Mumbai.

Putting together a bridal trousseau, for instance, can be fraught with tension, and a measure of trust goes a long way. “I was hell-bent on wearing designer Sabyasachi (Mukherjee) for all my functions. My planner (from Event Solutions India) explained to me that the sangeet was an outdoor event with a mela theme. Sabya’s designs looked too ornate. And she was right. I finally chose an orange-and-yellow lehenga by designer Nikasha Tawadey, and it was perfect,” says Namita Singh, who tied the knot at five-star resort Alila Diwa Goa last month. 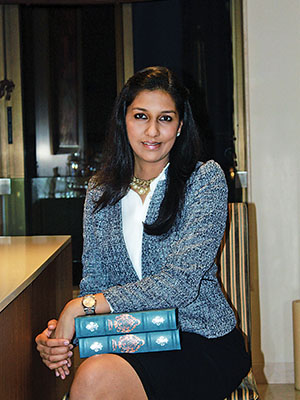 Neha Seth Arora, founder of Var Vadhu (top, extreme left), a wedding planning company in Mumbai. Var Vadhu strives to make weddings an unforgettable experience by setting up colourful sets and even offering services like designing unique wedding cards
Arora recalls one wedding where they wanted to change the décor of a sangeet, scheduled to be held at the The Taj Mahal Palace in Mumbai, a few days before the event. The couple had chosen a white palace set, but Arora had misgivings about this. Just days prior to the event, she decided that a pink Rajasthani look would work better. “I made the groom come to our godown, where we were working on the sets, to see the progress. He trusted me and was super happy,” she says.

In the six years since she founded Var Vadhu, Arora has built an impressive client list, which includes the who’s who of corporate India and political leaders. Like in any business, trust and discretion form the basis of her success. These traits are all the more crucial when couples opt for destination weddings.

Indian weddings are breaking geographical barriers, and it’s quite common for couples to tie the knot in Goa, Thailand, Indonesia and even France, Italy and Spain. For any wedding, especially a destination one, planners start working at least four to six months in advance. “Even for a limited guest list—for the Phuket wedding we have only 180 people—you have to plan every small detail,” says Pereira.

A few years ago, wedding planners were given a single brief: Make it large. Make it grand. These days, it’s also about being different. “People attend so many weddings that they get jaded. When it’s their turn to get married, they want something unique that everyone will talk about,” says Arora. 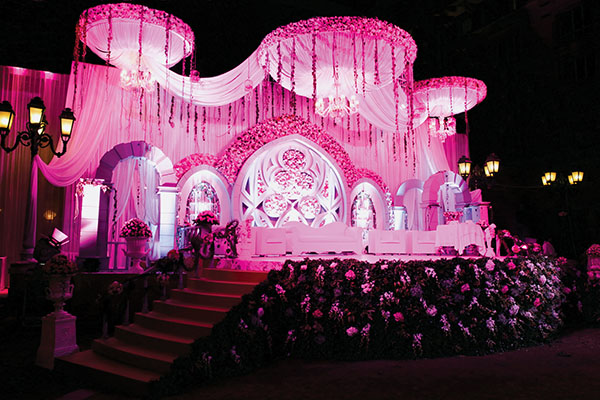 Think Roberto Cavalli and Salvatore Ferragamo gift hampers for guests, sushi counters for newly-weds going on a Japanese honeymoon, and even food and dessert stylists whose job is to ensure the menu matches the theme.

People are still talking about Gokul Aggarwal’s wedding; the scion of RNA Builders married Shloka Chhabria in November in an extravaganza at Chantilly, France. Every invite was sent out with a monogrammed wallet from luxury brands such as Louis Vuitton and Gucci. There has to be a buzz; cost is irrelevant. The host of another wedding ordered 75 Ferragamo ties and scarves for close friends. And these days, hangover hampers, with Alka-Seltzers, pain relievers, snacks, ice-masks, ginger ale and ‘do not disturb’ door signs, are the rage.

To create a sense of individuality, A-list wedding planners now offer services such as décor, card and stationery designing and flower arrangements in-house instead of outsourcing them to third-party vendors. Pereira’s Marry Me Weddings recently launched its own ‘flower division’ where designers and florists work together to create stunning floral creations that are in tune with the look and theme of the event.

Var Vadhu, for instance, used a painting by an Indian artist to design unique wedding cards. Gift boxes accompanying these invites were packed with bags of green tea and cakes instead of the usual chocolates, mithai (Indian sweets) or dry fruits. “We work with a lot of card agencies, but over the last year, we’ve started designing wedding cards, too. This way, we can keep things fresh. The number of good card vendors is limited; everyone goes to them and their designs get repeated,” says Arora.

For another union at the Leela Kovalam luxury resort in Kerala, she took the bride to a local market to shop for spices for guest giveaways. “We also bought lungis for a Sadya lunch (a traditional vegetarian Kerala meal served on a banana leaf),” says Arora. 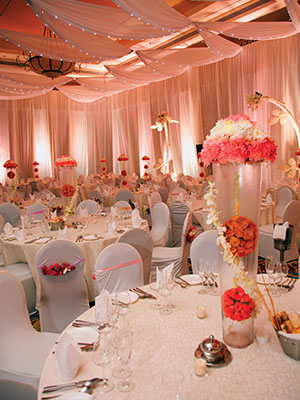 It’s all about making it different. The last thing a wedding planner wants is to be accused of putting together a ‘me-too’ event.

The magic of every union has to be captured in film, and this trend has given rise to a mini-industry of wedding photographers and filmmakers. But there’s a caveat: Post-production memories cannot look staged. Families spend lakhs to book photographers who can take candid pictures, and videographers who can produce documentary-style films that are a perfect blend of emotion and laughter, minus the cloying over-sentimentality.  “While we do provide these services, most people book their photographers and make-up artists even before they hire us. There are very few good professional photographers because of which they are always in demand,” says Arora.

A wedding photographer who specialises in “candid photos”, instead of the standard wedding fare of images of people on stage, charges anywhere between Rs 50,000 and Rs 4 lakh a day. Couples have to spend an additional Rs 1-8 lakh a day for a videographer.

Until a few years ago, planners would fly in professionals from the US and Australia, but there is a small but growing tribe of homegrown photographers, though they are often booked a year in advance. And among the most sought-after is Mumbai-based Vishal Punjabi, founder of film production company The Wedding Filmer. He has a loyal following of clients who swear by his talent. But he doesn’t come cheap: A single day’s shoot can cost Rs 4-5 lakh. Most Indian weddings unfold over two to five days, and his bill can be as high as Rs 20 lakh. Price is not a deterrent, says Arora. 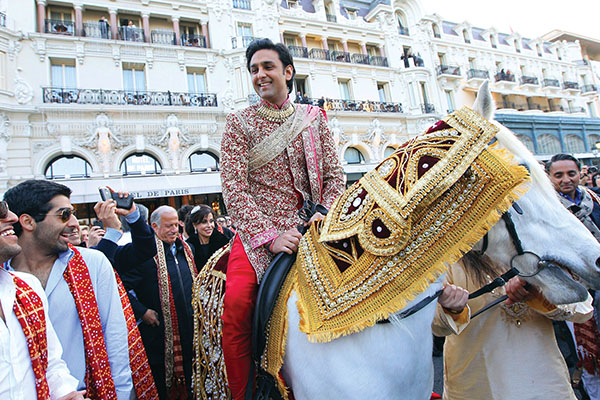 She attributes the growing popularity of videographers to the increasing influence of social media. Weddings take place not just in the real world, but also on Pinterest, Instagram, Facebook and Twitter. Welcome to the virtual wedding mandap. Bridal pages dedicated to the event countdown, short and cute ‘save the date’ videos which are uploaded regularly, Pinterest pages with detailed storyboards and Instagram hashtags and accounts (#RahulWedsAnjali) are all part of the production.

Some planners even take charge of creating a virtual buzz. “Our planner has set up a website for us. We uploaded our invites, pre-wedding photographs, wishes from the family and testimonials there. On the day of the wedding, our relatives and friends who are unable to attend will be able to see the ceremony live via a weblink,” says Ananya Suri, who’s getting married in Jaipur in December. (F5 Weddings is organising her nuptials.)

It’s quaint to imagine a wedding planner working out of a tiny makeshift office with genda phool (marigold) baskets in one corner and crystal- and gota (embroidery)-laced fabric in another. Reality, however, is anything but that.

Arora and Pereira both work with a core team of 15 people each. “We have a client servicing department, a creative team for concepts and a designing and operations team,” says Arora, who is busy planning a 2,500-guest wedding in Raipur and a 25,000 wedding lunch for a political family in Pune.

The starting price of a simple two-day destination wedding in India is about Rs 50 lakh. (This includes the planner’s fee.) International events can run into crores. But couples say it’s worth the expense. After all, it’s the start of a dream, one that will hopefully be a happily ever after tale.