Large Parts of the World are Lazy

The problem of Inertia 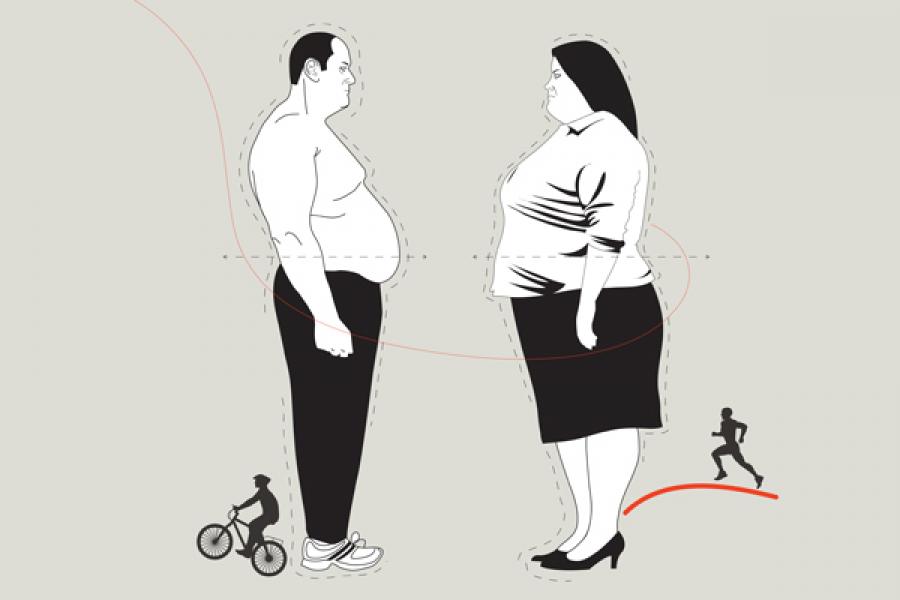 1.5 billion people, across the globe, could be affected by coronary heart disease, diabetes, some types of cancer, several other diseases, and even premature death; all because
they lack physical activity


CHINA
Male 20-29.9
Female 30-39.9
China is one of the few countries where more than 20 percent of its population either cycles or walks to work. This keeps their physical inactivity in check.

US
Male 30-39.9
Female 40-49.9
An analysis of US data showed that daily energy expenditure in work-related physical activity has fallen by more than 100 calories per day during the past 50 years.


Denmark
Male 30-39.9
Female 30-39.9
In Denmark, building of infrastructure to promote cycling has resulted in a 50% increase in cycling in the past two decades. If all non-cyclists in Denmark became cyclists, about 12,000 deaths linked to little physical activity would be prevented every year.

BRAZIL
Male 40-49.9
Female 50
The overall physical inactivity of Brazilians only seems to have increased over the years. It seems to be the only emerging economy whose inactivity across income levels has equaled a high income state

AUSTRALIA
Male 30-39.9
Female 30-39.9
For a nation that is known for adventure sports, the population is less adventurous when it comes to its daily commute. Less than 5 percent of Australians walk or cycle to work, and this increase their physical inactivity levels.