India’s federal government recently announced a number of economic reforms aimed at attracting foreign direct investment (FDI) to boost the country’s economy, including further opening its retail sector to allow multi-brand retail operations with foreign ownership of up to 51%. Despite political posturing against the policy, it passed a vote in both houses of parliament. In the following commentary, K. Sudhir, the James L. Frank ’32 Professor of Private Enterprise and Management, professor of marketing, and director of the China India Insights Program, says the move will benefit India’s economy in a number of ways, from improving infrastructure and regulatory environments to the acquisition of technological knowledge.

Most economists believe that opening India’s retail sector will help the country over the longer term, yet it would be an understatement to say that the policy has met with substantial political opposition. India has a huge underinvestment problem in logistics and supply-chain infrastructure that drags down efficiencies in the overall economy. Modern retail, especially foreign direct investment (FDI) and the entry of foreign retail, would provide the impetus for investments in such infrastructure. It is critical to obtain scale efficiencies for modern retail’s sourcing and distribution, and these infrastructures will have substantial efficiency spillovers across the economy. And, of course, the biggest beneficiary of the increased efficiencies would be the Indian consumer, who, over the long term, will get better quality products at lower prices in a better shopping environment. 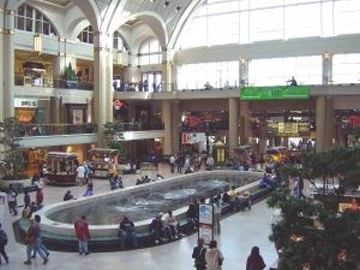 However, the political blowback has been considerable. Even political parties that support India’s government roundly criticized the policy during parliamentary debate for the purpose of political theater. Publicly, opponents argue that the move will drive the several million kiranas, India’s mom and pop stores, out of business. This argument is driven in part by powerful lobbies that represent the kiranas, who see the direct competition from modern retailers.

Beyond the power of the kirana lobby, public sentiment runs high on this issue because in a poor country where there is no insurance in the form of social safety nets, a very large number of people view such stores as insurance. What does a poor Indian faced with a bad harvest or a downturn in labor conditions do? He sets up a little kirana store. So even many people who don’t own a kirana empathize with kirana owners. When modern retail is perceived as taking away an “option” for large segments of the population, it is no wonder one can get people riled up against it very quickly. In the short run, there is little cost but much political gain in opposing modern retail.

How does the country as a whole advance its long-term goals while addressing short-term concerns of a large segment of the population? First, it is important to understand that the perceived threat of modern retail for kiranas is much larger than the reality. Even as modern retail gains market share, kiranas are not going extinct—at least not in the foreseeable future. As India’s incomes rise, so will consumption; with increased consumption, both kiranas and modern retail will continue to grow by sharing in a larger pie. The overall expansion of the market would be much higher than the effect of the loss in share. In addition, the increased efficiencies and reduced losses due to superior cold-chain and supply-side infrastructure means that manufacturers can increase profits without squeezing retail margins as much. So, it’s not a zero sum game.

As a point of comparison, modern retail in China rapidly reached about 70% market share. However, there are many structural reasons why modern retail’s growth in India will be much slower. For example, in China the government owns the land, so stores are actually set up by the government at prime locations or the prime land is sold to modern retailers at a subsidized price. In India, modern retail needs to pay very high market prices to get prime locations. The high price of real estate ensures that modern retail can’t undercut kiranas on price by as large a margin, even if they are overall more efficient. So, India is not going to see the same kind of store development as China even with FDI. It will probably get to 60% to 70% market share in 15 to 20 years.

Over this long period, kiranas have many ways to adjust. The more efficient among them might set up cooperatives to generate efficiencies, by piggybacking on the competitive logistic infrastructures built out by modern retail. The owners of the less efficient kiranas will ask their children to find other jobs. Notwithstanding the current glorification of the kiranas, both the owners and workers in these stores lead tough, long, hard-working days for fairly minimal income. New jobs with better working conditions that arise in the retail sector will absorb labor that might have worked in kirana stores. Over time, the role of kiranas as insurance or even a major source of income will become relatively insignificant as family members of kirana owners shift their productive capacities to more lucrative jobs.

As these retail workers grow in number, they become a significant political constituency themselves and the political capital for the new sector will become greater. Any sector that gains political capital is likely to abuse that power, so I would be cautious in being excited about the benefits from such gains by the modern retail sector. Nevertheless, there are two positives that I see in enhancing supply-chain efficiencies that are important for the collective efficiency of the country as whole. First, we may see less political resistance to helping modern retail gain efficiencies by reforming several archaic laws that restrict private sourcing of agricultural goods and limit flexibility in price setting across expensive and inexpensive areas. To be sure, these reforms should be enacted irrespective of whether modern retail takes off, but the hope is that the political constituency created through large-scale employment in modern retail might provide the political cover for the government to overcome the lobbying by vested interests that benefit from the current inefficient status quo. Similarly one hopes that a strong modern retail lobby could provide the substantial impetus to reform a local tax regime that is notorious for the impediments to movement of goods across states and cities, and thus distorts the creation of efficient supply chains across the country.

Notwithstanding the ink that has been spilt around the resistance to modern retail in India, it is useful to see a larger, global perspective. What is happening in India is a normal part of the modern retail adoption process, and India is managing the opening of its retail sector similarly to how most countries have managed it. Countries initially open retail to a domestic organized retail sector, help them build strengths, and as they become ready to work and partner with foreign companies to learn and absorb retailing technologies, the government opens up to competition from foreign countries. With the emergence of a large number of domestic modern retail chains that experimented on a variety of formats and merchandising and are confident in their superior knowledge of Indian markets, the time is reasonably ripe to allow FDI. As multinationals work with Indian companies, Indians develop retailing skills that help them improve and set up new retail chains of their own. India has given ample time to help some of these domestic retailers, and even the domestic modern retailers realize that they are at a stage where they need additional investments and additional know-how, but are confident they will learn and emerge stronger from these investments.

The Indian government’s decision to let states decide whether to allow modern retail is again an approach that has been adopted in other countries. China initially allowed only seven cities, where it was clear that there was enough consumer demand, to have FDI in modern retail. As modern retail gained substantial penetration in these cities and consumers and governments began to see the benefits of modern retail, other cities and provinces began to demand FDI in their cities and provinces as well. By allowing states who want FDI in modern retail to take the lead, modern retail gets a chance to disprove its critics and show potential stakeholders such as farmers, small manufacturers, unemployed youth, and consumers the benefits it can bring. This can lead citizens in other areas to demand that their states also offer them the benefits of modern retail. This is a slower process, but one that builds the necessary level of political support and willpower for governments, especially within a democratic system.

Critics, especially those with hangovers from India’s colonial past, wonder whether foreign retailers will simply repatriate profits, leaving India poorer. We should be clear: foreign knowledge is critical in modernizing India’s retail sector and enhance its efficiency. There is no point in reinventing the wheel in areas where best practices are well understood. With foreign expertise on such best practices, Indian companies can learn fast and actually out-innovate the foreign companies using their more in-depth knowledge of local markets—be it in consumer tastes or the unique features of the logistics and regulatory environment in India. Of course, retail is such an integral part of every country that no country wants to hand off the entire sector to foreign companies. The bargain will always be “our markets for your knowledge,” a win-win tradeoff for both India and the foreign companies. The government is right in deciding that India today has the skills, the confidence, and the mindset and is ready to make that bargain in a way that will only make India economically stronger in the long term.

Tweets by @forbes_india
How to Succeed in Business
Letter From The Editor: Why it pays to watch the Rocky movies