When Is Financial Sustainability The Wrong Goal?

Should mission-driven nonprofits put money aside for a rainy day or spend what they have meeting the present needs of the people they serve?

It was not so long ago, perhaps less than three years, that members of Congress were lobbying large, wealthy universities to increase their endowment spending to match the growth of their endowments in order to slow, if not reverse, the practice of automatic annual increases in tuition. Post 2008-2009, these same universities are no longer so wealthy; they have been forced to cut budgets and headcount to reduce operating deficits, even after yet another round of annual tuition increases far in excess of inflation.

Clearly, the prevailing "financial sustainability model" for higher education did not pass the test of a severe recession, but the missions of these institutions, for the most part, have been maintained. Unfortunately, the thousands of community-based not-for-profits at the other end of the food chain, which never had the benefit of being "wealthy," are not so fortunate. As the effects of the recession reduced their revenues, their missions have been and are being affected adversely, in many cases seriously so, by the budget cuts they have had to make. 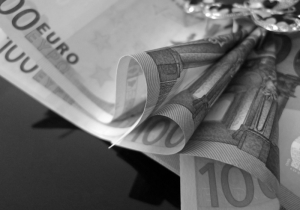 Having suffered the effects of reductions in revenue as contributions have declined, one might be tempted to write about the lessons learned in 2009 by these smaller community-based not-for-profits in regard to financial sustainability in order to achieve mission sustainability. However, I would observe that these not-for-profits, especially those such as a food bank, a homeless shelter, or an inner-city daycare center, all of which meet the needs of the disadvantaged "up close and personal," will never achieve financial sustainability because their missions always trump their finances.

I served for more than a decade on the board of an independent pre-K through sixth grade school and community center which principally serves a disadvantaged minority population in south Dallas, Texas. The school has always struggled to raise enough money each year to keep the lights on and the faculty and staff paid. While this institution is successful beyond imagination in terms of its mission, the excellent work it does, and the lives it impacts, it always will operate on the financial edge solely because of the importance of its mission. One of our aspirations is to raise a bit more money each year than we need to break even, in order to create a reserve equal to one year's fundraising requirement. By doing so, instead of raising the dollars essentially at the same time we are spending them, the "current year" would enjoy a balanced operating budget with little risk and little pressure. However, this will never happen. Instead, the operating budget will increase at least in lock-step with our ability to raise more annual dollars because a larger budget will enable us to better fulfill our mission. We have a social disincentive to save.

What is the proper discount rate to determine whether you impact a life this year or next, given that, in the broad realm of serving the disadvantaged, the demand always will exceed the supply (community healthcare, anyone?)? Should a food bank not spend essentially all it receives in donations this year to meet the needs of the hungry this year? Should a homeless shelter turn people away this year so it could better achieve financial sustainability next year? For not-for-profits where the social need is certain but the ability to service it is uncertain, the discount rate is so high that it is virtually impossible to achieve financial sustainability, and it might even be irresponsible to do so. One might dream of a donor stepping forward with a transformational gift of one year's fundraising to relieve the pressure. I would bet, however, that, were this manna to fall from Heaven, this new-found wealth and security would lead to increased budgets to serve more people in need and, before you know it, the transformational gift only would represent 90% of one year's fundraising, then 80%...

It may well be that the lessons of this recession for community-based not-for-profits is that traditional financial sustainability is unlikely to ever be achieved, and perhaps it should not even be an objective. Instead, the strength and compelling nature of "the mission" needs to be sustained and the quality, efficiency, and effectiveness of services delivered need to be improved continuously. Facilities need to be maintained and kept up-to-date (omg, what about deferred maintenance?). Operating contingencies also need to be made to address the fundraising shortfalls that inevitably will occur from time to time. Restricted gifts can be used to build endowments, fund capital improvements or cover the cost of deferred maintenance. Beyond that, as long as there are unmet needs within the organization's mission, a community-based not-for-profit essentially should spend all that it can raise in a given year, lest it compromise the integrity and fulfillment of its mission.