The Change Maker - Bill Drayton on Empathy and Leadership

He explains how empathy is key to effective collaboration in a rapidly changing world, and the art of listening 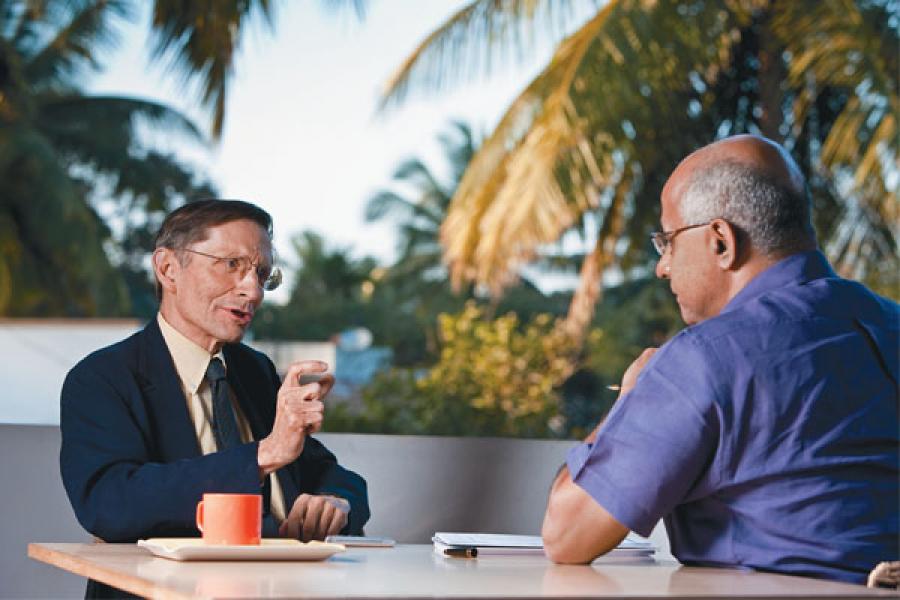 When Bill Drayton stepped out of his McKinsey career to start Ashoka, he was driven by one central idea: Entrepreneurs are very special. They sense opportunities where others see problems. They are resourceful and resilient. So why not use the power of entrepreneurship to solve social problems? With that thought, Ashoka was born.

Over the years, it became the venture capital behind many great social entrepreneurs all over the world. Today, to be chosen as an Ashoka Fellow is a badge of honour for outstanding individuals who love the entrepreneurial spirit and social change that has a deep impact. It is also a great example of global co-operation for solving societal problems. Bill and I are here exploring the idea of change, collaboration and empathetic skills for leadership.

“The world is changing very fast. What you have to do now to change the world is different from what it was 20 or 30 years ago. It is really a magical moment when you know this is the change that is right for you, fits your temperament and skills, and would work for you and you get into the entrepreneurship process that would make you change all the time. You are always listening and adjusting, modifying wherever you are going,” Bill says.

“We seem to have financial disasters every couple of years because we do not have a government capable of designing systems ahead of the change,” he adds. “The social entrepreneurs are very keen to change this situation.  So, part of our job is to bring together this group of people so that they think and act together and contribute to that change.”

Listening to Bill, I am wondering if the emergence of social enterprise is the early sign of the demise of organised government. To put it bluntly, is government dying?

“I don’t think government is dying,” he replies. “The faster things change, the more you need the government to design the framework and make sure it works. Whether the government is competent or not, we still need it. When it is working well, it represents everybody. Part of our job, to bring about the change needed by the society, is to help the government to figure out how to do that, how to go through the transition.”

I have always been fascinated with the way the principle of collaboration works among self-regulated, and sometimes loosely connected, people and systems. At the core of the process of collaboration is empathy and I want Bill to tell me more about it.

He obliges. “You can’t change the world if you can’t work really well with people. More simply, you can’t be part of society if you hurt people and disrupt institutions. In 1900, 97 percent of the world’s children were growing up in very small, isolated villages. They probably never went beyond 5 miles to learn. But that world is gone. Every year, the proportion of your life that is governed by your role is diminishing. Roles have conflicts; roles have been changing. We depend on the people around us to bring together the correct skills to guide us; choose actions that would be helpful.

These are very complicated skills. This is a world where you need a higher form of empathy, where you observe yourself, watch other people around you, and then you find yourself understanding and interacting with various combinations of people. So this goes to say that the system around you is changing. You need to contribute to the system and avoid doing damage. So, you require a very sophisticated set of skills.”

He continues: “When you work with literacy, some people have a 3,000-word vocabulary and some others have a 50,000-word vocabulary, but you are still working with literacy. When you look at the dictionary in 1500, it was very small. Not like the one we have now! The same thing is true about social skills. This is something everyone has to master; some master it at a higher level than others. If you go up the exponential curve, you will notice that every year the empathetic skill required is growing at a higher level than the year before. So, the gap between people who do not have this at all compared to people who do, is getting wider and wider and here is a huge social problem. So, we need to have literacy and social skills so that people have the empathetic skills, teamwork skills and leadership skills that could effect change.”

From the idea of empathy, we now move to a conversation on the art of listening. What can make leaders listen?

“People typically tend to hear only 20 or 30 percent of the words of the person they are conversing with. You can improve that dramatically. People can be trained at that level where they listen to every word. Listening is understanding. The skill of empathy is a must to be able to listen! Then you can listen to people, the environment and sometimes to the future! One can listen better if one sees the whole!”

Outside, it is getting dark. Bill has meetings with his leadership team before heading to Japan that same night where he is needed for opening a new chapter of Ashoka. Photographer Mallik Katakol, crew and I let the Ashoka team reclaim the man and step out.

Tweets by @forbes_india
Pramod Bhasin: Tiger Knows Customers Better than I Do
Don't Get Into the Stock Market Now