Why trucks should consider switching to Liquefied Natural Gas

Liquified Natural Gas carries advantages such as energy security, cost economics, and emissions. It could be a viable alternative to current fuel options and the time is ripe for this segment to take a leap into the gas age 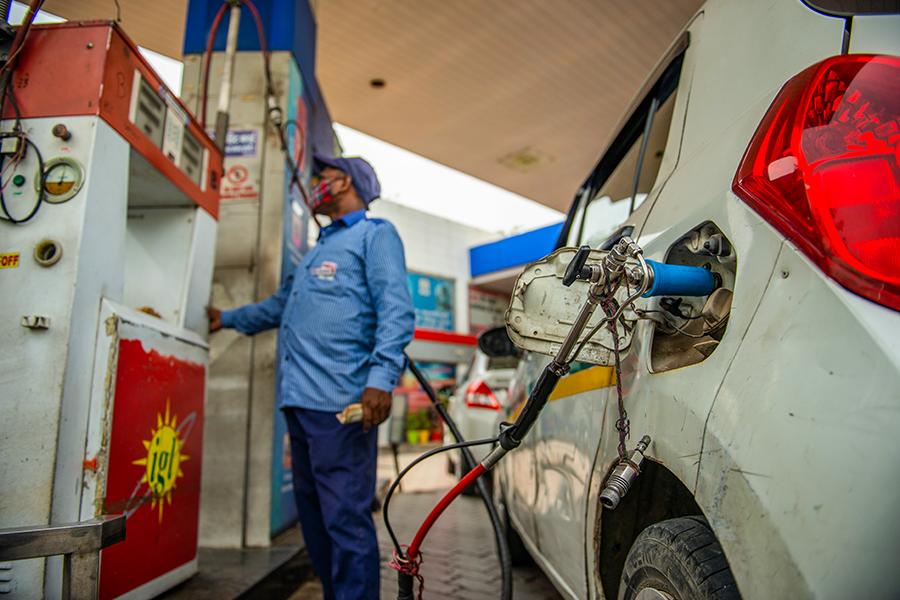 The growth of Compressed Natural Gas vehicles in India has been noteworthy with a CAGR of almost 7 percent over the past five years. While the growth was concentrated in select regions of the country, with the steps taken by the various stakeholders, this is expected to be replicated across many other parts of India. CNG, however, has a limitation for long haul trucks on account of the trade-offs between a lower range and the payload penalty of the cylinders carrying the gas. This is where Liquefied Natural Gas (LNG) fits as a viable alternative because it helps overcome this key limitation. While the current penetration in India is low, based on the improvement in running costs on account of rising diesel prices vis-à-vis LNG prices, infrastructural and policy initiatives, the time is ripe for this segment to take a leap into the gas age.

Advantages of LNGLNG offers advantages across a wide spectrum of parameters. It is a well-known fact that the per tonne-km cost is a major determinant of truck and fuel choices. LNG's price per unit, which is currently lower than diesel, makes it a viable alternative. The purchase price of an LNG truck is higher by about 22 percent, however, the running cost is about 40 percent lower which makes the overall cost of ownership of an LNG truck vis-à-vis a comparable diesel truck lower by 32 percent.

On the energy security front too, India has sufficient natural gas at approximately 5 trillion cubic meter (TCM) of recoverable reserves, of which less than 0.5 percent is used as a fuel in the current CNG fleet. Therefore, it can cater to the increased demand for Natural Gas Vehicles. This is also in line with India’s vision to increase the gas usage in the overall energy mix from the current 7 percent to 15 percent by 2030.

In addition, LNG is quieter and cleaner with an emission factor 25 percent lower than diesel. In terms of energy density, LNG has a calorific value of 12,950 Kcal/Kg when compared to diesel’s 10,900 Kcal/Kg thereby, enabling a higher vehicle range with similar size of the fuel tank. While pilferage issues are common with diesel, LNG being cryogenic at a temperature of -162°C, it can be considered as a theft-proof fuel.

The way forwardGlobal examples indicate that setting up LNG corridors helps fast track adoption by dispelling myths and also showcasing the advantages of LNG as a fuel. The earliest adopters could be Logistics Service Providers (LSPs) that have a guaranteed load at both ends of the transportation leg along the corridor. That would ensure the truck is not stationary with the LNG in the fuel tank for a longer period. This has a two-fold advantage as it helps reduce the fuel loss from the tank and the higher truck utilisation will also help ensure a shorter payback period.

In addition, currently most of the cryogenic cylinders used to store LNG in vehicles are imported as the scale of adoption is low. The increase in LNG traffic on the dedicated corridors could help increase the scale of adoption and that could see a surge in localisation efforts by the automotive industry. This in turn would further improve the cost economics of LNG and increase adoption by LSPs.

The draft LNG policy by the Ministry of Petroleum and Natural Gas (MoPNG) strikes the right cords with measures such as incentivising truck fleets in the country to make LNG switch, raising the LNG regasification terminal capacity to 100 million tonnes (MT) per year by 2040 from the current 40 MT. On the infrastructure side, it talks of plans to establish 1,000 LNG outlets for long-haul, heavy-duty trucks and other vehicles. In addition, incentives are planned for the automotive industry to manufacture LNG-based heavy vehicles and create ancillary manufacturing units through tax exemptions and green certifications. There is also a target to convert 10 percent of long haul heavy-duty trucks to ply on LNG.

Given the distinct advantages of LNG in terms of energy security, cost economics as well as emissions, the time is truly ripe for the long haul heavy trucks to migrate towards LNG. The finalisation of the draft LNG policy as well as dedicated pilots along corridors with LSPs, OEMs and fuel providers will go a long way in showcasing the benefits of the fuel and will certainly act as a catalyst for increasing its adoption.

4,863
Thank you for your comment, we value your opinion and the time you took to write to us!