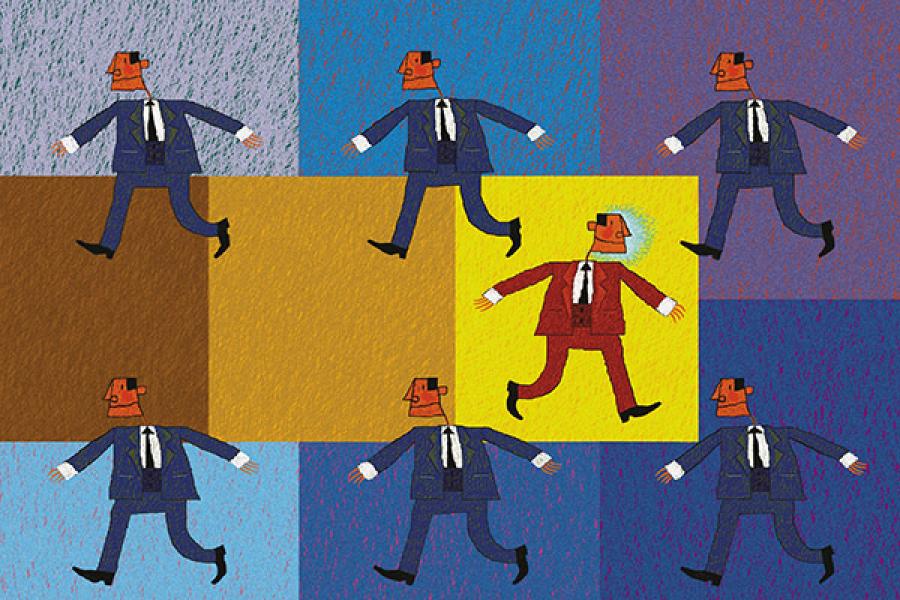 What exactly is contrary opinion, and why do the finest investment minds attach such great importance to behaving in a contrarian manner? Stated succinctly, contrary opinion is a theory by which one attempts to analyse and comprehend popular opinion, and then act contrary to it. The opinion must be widely held and have considerable influence on a large audience; else the herd instinct does not come into play. But once a large number of people are swayed by the opinion, emotion rules and gradually drowns out rational analysis. The single most important reason why the theory of contrary opinion works in favour of the investor is that it helps in staying aloof from the crowd’s psychology. If we can create mechanisms that help us disregard or distrust our impulses and emotions, then the odds that a rational thought process will prevail improve dramatically.

One of the more subtle reasons why the contrary opinion theory works is the fact that the crowd is rarely able to anticipate a change in trend until long after the inflection point. We expect trends to continue for far longer than they actually do. History is replete with instances of the retail investor judging it safe to enter the stock market after a lengthy period of extended gains only to discover that his timing in picking the top of the market was close to perfect.

Contrary opinion is also a fairly reliable gauge of how much potential buying power is left to come into the market. When bulls reign, and enthusiasm abounds about the prospect for stocks, the corollary suggests there is no one left to buy stocks and drive prices higher. Conversely, if sceptics rule, there are likely to be many participants sitting on the sidelines with large sums of cash, who can be cajoled back into the market.

Last, but not least, it occasionally pays to be contrary because an incredibly one-sided view leads to mindless ‘unity’. The fear of financial Armageddon in September 2008 was a fine example of how almost everyone is willing to accept an absurd or impossible outcome. The technology boom in the late ’90s provides another outstanding illustration of why it pays to be contrarian.

Despite investors being aware of the incredibly demanding valuations at which blue-chip tech stocks traded, analysts conjured a compelling story about the sustainability of annual earnings growth in excess of 40-50 percent. The risk of owning these companies was great because investor expectations had lost touch with reality. The essence of contrarian thinking—mean reversion—has an incredibly limited following.

One would do well to remember that the widely held view is not always wrong, but it is invariably off the mark in terms of timing. In recent times, a number of market watchers (your columnist included) have been cautious, given the turmoil in Europe, the Middle East and China leading to a preponderance of weak economic data. The reasoning was strongly supported by sluggish corporate performance and a quicker-than-expected macro-economic deterioration in Spain and Italy. Yet, a fidgety stock market has continued to climb a wall of worry. One can only hope that a slump is not in the offing when everyone has given up waiting for it! The timing of contrary opinion is most often inexact but the consequences of mean reversion are not.

The current consensus is distinctly tilted towards the re-emergence of a new bull market. Given the finance minister’s emphasis on pushing ahead with economic reform and getting the fiscal deficit under control, market mavens are convinced inflation will turn benign and interest rates will head south. Most pundits believe economic growth is now at its nadir. Led by a reinvigorated second term president, the US is unlikely to succumb to the worst perils of the fiscal cliff and both growth and employment are on the mend.

Despite the threat of a Spanish bailout having abated for the moment, Europe remains in intensive care. The good news is that between the ECB, the IMF and a bunch of slick politicians, they seem to have the happy knack of averting crisis! Even though the fuse seems to have been lit in the Middle East, the timer has been set to ultra-slow motion. The changing of the guard in China was picture perfect and the moderation in growth seems to have catalysed a consumption stimulus. The fragility of the current economic environment seems to be balanced by near certainty that the future holds promise and cannot spin out of control.

More recently, foreign institutional investors seem to have developed a greater penchant for India vis-à-vis China. While this may well prove ephemeral, it has boosted investor confidence about the quantum and timing of future inflows. Understandably, the BSE Sensex (19,340) is on a tear, having gained almost 4.5 percent in the last five trading sessions. Knowledgeable punters are convinced that the market will race past 20,000 before 2013. The change in sentiment is remarkable, given that nothing seems to have changed on the ground. Rather than getting caught up in the euphoria, this may be the time to hunt for niches where positive fundamentals have taken a whack because of macro concerns being over-played. A number of second tier IT services companies fit this description.

Infotech Enterprises (190) and Persistent Systems (480) are well established companies with a strong competitive position and diverse customer-base in their chosen domain, robust balance sheet and visibly accelerating earnings growth. Each of them has had a few hiccups post 2008 but management has demonstrated its ability to cope with adversity and re-build for the future. Valuations are at a significant discount to their larger peers, and notably, considerably cheaper than companies of a similar size with a positive earnings outlook. The ‘rupee appreciation’ bogey seems to be at complete variance with the evidence, both in the near term and over the long haul.

The French philosopher, Voltaire, sums it up best: “Doubt is not a pleasant condition, but certainty is absurd.”