Letter From The Editor: How to Kill an Airline

Other than the Satyam saga, nothing comes close to the sordid tale of hubris and irresponsibility that defines the mess inside Kingfisher Airlines

Before we answer that question, let’s first survey the grim reality. For the past five months, about 4,500 employees of the airline haven’t been paid their salary. Many of them say they can’t quit because they won’t get a single dime out of their dues from their employer. Airports, which allowed the red and white aircraft to land and take off, haven’t been paid either. Faced with the spectre of bounced cheques, they’ve now moved courts to recover their dues. No one has any clue how long it will take, though. A clutch of banks have lent Rs 7,000 crore in all to Kingfisher Airlines. And they don’t have enough collateral to cover even a fraction of their debt. At least some of the lessors were perhaps smarter. They simply repossessed their aircraft. 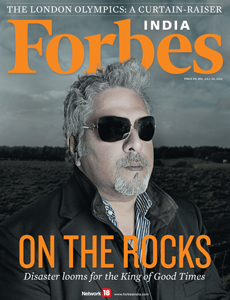 As my colleague Cuckoo Paul’s cover story shows, the mess is now so deep that the airline’s future is practically sealed. It is a matter of a couple of quarters or even a few months before the airline runs out of cash. In recent times, other than the Satyam saga, nothing comes close to the sordid tale of hubris and irresponsibility that defines the mess inside Kingfisher Airlines.

So who perpetuated the crisis?

Vijay Mallya: His vision of building a global airline in less than a decade was simply far-fetched. But now that the bet has gone horribly wrong, his arrogance simply prevents him from looking beyond the FDI option. The trouble is that no sensible foreign airline will invest in Kingfisher.

The Public Sector Banks: They forgot to do proper due diligence and, perhaps, came under enormous political pressure. Now, faced with a huge NPA (non-performing asset) situation, they’re still hoping against hope that the promoter provides a quick fix.

Employees: Many of them were attracted by the aura and the glitz that Mallya manufactured. Little did they realise that the game was unsustainable. Perhaps some of them will now stop believing in the cult of the heroic leader.

The Regulator: All this mess happened under the watch of the DGCA (Directorate General of Civil Aviation). And they didn’t blink until it was too late. It’ll take nothing less than a miracle to revive the airline. All one hopes is that someday we learn the right lessons from the Kingfisher Airlines misadventure.