13 years ago, Andrew W. Marshall, the most influential Pentagon strategist, endorsed the “Asia 2025” report in which the scenario of Sino-American synergy was not even considered: “A stable and powerful China will be constantly challenging the status quo in East Asia, an unstable and relatively weak China could be dangerous because its leaders might try to bolster their power with foreign military adventurism”.

The tragic terrorist attacks on September 11 2001 modified the orientation of America’s foreign policy for a decade, but as Washington exits from Iraq and prepares to withdraw from the Afghan quagmire, Marshall’s assessment on China resurfaces and provides the fundamental rationale for Barack Obama’s grand “pivot to Asia”. 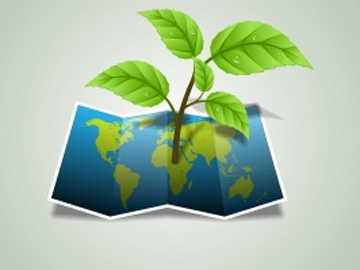 However, by assuming that the main challenges to the national security of the U.S. come from external factors and not from domestic inadequacies, the American “return to Asia” might illustrate what Andrew J. Bacevich calls “the new American militarism” but does not necessarily serve the long term interest of the Western world. A diversion from what really matters, the solidity of the internal conditions, is a regrettable corollary of this policy.
The global financial crisis caused by Wall Street’s hubris and a national credit addiction has accelerated Beijing relative rise, and a decade before China’s economy really surpasses the U.S. GDP, the most recent survey of the Pew Global Attitudes Project concludes that China is already perceived as the world’s leading economy.

More generally, China demonstrates a unique ability to navigate a world of paradoxes where multipolarity is concomitant with interdependence. In this unprecedented environment, the relevance of the American spectacular “return to Asia” can be questioned but this doctrine certainly underlines the striking contrast between a polarizing American outlook in which Beijing is framed as a power to contain and a 21st century China which operates beyond an East-West exclusive opposition.

If the American “pivot to Asia” hypothesizes that Beijing could opt for an antagonistic posture, it miscalculates Beijing’s intentions since the core and the utmost subtlety of Beijing’s global strategy is precisely to remain non-confrontational.

Moreover, China’s socio-economic progress should not be seen as a threatening development to be circumscribed while it is synonymous with stability and prosperity, the Chinese reemergence does not weaken the U.S. Asian allies but it offers them additional sources of growth.

The highly indebted U.S. – more than 100 % of its GDP and on track to add three times more debt than the eurozone over the next 5 years – chooses to create the conditions for the bipolarization of the Asia-Pacific region 20 years after the end of the Cold War, but instead of a “pivot to Asia”, the U.S. should have conceived a refocus on the American economy, the real long term threat to the American national security, and beyond, a rethinking with the European leaders of the Atlantic relations.

Fundamentally, while contemporary China has learnt to coexist with the West and continues to use it as a catalyst for the renewal of its ancient civilization, the West has not yet fully accepted the reality of a sui generis Chinese modernity which marks the limit of its global expansion.

By sticking to the notion that “either you are like us or you are against us” while the Chinese traditional wisdom has prepared the Middle Country to avoid such a dualistic mindset, the West takes the risk to become isolated in an obsolete world outlook.

In a Chinese context, management, governance, and more generally, the vision of international relations are deeply influenced by the “Tao of Centrality”, a philosophy and a practice whose aim is to balance the opposites and to mediate between contradictory forces. The intelligence of centrality – zhong – presupposes contrary forces but as it targets equilibrium and harmony, it transcends the logic of exclusive opposition. The grandeur of the “Tao of Centrality” would not be in a victory of the East against the West but in their mutual nourishment.

In a global village where the absolute domination of one power over the others has become impossible, and where interdependence has considerably increased the price of tensions, the “Tao of Centrality” is a source of powerful effectiveness.

One repeatedly attributes to French emperor Napoleon Bonaparte a statement that he probably never uttered and which has become a misleading cliche: “When China awakes, the world will shake”, however, China is neither a revolutionary force nor a power intoxicated by some Nietzschean will to shape a new global order.

As, in the unambiguous words of U.S. Secretary of Defense Leon Panetta at the Shangri-La Dialogue, “all of the U.S. military services are focused on implementing the president’s guidance to make the Asia-Pacific a top priority”, China concentrates on its domestic transformation and, gradually, peacefully, regains centrality.

Although the counterproductive “pivot to Asia” complicates the Sino-Western relations, it is not too late for the West to apprehend the Chinese renaissance with wisdom, it would not only contribute to its revitalization but it would also take the global system into an unprecedented era of cooperation and prosperity.
David Gosset is director of the Academia Sinica Europaea at China Europe International Business School (CEIBS), Shanghai, Beijing & Accra, and founder of the Euro-China Forum.

Tweets by @forbesindia
Run-up to London Olympics 2012
Letter From The Editor: How to Kill an Airline