Trained To Be Tough

As I write this, exactly 48 hours have passed since Mahendra Singh Dhoni lifted the World Cup at the Wankhede stadium. For the nation, it may have been the best tonic that any doctor could have possibly ordered. Plenty of newsprint and television minutes have been — and will be — expended in trying to understand how this Indian cricket side emerged triumphant after a gap of 28 years. 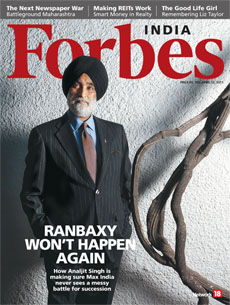 By now, every person has its own theories to explain the success: Dhoni’s exemplary leadership, Kirsten’s low-key yet effective coaching style, Yuvraj’s magical comeback or even Sachin’s sheer presence. Needless to say, all of these factors played a part. In my book, there was one other big reason: Dhoni’s men were mentally a lot tougher than Indian teams in the past. They were able to withstand the pressure — and even the youngest members of the side were able to stand up and deliver when it really counted.

For an entire generation of cricketers, even till the early part of the last decade, there was far too much emphasis on physical conditioning, entirely ignoring the fact that the mental aspects of the game are just as important in winning. Thankfully, that’s now changed. There’s enough and more recognition that the demands of modern day cricket can drain even the most battle-hardened player. There’s perhaps no better example than Vinod Kambli. During his formative years, he literally matched his better known friend Sachin on every front. Yet mid-way through his career, when it mattered most, he was left to fend for himself in dealing with the demons in the head. My guess is that every year we still lose several talented players like Kambli at the very top of the game because no one taught them how to deal with the pressures and anxieties associated with the game. Or they simply didn’t know whom to ask.

Today, the science of mental training has come a long way. No wonder then that senior players like Tendulkar, Dhoni and Yuvraj are now willing to publicly acknowledge its value.

Interestingly, there’s a similar realisation dawning across corner offices in India. In our cover story, my colleague Prince Mathews Thomas tells an amazing story of an entrepreneur who’s scripting a whole new legacy for his family business. And he’s got the best CEO coach in the world to help him pull it off. Read our story on page 34.

We’d love to know what you think of Analjit Singh’s efforts.

Tweets by @forbes_india
Are We Thinking Too Little, or Too Much?
Leadership And The First And Last Mile Of Sustainability