Any Stunt can Kill You

Jumping off cliffs, ramming cars into one another, leaping through rings of fire… these guys make it look so easy. Stuntman Syed Habib Haji gives us the truth behind the illusion:

What is the most dangerous stunt you have done?
I was the stuntman on the movie Risk. There is a scene involving a jockey and a car chase and a car flips over. I was driving the car. So that was dangerous.

Do you do it for the thrill or for the money?
I do stunts because of the kick that it gives me. You keep doing different stunts and each of them gives you a new high. Money is secondary. I collect and maintain old cars. So I can get by on that. 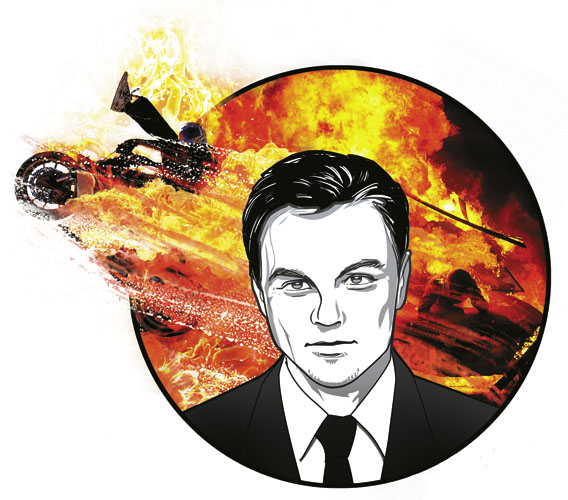 How did your family react when you told them you wanted to be a stuntman?
There was not much opposition. My father Hajibhai was a well-known stuntman. He lost his life while performing a stunt. That was when I decided to get into the business as well. Mujhe unka naam roshan karma tha. [I wanted to honour his name.] And being a stuntman runs through our blood. I used to drive cars when I was 12-13 years old. Even my son who is just 10 has already learnt to drive and can handle cars and motorbikes with ease.
What do you feel about actors performing their own stunts?
We like it when actors perform their own stunts. But we make sure that the safety measures for them are twice as good as they are for us. We give them whatever help they ask for.
What stunt looks simple but is extremely dangerous?
There’s no guarantee on what stunt will kill you. You can perform a number of big stunts like jumping from heights or crashing into cars and come out without a scratch but then sometimes something very small can harm you. One guy died while going through a routine car crash. Another broke his neck during a rehearsal. One more person is bed-ridden after getting badly hurt during a jump.
How difficult is it for stuntmen to get insurance?
Today, it is very easy for us to get insurance. Earlier it was very difficult.
What is your favourite stunt?
John Abraham’s introductory shot in Dhoom where he takes off his helmet and a gypsy overturns behind him. I am the one driving the vehicle. That’s my favourite stunt to date.
Does it bother you that actors are the face when you do the dangerous work?
I know I am the duplicate. It’s not like we are being cheated by telling us that we are the hero and then someone else takes our place. We are filling in for the artist.
How many cars do you go through while performing a stunt?
Ninety percent of our shots are perfect on the first take. We can’t afford to have retakes. The stunts that I do involve over-turning cars or crashing two or more cars at once. They are quite risky and until now I haven’t had to do a retake.
(As told to Abhishek Raghunath)