What’s the Weirdest Thing People Have Put in a Coffin?

This guy is in the driver’s seat when you make the final journey. We spoke to Dion Michael Pinto, proprietor, Danny Michael Pinto Undertaker, Mumbai about the business of managing funerals 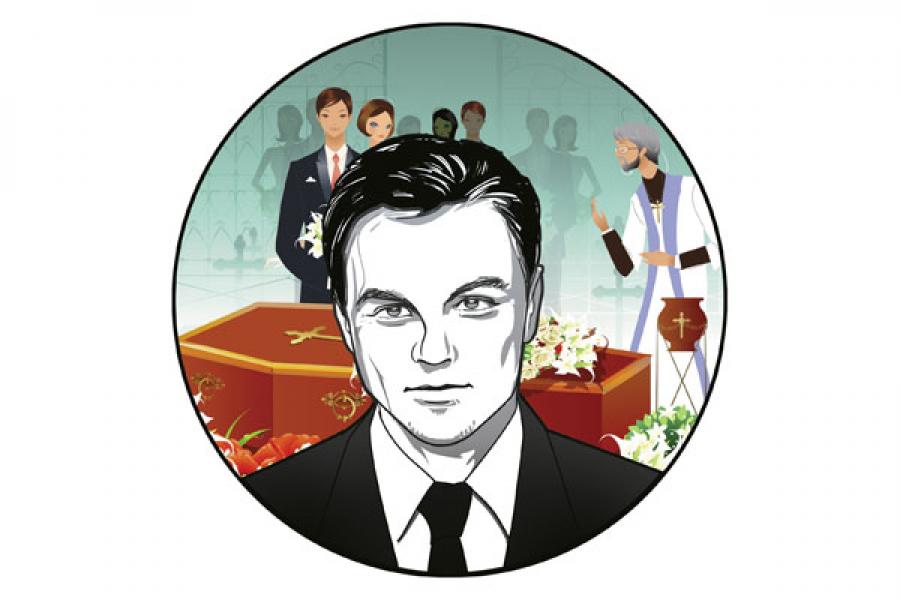 Have you faced a situation where two wives of a person have got into a fight at the funeral?
Oh Yes, many times! There are often shouting matches over the will. Recently, one man left all his wealth to his adopted son who had cared for him for over 20 years, and his family created a huge hue and cry.

Has anyone come back to life during a funeral?
(Laughs). No! That happens only in movies! We need a death certificate before we go ahead with the ceremony. So we make sure that the person is dead!

What is the weirdest thing that people have put in a coffin?
One person’s relatives put in ball bearings; another was buried with a few bottles of Jack Daniel’s whiskey.

Is it possible for you to be happy about your job?
Well, I can’t say that I feel happy about it. However, there is a satisfaction in the fact that at the end of the day, my clients are happy and content at their time of grief. Besides, each day is different!

Who is the most beautiful person that you have buried?
That would be Mother Teresa. It was a very moving experience.

Aren’t burial grounds getting increasingly crowded? Is anything being done about it?
Yes, burial grounds are getting crowded. On the part of the government, there really is nothing much being done about it. But we do encourage people to cremate because that is one way of reducing pressure on land. A lot of the graves in the country are family graves, which is partly why the land crunch is happening.

How much do you usually charge for a funeral?
If we get a letter from the church saying that the family is very poor, then we conduct the services for free. But apart from that, a funeral can cost anything from Rs. 2,000 to Rs. 35,000 depending on what the client wants.

Are there funerals where the mourners are insincere?
Yes, frequently. It is easy to figure out who is grieving and who is pretending. Recently, I even came across some people taking photographs to fight a legal battle later.

Do the police often ask you for help? Do you charge them?
Yes, mostly it is to take care of the last rites of unidentified persons who might have died in accidents, etc. We cremate them. This, we usually do for free.

What are the most difficult clothes to put on a corpse?
A saree is extremely difficult to drape. It is also one of the most requested garments.

Next issue, our insider will be a firefighter. So, if you have a question only a firefighter could answer, email us — ask.forbesindia@network18online.com — or write to Ask The Insider at our office address, and we’ll get answers for you. You’re also welcome to send us suggestions on the kind of “insiders” you’d like to hear from in the future.