SAP co-CEO Jim Hagemann Snabe talks about the co-CEO model, the next big idea and the future of software companies 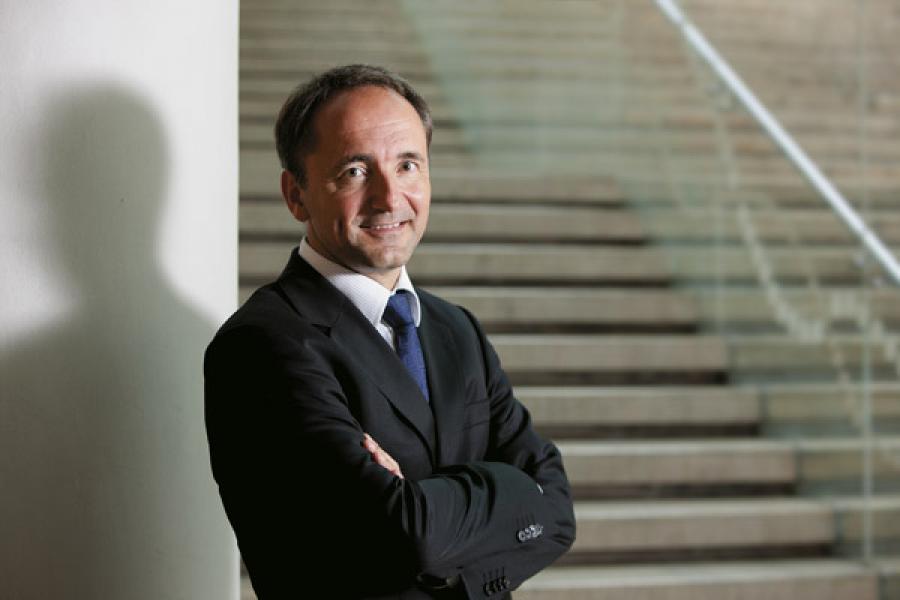 In February 2010, when Jim Hagemann Snabe and Bill McDermott took over as co-CEOs at SAP, the Walldorf-based ERP (Enterprise Resource Planning ) company was facing a huge crisis. Leo Apotheker, a company veteran, had unexpectedly resigned as the CEO after being with the company for more than two decades. The company’s revenue was down 28 percent, employee morale was extremely low and innovation had stalled. Analysts had begun asking if the 39-year-old company was well past its prime and wondered if SAP’s board had made a mistake by not selling the company to Microsoft when they had the offer. But since taking over, Snabe and McDermott have managed to steady a rocking boat, even announcing the biggest ever acquisition (Sybase which was acquired for $5.8 billion last year). Snabe, who looks after strategy and innovation, was recently in Bangalore, where SAP’s second largest R&D centre is based. He took time out, in between addressing SAP engineers and meeting N. Chandrasekaran, CEO of TCS, to talk to Forbes India on the advantages of the co-CEO model, SAP’s next big idea and the future of software companies. Edited excerpts:

You took over as co-CEO at a very difficult time for the company. How did you both prepare for taking on that responsibility?
We both felt very good about the co-CEO model, we knew each other since ages, there was fundamental trust and we complemented each other.

The task was big, the industry was consolidating rapidly and we had not done a good enough job in our customer relationship and I also felt that we could do much more with our people who are our biggest asset.

As we stepped back, we found a world where there was a lot of need for growth, there was a constrained resource situation, and we felt that this was an opportunity for us to increase the purpose of SAP beyond just being the software company for business. We felt we could help run the world better. It sounds big and fluffy, but we had spent 39 years optimising the world’s companies.

We had defined resources as currency, materials and people. But if you can manage currencies, which fluctuate wildly, why can’t you manage scarce resources like water or energy and instead of looking at software for companies alone, why can’t we start looking wider? We also saw a trend of whole new technologies that could change the way people work and live. We articulated a strategy around these three.

There are few companies that have been successful with a co-CEO model. What is your ritual for working together?
In classical hierarchical models, the assumption is that you need one [person] to decide. And we challenge that it is the right model for the future. The world has become very multi-dimensional and you have to do many things like create innovation and growth, become more efficient, globalise and find talent in India. How do I scale my business, build partnerships and do this in a sustainable, responsible way? All of this is very hard for one person to grasp and I believe, and Bill feels the same, that if you want to be holistic in your approach, then why not divide and conquer?

When a company becomes only about a person, a rock star, then it’s not good for the company. The real power of this model is that you have four hands to ensure execution, which means you can go deeper into the business and not look at spreadsheets. I visit customers, look at software and developers, do testing, reviews of user experiences, and all of this is impossible as a lone CEO.

Before coming to SAP, I was this lonely mathematician who solved difficult mathematical problems, and I thought I was the best at that. My professor brought me in touch with more people who had a different way of thinking and together we solved bigger problems. It was the first time I realised that maybe I am not the smartest person in the world and the outcome is bigger when we team up.

Normally, when you are the lone CEO, you are very alone with the tough calls. We acquired Sybase for $5.8 billion. It was a big acquisition and we were only few months into our roles, but we rapidly made that decision and executed fast.

SAP now seems like a lone warrior, the rest of the industry is rapidly consolidating. Hardware companies are buying services companies. But you have stuck to your core which is software, why is that?
I like to think of SAP as a company that teams up with many. I see competition trying to do everything themselves, and we think it is the wrong strategy. With new technology,  a significant change is happening on how we consume software.

Hardware will move away from hard disk-based systems to very high performing memory-based systems. We think that database is challenged and might move out into the memory and the front end won’t remain a PC, but a mobile device. So that’s a massive change in the components of that stack and rather than owning them all, we are trying to innovate for bigger value and by staying loyal to our core.

So, we are inspiring many small ISVs [independent software vendors] like Apple is doing for iPhone. We don’t want to own the stack, we want to open it up for others.

SAP already has a huge installed customer base for its ERP software. So how do you create the next big thing for the company?
Our strategy is to grow from the core. Which means our installed base becomes the biggest asset. What we needed was to add more value to those who had bought ERP.

So, like Coca-Cola which had high market share in soft drinks, [but they]re-defined their markets and said let’s include water, and today they are the world’s largest distributor of water. We did the same thing, by adding three new chapters that leverage that core by bringing software to mobile devices, which meant we go from being relevant to 100 million people to [being relevant to] one billion people.

We brought software into main memory so that you can analyse big pools of data in split seconds and we become a decision-making tool, not just a transactional tool. And finally, cloud computing, so that we can make software relevant to smaller companies, without asking them to install anything. That suddenly doubled our addressable markets.

In a previous interview, you said that SAP will go from 50 million users to one billion users by 2015. How will you get there?
You need a big number like that to inspire people. For 39 years, we have solved complex problems for large companies, the trend in the world is opposite; the growth will now come from small- and medium-sized companies. That’s where innovation will always happen. The benchmark today is Facebook, Google or iPhone. You use them in your private life and come to work asking, where is my Facebook-like interaction?

So, when we said a billion users by 2015, that requires a mindset change. We solve really complex problems compared to Facebook or Google, for businesses in the future. If the search engine doesn’t work for an hour, it’s not the end of the world. If the supply chain of Apple doesn’t work for an hour, I know about it. We want to add simplicity and become relevant to an even greater number of people.

How have you done so far?
The way we build software is a fundamental key to unlocking our potential. So far, we followed a waterfall model, which is you do version 1 and then wait 15 months for feedback and then version two
and then wait another 15 months. Now you do constant iterations with teams that are empowered to work directly with customers and do software that works every four weeks. This has been a tremendous change of value creation. We are running a small team in India where we want to find solutions for small retailers in India.

Has the strategy started yielding results?
In the last 12 months, we have delivered mobility with the acquisition of Sybase, we are shipping more than 40 mobile apps this year. We have delivered in memory computing, with HANA in a record nine months from idea to mass shipment and we have delivered the next-gen cloud solution with Business by Design. Because of the three new areas, even the core is growing. Our revenues grew by 35 percent in all regions and some hardware companies were talking about a cut in demand. That makes us feel that we are right about our stack.