Unlike the Americans, We Don't Believe the Whole World is Ours

To many outsiders, China is intriguing. What makes the Chinese tick? And just what does it mean to be Chinese? David Wei getting candid with Forbes India in an exclusive interview

Who is David Wei?
He is CEO of Alibaba.com


What is Alibaba.com?
The world’s largest B2B e-commerce company with 40 million users worldwide across 240 countries. It was founded in 1999 as a trading platform for SMEs.
Headquartered in Hangzhou, eastern China. In November 2007, it raised $1.7 billion on the Hong Kong Stock Exchange, the biggest Internet IPO since Google in 2004 and has a market capitalisation in excess of $68 billion Yahoo owns 40 percent of it

What else does Alibaba.com do?
Among other things, it created TaoBao, the Chinese version of eBay. Two out of every three Internet users in China is on it 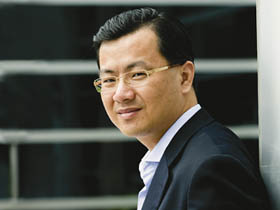 Image: Dinesh Krishnan
“I am not criticising India for being slow. Slow has positive connotations as well, like being solid. But on the Internet, you don’t need to be very solid, just very fast”

Let’s start with a 30,000-feet view. You pretty much know how a few million small and medium enterprises across the world are doing. The state of SMEs is a fairly robust indicator of where the economy is headed. What is all the data telling you now about the state of the world?
Alibaba.com is a platform that provides leads to businesses operating on it. In our experience, from the time an enquiry is posted to the time a transaction actually goes through, it takes anything between three to six months. That allows us to forecast which way a particular economy is headed six months before events actually come to pass. So if I were to look at my crystal ball, the US is starting to turn around. Actually, we’ve been saying this for almost three months. Small businesses there have started to restock. But Europe hasn’t seen the bottom of the barrel yet. The real recovery though is coming from emerging markets like China, India and Brazil where domestic demand is high. But overall recovery will take a while.
What’s really interesting though is that we’re seeing more regional transactions than global transactions after last September’s crisis. So, for example, Indian trade with the US has decreased. But transactions with other South Asian countries are moving up.

Any sectors leading the turnaround?
Textiles and daily consumables, I’d say.
You’ve always said technology companies from the West trying to enter China don’t get it. What don’t they get?
First, that politically China is one country, but economically it is not. Second, you need to limit your appetite. Don’t consider the entire population of 1.3 billion as your market. You need to focus on a region or a segment of the population. Third, to understand the regulatory framework, a local partner is very important. And finally, a lot of companies think of China as a developing country. Therefore, they think it is okay to get in with second-tier technology even though they have better to offer. If you do that, your brand will be thought of as second-tier.

What you say is true of India as well. Is there a trick or two Indian entrepreneurs can pick from the Chinese?
In China, we are lucky we don’t use English. That makes it very difficult for Internet giants to penetrate into the country. Unfortunately or fortunately for India, English is the main language. Whether it be a Google or a Yahoo, they build their platforms in English and it is easier for them to get in. But look at their records in countries like South Korea, Japan and China, where language is an issue.
The other thing is, to be an Internet company, you have to be very fast. I am not criticising India for being slow. Slow has positive connotations as well like being solid. But on the Internet, you don’t need to be very solid, you just need to be very fast. Models work in China by taking innovative models from America and redesigning them for China.
And then, there are your engineers in the Silicon Valley. The Chinese are going back home. But not too many Indian engineers are headed back home. They continue to make Google stronger.

You have global aspirations as well. How do you play the game when you go to a market that is new to you?
American companies believe the whole world is their market. They look at a market and then decide how much to give their local partners. And then they try to teach their partners what the American way is.
We don’t believe the whole world is ours. We believe we are lucky if our partners outside China give us something. We are happy with 30-35 percent. We believe a good global company is local everywhere. Being a global company does not mean you have one model. It means you have one standard. That is why in every country we get into, our partners hold a majority stake.
And from the operations point of view, we don’t teach our partners how to do business. We share what we have learnt. If we believe we know better about India than the Indians, then we ought to be coming here on our own.

Everybody in other parts of the world seems to view China and the Chinese with fear. How much of an issue is that when you go abroad to look for business?
Look at it this way. People don’t get afraid of overseas Chinese coming from Singapore or Hong Kong. Yes, we are from mainland China. That is why we keep asking ourselves, why are people not afraid of the Chinese from other parts of the world. I guess it is because they come from smaller places and smaller places are perceived as less of a threat. The other thing is people are afraid of China because it exports things. We keep telling everybody, Alibaba doesn’t export anything. No physical products, services, or for that matter like the Americans, ideas, culture, values, nothing. We’re not here to take anything away or impose anything. If you don’t need us, we’ll just disappear.

E-commerce in India has had a fairly chequered journey. Awful logistics, lack of trust between buyers and sellers, not enough credit cards — what was it like in China?
All the problems you talk of are worse in China. When we started TaoBao to compete with eBay, eBay had 90 percent of the market in China. We had a single digit share. Six years down the line, we have 85 percent of the market share. Of the 300 million users in China, 200 million are on TaoBao. How did we do it?
You got to understand one thing. Trust is priceless. We needed to make it valuable. So we created a system where only people who earn trust can do business. To do that, we worked hard to build an online credit bureau and opened it up for everybody to see. But we had to offer more incentives. So we tied up with banks to offer people with higher credit scores loans at lower rates. We also penalised people who violated trust.
We changed the most difficult logistics company in China: China Post. We told them, we have four million parcels originating from TaoBao everyday. If you want that business, you follow our customer standards. If you can’t, we give it to your competitors. Today, they handle two million of our parcels. I’m not saying all of China Post is great. But for TaoBao, they work well.

Do you think you can export the model to India?
I don’t know. We used this model to kill eBay in China. But will it work in other parts of the world? I’m not arrogant enough to say it will.

You claim 138 percent growth last year and one million suppliers and buyers on your India operations. Sounds almost too good to be true.
I think we have been lucky. The network effect has worked for us. And our model is similar to the mobile business in India. Get people to use it. Value can be had later. That is how a service industry should penetrate.

And what is your average revenue per user?
India accounts for 11 percent of our users and the US accounts for 16 percent. But if you look at revenues from India, it is less than one percent. So that gives you a sense of where we are.

Alibaba has an aggressive reputation. What explains the patience on display now?
We are patient when it comes to revenue and profitability. For the first four years, Alibaba.com did not make any money. TaoBao didn’t for six years. So why should we hurry to monetise India? We are only a year old here. If you ask a baby to make money in year one for its parents, that is unfair. But we want to accelerate growth in the country. And it has to happen in a very different way. There are not enough Internet users in India. We never said we are an Internet company. We are a service company. And we use e-commerce to help SMEs. So if mobile solutions are better for India, then that’s the way we have to go.

(With additional research by Rohin Dharmakumar)

Alibaba.com has an alliance with Infomedia18 in India. Infomedia18 is part of the Network18 group, publisher of Forbes India