Globally benchmarked petrol prices will eventually be accepted, says the outgoing chairman of HPCL, Arun Balakrishnan. Forbes India catches up with the man who steered the firm through price control 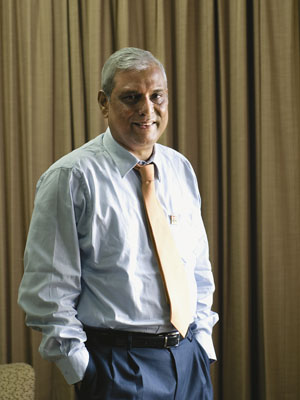 Why did you decide to move HPCL’s 60-year-old refinery in Mumbai out of the city?
Over the years the city has crept in around the project. After the Jaipur fire, it is scary how so many buildings have been allowed so close to an oil refinery. Our profits (refining margins) have been lower because of old machinery. The brand new 15 million tonne refinery at Alibaug or Ratnagiri will be much more profitable — it will be able to use a vast spectrum of much cheaper oil.

How do you see the partial decontrol of fuel prices, announced by the government, panning out?
We are very clear that petrol prices will now be changed according to international movements. We are monitoring prices on a daily basis. Obviously, if the international prices go up beyond a point, we will not be allowed to pass it on to consumers. We are very hopeful that the economy will, over a period, be able to absorb the real price.

Oil companies are often accused of making profits in the hundreds of crore, and yet crying about `under-recoveries’.
You must understand that our capex requirement, even for just continuing to be where we are, is very high. For a company with a turnover of Rs. 115,000 crore, we need a capex of at least Rs. 4,000 crore. If we have a profit of Rs. 1,500 crore, most people think we are doing very well, but we obviously are not. We need to constantly keep investing much more than that every year.

HPCL’s record in investments overseas has not been great.
We did a strategic review of our overseas ventures a while ago and figured that it is better to stick to India, where the market is growing faster than much of the world. Of the four joint ventures we have, the upstream company Prize Petroleum, is the only that is yet to break even. We have not been lucky with oil exploration. We tried to get into fuel retailing in Fiji, but the country went into a forex crisis and we had to wind up there.

Within India, with petrol prices decontrolled, are you expecting competition?
There will be re-alignment every time a strong player like RIL comes into the market. But we are confident of our own reach within the country. We have spent the past four years, reviewing our position state by state. We were number three in many states, we have found out the problems and our market share has gone up in the last five years. Much of our expansion has been in rural Uttar Pradesh, Bihar, Jharkhand, Chattisgarh with low cost retail outlets. We expect demand to grow from here and these outlets will not be easy for others to replicate. We have a new pipeline supplying products to northern India. Traditionally, we have depended on Indian Oil for support in northern India. This is no longer necessary.

What about your investments in ethanol? How are sugar mills in Bihar part of HPCL’s strategy?
We are very excited about the potential for ethanol. It is here to say, and we need to be part of the chain. We have taken over two sugar mills and are looking for more investments once we get to know the business better. We have lots of learning with dealing with the farmers in our mill area. Production will begin end of this year and the economics are looking good.