No Business Model Can Last Forever

Claude Smadja who is retiring from the Infosys board, talks to Forbes India about the adjustments the company will have to make to become a truly global behemoth 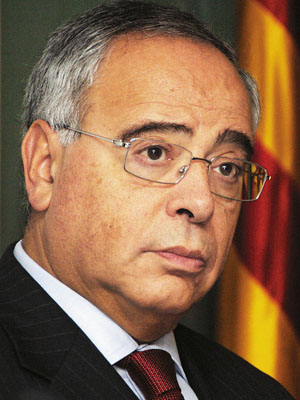 Claude Smadja
Age: 64
Designation: Retiring as Independent Director, Infosys Board
Education: Graduate from University of Lausanne, Switzerland
Career: Director for News and Current Affairs, Swiss Broadcasting Division. Between 1996 and 2001 he was the MD of the World Economic Forum. He founded Smadja and Associates, a strategic advisory firm, in 2001.

When you look back on your 10 years on the Infosys board, what were the highlights?
Quite obviously, one key milestone was when the company reached the threshold of a $1 billion turnover; it was quite a turning point. That is one memory that will remain very strongly with me. The second one — not in chronological order or order of priority — was when Narayana Murthy stepped down as executive chairman and became a non-executive chairman. It signalled that the company had strong processes and rules for succession planning and corporate governance, and that even someone like Murthy was following the same rules and processes, like everybody else. The third was when Nandan Nilekani stepped down and Kris Gopalakrishnan and S.D. Shibulal took over. It showed the seamless transition and solidity of the management structure and management processes that have been instituted.

When you joined the board in 2001, Infosys was a very small company. What attracted you to it?
What attracted me was the emblematic value and the reputation the company had already achieved. I was looking at the company even before being invited to the board. I was looking at it from the point of view of the potential and capabilities that India had and that India needed to develop. As somebody who had analysed Indian economy, on many occasions, Infosys — especially at that time — was absolutely a kind of beacon. It remains so in many ways.

The founding members of the company, especially Murthy, were already respected for their integrity. So for me, it was not only an honour and privilege to be invited to the board, but also a golden opportunity to watch from the front row; and also to get involved into the kind of development an Indian company aspiring to a top tier global corporation was undergoing.

Indian IT companies are still small compared with peers like Accenture and IBM. Do you think Infosys will become as big?
Can Infosys be a $10 billion company? I would say yes, without a doubt. Can it become a truly global corporation? I think it can, but this requires a number of adjustments. It will have to continue attracting talent in view of the intensive competition. How will the company nurture the assets it has, how will it continue to remain the company of choice for young talented people? How will it maintain its corporate culture as it globalises more and more? These are challenges it will have to overcome.

Next year N.R. Narayana Murthy steps down from the board. How big an impact will that have on the company?
When Murthy gave up his executive role on the board a few years ago, he physically moved out from the office he had occupied as a senior executive. It was a symbolic gesture that indicated that all aspects of transition were implemented. Murthy has a lot of international profile and it will be foolish to underestimate the kind of emotional and psychological impact it will have on the company the day he retires totally. So Murthy’s departure from any official position will be more an emotional, transitional threshold than a drastic change in the way the company elaborates strategy.

Given that Infosys is very risk averse, can it make the transition to a non-linear model which is more unpredictable?
When I joined the board, Infosys had 17,000 people. Today, it is at 100,000 plus. No business model can be expected to last forever and Infosys has been operating under that model for many years. We can already see elements of a non-linear growth model that have been put in place. I think the challenge is — can the change happen fast enough? How will it impact profitability and margins? And how does the company remain one step ahead of the curve?

(This story appears in the 24 September, 2010 issue of Forbes India. You can buy our tablet version from Magzter.com. To visit our Archives, click here.)

Tweets by @forbes_india
The New World of Investing
Why Are Gold Biscuits Better?