What is the most important outcome of four years of the RTI Act?
[The most important thing is] It has initiated a systemic change in maintaining records. Our record-keeping system goes back to the time of the Mughals. The British retained the system. For example, the British do not have district collectors in their system. It is only in India that they inherited it from the Mughals. We never really had a change in the record-keeping system since then. The RTI is changing it now. Departments are more vigilant in proper documentation and maintenance of records. 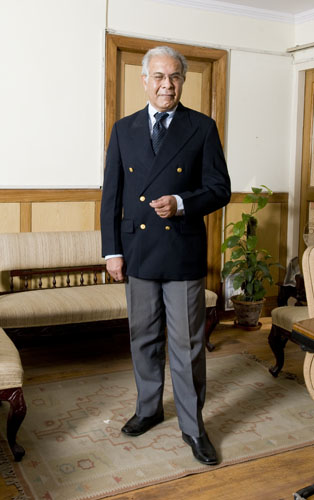 Image: Amit Verma
Wajahat Habibullah, Former Chief Information Commissioner of the Indian government
How has the bureaucracy reacted to people asking for more information?
There is an adversarial relationship between the information seeker and the information giver. However, it is slowly changing. The senior level of the bureaucracy is now finding it a useful way of knowing public perception.

A study by a NGO found that there is a fair chance of the information seeker getting a favourable order from the Information Commission but is still unable to get the information. How do you propose to tackle the issue of non-compliance?
It is true that many departments have not complied with our orders. I have just instituted a mechanism within the CIC’s office for monitoring and following up on compliance. This cell will follow up an order and see to it that it is complied with.
You have over 10,000 pending petitions. Do you think the CIC should expand?
There is no need to expand the CIC. The number of people will automatically come down when Section 4 of the Act is fully complied with. [Section 4 of the RTI Act says public institutions should voluntarily disclose all information to the public.] That is the next stage of the RTI process. Once every department
puts up information on Web sites, there will not be any requirement to approach us.
Is it possible to nationwide introduce the Bihar system of filing RTI queries through telephone?
That system does not work in every case, mainly because the voice application is recorded and maintained by the telephone department and not the department to which the query is directed. It cannot therefore be applied universally.
There are many instances in Bihar of applicants not being able to get the information even after a lot of running around.

Is there political resistance to RTI?
Actually I think it is the other way round. The late Andhra chief minister Y.S.R. Reddy once told me that he was convinced that RTI had played a crucial role in his reelection. Reddy believed that his government was perceived to be more transparent because of RTI. Delhi chief minister Sheila Dixit also told me that she had a hunch that transparency had helped her in elections.