Sudhir Trehan: We Need a New View at the Top 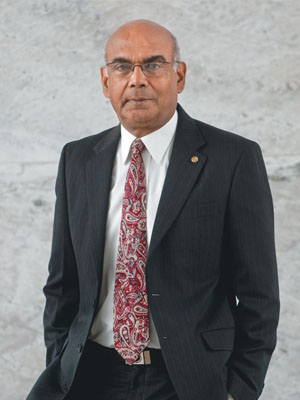 You’ve been responsible for seven acquisitions by CG in your stint at the top. How did you manage the integration of all the companies?
Our acquisitions have been for strategic reasons and not merely because we found an asset that was going cheap. Earlier, we were wary of making changes that could impact the ‘culture’ of the company. This often slowed down  progress. A group such as ours must have its own philosophy of doing business, irrespective of where in the world it operates. Only then can it create value. If the culture of the acquired company was so good, why would it get sold in the first place? Over the years, we have developed an almost standard procedure to bring the acquired company into our fold.

What is the sequence of events after you buy a company?
We have always acquired 100 percent of a company. This ensures that we can derive synergies without having to worry about other stakeholders whose interests may be different. The first step is to integrate the MIS and finance systems. Then we set up joint teams of middle level managers, from both companies, to look at the key areas for integration. We have found that it makes more sense to have young people on this team, and not heads of departments who may have entrenched interests that would make them resistant to change. The teams are given a fixed time, usually about 100 days. After this, the implementation phase is rolled out. Here the senior managers take over and it is a longer process of ironing out the problems and getting the desired results.

You have to eventually convince the employees that integration makes sense. Many of our acquisitions involve technology transfer. This cannot be forced, since some key portions of it are not on the server, but in people’s heads.

Laurent Demortier, from Alstom Power, takes over as your successor at CG. What is the reason for hiring an outsider to head the company?
About 50 percent of CG’s sales come from abroad. We are a global company, though we still have some way to go before operating like a true multinational. We still operate in the Indian way in India, in the European way in Europe and so on. The thinking in the succession committee, of which I was a part, was that we need a new perspective at the top. We think we have this in Demortier, who comes in with experience and contacts.

You are moving on to a board position in Gautam Thapar’s Avantha group as vice chairman. The group is today diversified with companies that are in businesses that range from pickles to paper. Are there plans to consolidate?
The scope is now much wider. I will look at all the group companies. We are looking at some restructuring. Some companies will be going public and we may divest businesses that are not doing well. But I can only speak of this after four months.

Tweets by @forbes_india
Nirupama Rao: We Want to Be Part of the New Media Revolution
The Defining Debates