We Missed Out on the IT Sector

M. A. Alagappan, chairman, Murugappa Corporate Board, talks about the right successor, family businesses and the fifth generation with Forbes India

Name: M. A. Alagappan
Title: Executive Chairman of the Murugappa Corporate Board — till Oct 2009
Age: 65
Career: Started career as a trainee at TI, UK; served in different group companies; was involved in the acquisition of EID in 1981, and  CWS in 1982; Group COO in 1994; Vice Chairman of board in 2000; Honorary Consul of Hungary in India for the southern region
Education: B Com, University of Madras
Interests: Tennis

What were the three big changes you saw during the last few decades?
The first change was in 1981, when we bought EID. We didn’t grow too much in the 70s due to License Raj and our value system. The second one is early 90s, when there was liberalisation, which allowed us to then expand into a lot of areas. That was the time we called ourselves a group. The third one is the confidence in the Indian economy in the recent years, when we grew, went abroad for acquisitions. Earlier, we went for collaborations. 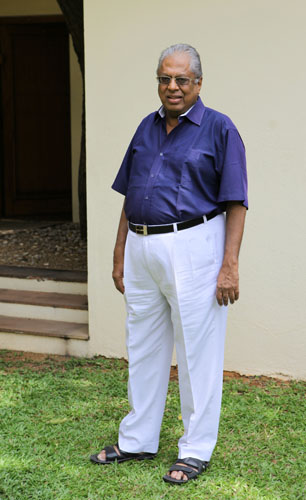 Image: Raju Patil for Forbes India
M. A. Alagappan, Executive Chairman of the Murugappa Corporate Board — till Oct 2009
Some companies made big acquisitions abroad.  Do you feel you have been too conservative?
I don’t think there were many large acquisitions. These days, you report acquisitions more than was done before. After EID, we followed it up with CWS, which was into plantation. And, in 10 years, we did 17 takeovers. Even now, we have taken over [companies]; we have not publicised it.
What about the missed opportunities? Sectors like telecom and software?
Telecom, we would never have, because the way even the first sets of licenses were given would have gone against our values. What we did miss out was the software sector, IT. We had an IT company. When PCs came in, we felt that our model was not right. We shut it down. We are in a small way in IT today, but we could have been much larger.
Cholamandalam DBS faced problems. Do you now think you went a little too aggressive?
When I wanted to do that it made sense. But I think the model we followed, and it was at the advice of our partners, was probably wrong, we ramped up too fast. What didn’t help us was the drop in the economy last year. If that didn’t happen, you would not have asked this question.
Family run companies are supposed to be safe havens in the time of crisis. Do you agree?
Only reason they do better is that, in any of these crisis, they are able to pull back faster than a large organisation. We downsized so quickly none of your papers even knew that we did it. When Jet Airways, wanted 1900 cabin crew to go, there was a showdown. We also sent out that many during the same period. Nobody knew. Because of our involvement in the business, the way we handled it was more humane.
Is there resistance to non-family members running the group?
What matters is who can do the job best at a stage. At that stage, we felt that we needed someone to give us an outsider perspective to business. But then, we have learnt. After he left, and I took over, we have doubled the turnover of the group. How many non-family members can say in three years they have done it. Now, the next person [who succeeds Mr. Vellayan] could be an outsider. The person who replaced me is one of our CEOs and why shouldn’t he aspire to be chairman?
What will be your own role from now on?
Corporate CSR activities, a school being run in my father’s trust; United Way, another worldwide CSR organisation is starting its Chennai chapter and I am taking chairmanship. And then, there is my love for tennis.
What about mentoring the younger generation?
The fifth generation boys are very good friends of mine. For the last four years, I have always had time with them. If [we] are in Chennai together on a day, we meet up.