How Do Foreign Companies Market to India?

Even in a globalized world, culture can create real differences in how products are received from country to country. This can lead to both challenges and opportunities for businesses, according to Julien Cayla of the Australian School of Business.

Q: What challenges do foreign companies face in entering the Indian market?
Some companies, just because of their name, appear alien to Indian consumers. If the company is involved in a category where consumers look for global signs of social status, then that foreignness can be played to advantage. But for categories like packaged food, it often doesn't sit well with consumers. So you see a company like Pillsbury making very clear efforts in their advertising to show that their foods fit into traditional Indian family structures.

The other common challenge comes from offering new types of products. Commodities that we take for granted in the West might not be completely new, but they don't have the same kind of penetration in India. Take shampoo or toothpaste and you will find that the market penetration of these products is actually quite low when compared to Western countries. For example, the penetration of toothpaste in India is only around 50%, while for shampoo it is around 30%. 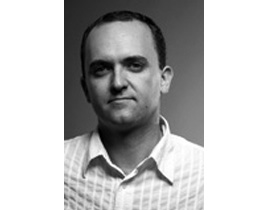 Tweets by @forbes_india
Applause!
Anatomy of the 3G Auction