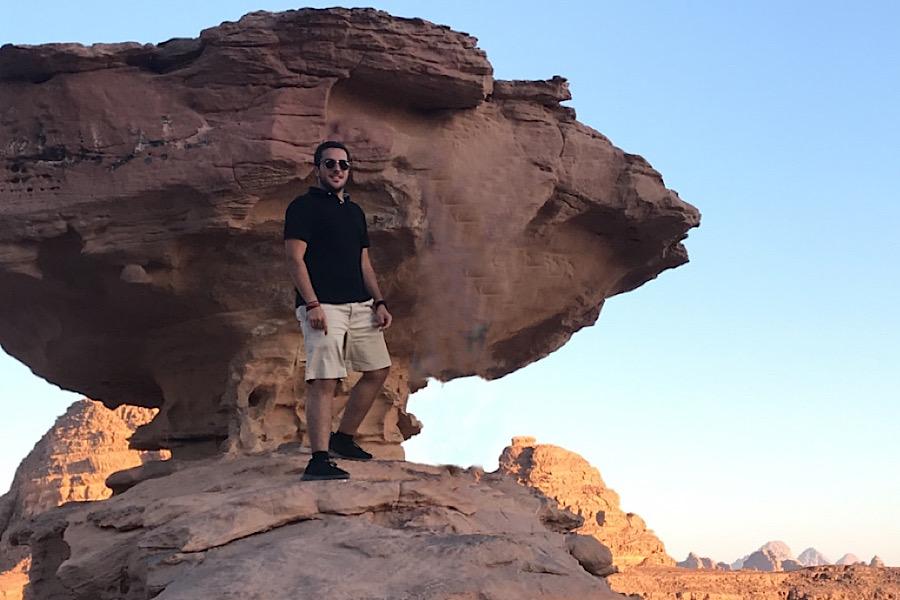 Ibrahim Ghazi Ibrahim or Ibrahim², as he is popularly known, likes to stay anonymous to the rest of the world, despite the fact that he is a well-known social media strategist. Kind of an oxymoron? Doesn’t matter. Despite not showing his face much, his Instagram account followers stand at 145,000: only a fraction of his network’s 120 million follower base. He built strong relationships with celebrity clients like Tai Lopez, Lil Pump, Eric Damier, and, our very own, Diljit Dosanjh, through his media agency, iBoostReach.

Ibrahim’s media agency helps interested clients in ‘brand strategising, search engine optimisation, and social media marketing.’ In simpler words, the agency helps clients establish a robust presence on social media, all thanks to Ibrahim’s blend of artistic viability and commercial appeal. At the time of its launch, in 2014, iBoostReach was touted to be “a new influencer marketing agency tailored toward Entrepreneurs & Musicians….” Run by a team of social media entrepreneurs and spearheaded by this Jordanian prodigy,the business is running smooth and spreading wings too. It has touched base in India recently.

In his own words, “I was first introduced to India, virtually, through other business entrepreneurs who I partnered with and who helped grow my business. And the more I grew, the more I also realized the richness of culture and values that India has, and how it is so colorful in terms of aesthetics but also attitudes, perspectives, ideas, and energies. India makes one go inside themselves and that is a very powerful place— it is one I value. After my trip to the Golden Triangle last Summer, I was humbled by the work ethic that Indians have: how they are relentless, committed to openness, and extremely generous.”

Drawing from his global experience, Ibrahim connected with the humane side of life more closely. This process was enhanced by the fact that he went to diverse educational institutions like the United World College of Costa Rica before making the University of Florida’s Honors Program his current stop. At one point during this journey, Ibrahim says he realised that instead of simply selling a service, he is passionate about innovating and disrupting the system. From his belief that music is what heals one from the inside, he hopes to dedicate his life to creating work that is driven by his philosophy of seeking discomfort, pursuing truth, and most importantly choosing love as his driving force. Perhaps, that is the reason why he wants “to be someone musicians trust.”

In working with musicians like Diljit Dosanjh, Ibrahim saw them as more than clients, but rather as mentors and friends who have continued to goad him to taking risks and curating new ventures, like his own record label. Though, the idea is still in germination, Ibrahim has his wishlist of artists ready. It includes the likes of Frank Ocean, Daniel Caesar, Jorja Smith, Kanye West, and ZHU.

So, here is to Ibrahim hitting the right notes in this new journey that he seeks to embark upon soon. Disclaimer: The views, suggestions and opinions expressed here are the sole responsibility of the experts. No Forbes India journalist was involved in the writing and production of this article.