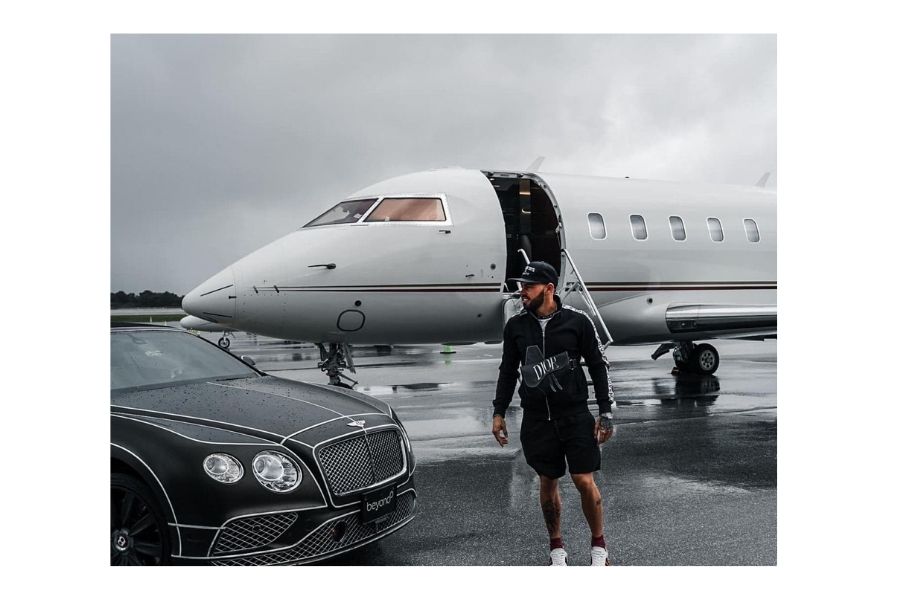 People from their early childhood are always trained by family members and society to keep moving forward. They are taught to set high goals and achieve them. But not often are they taught how to cope with the setbacks and failures that come. Many people lose their encouragement, excitement, and dedication when this happens. The people who learn from their experiences and move beyond their doubts and fears are the ones who become the best version of themselves and achieve massive success in life. One such man who has moved beyond the tough phase of his life and is a highly successful entrepreneur today is Mr. Scotty Huss. Scotty Huss grew up in Port Charlotte, Florida and was born on the 23rd of September 1997. He attended college at FIU (Florida International University) and finished as a sophomore with his associate's degree. Scotty comes from an average middle-class family and was raised by his mother and stepfather. Much of Scotty’s motivation comes from when he was younger. When he was just 9 years old Scotty watched his biological father go to prison. From an early age, his parents taught him to go to school and get good grades with the hopes of getting a good job out of college. What they didn’t know is they were setting him up to work the “40-40-40” plan. What this plan means is to work a job for 40 hours a week for 40 years and then retire on 40% of your basic salary. However, he always had an intuition that he will end up living in a large city and would earn a big name for himself and his family. He first started realizing his dreams and desires as a child and fortunately, has achieved these dreams and continues to do so. The foundation for Scotty’s successful career first formed in high school from participating in bodybuilding competitions. Practicing bodybuilding taught him a couple essential characteristics that he uses today, self-discipline and how to form a vision for a goal. He would be self-disciplined for months at a time just to meet the end goal. This consists of healthy habits such as working out multiple times a day, eating healthy, and not missing a meal. Learning to form good habits and a have a stable routine was necessary to win the bodybuilding competition. Around the same time, he started working in a gym for extra money. While he was working there, he was fascinated by the young and wealthy people going there daily. Scotty knew deep down that he had it in him to become wealthy like them. Scotty accredits much of his success to having mentors. He was first introduced to them on a phone call. After trust was established, he flew out to Utah to meet with them and pursue his current business. Shortly after, Scotty decided to partner with a Network Marketing company. This company is a multi-category experience designed to give customers a wide range of products and opportunities across the 2 main focuses- heath and wealth- to create a perfect lifestyle. Scotty chose to work with this company because according to him this is the most lucrative company in the current marketplace. "Compared to other companies, the average person has the best chance to make a substantial income” says Scotty Huss. Apart from working with a network marketing company, he is also engaged in a few side-income businesses. He is involved in selling Amazon automation stores and provides one on one coaching and mentoring to people who are aspiring entrepreneurs. Recently, Scotty also partnered with a social media marketing company to help business owners gain online sales and create an online presence. One of Scotty’s goals he is proud of achieving is that he turned his yearly income into his weekly income. He has single-handedly earned enough money to make his mother financially stable and secure. Something Scotty is well known for is he has helped countless people quit their part-time jobs and become entrepreneurs through his mentoring. By the end of his life, Scotty’s ultimate goal is to positively impact the lives of 1 billion people. He believes in the power of god and wants to share with the world all that god has done for him. He believes that if you want things in your life to change, you have to change everything in life. To learn more about Scotty Huss, visit his Facebook profile or his Instagram profile Instagram- @scottyhuss Facebook- Scotty Huss The pages slugged ‘Brand Connect’ are equivalent to advertisements and are not written and produced by Forbes India journalists.