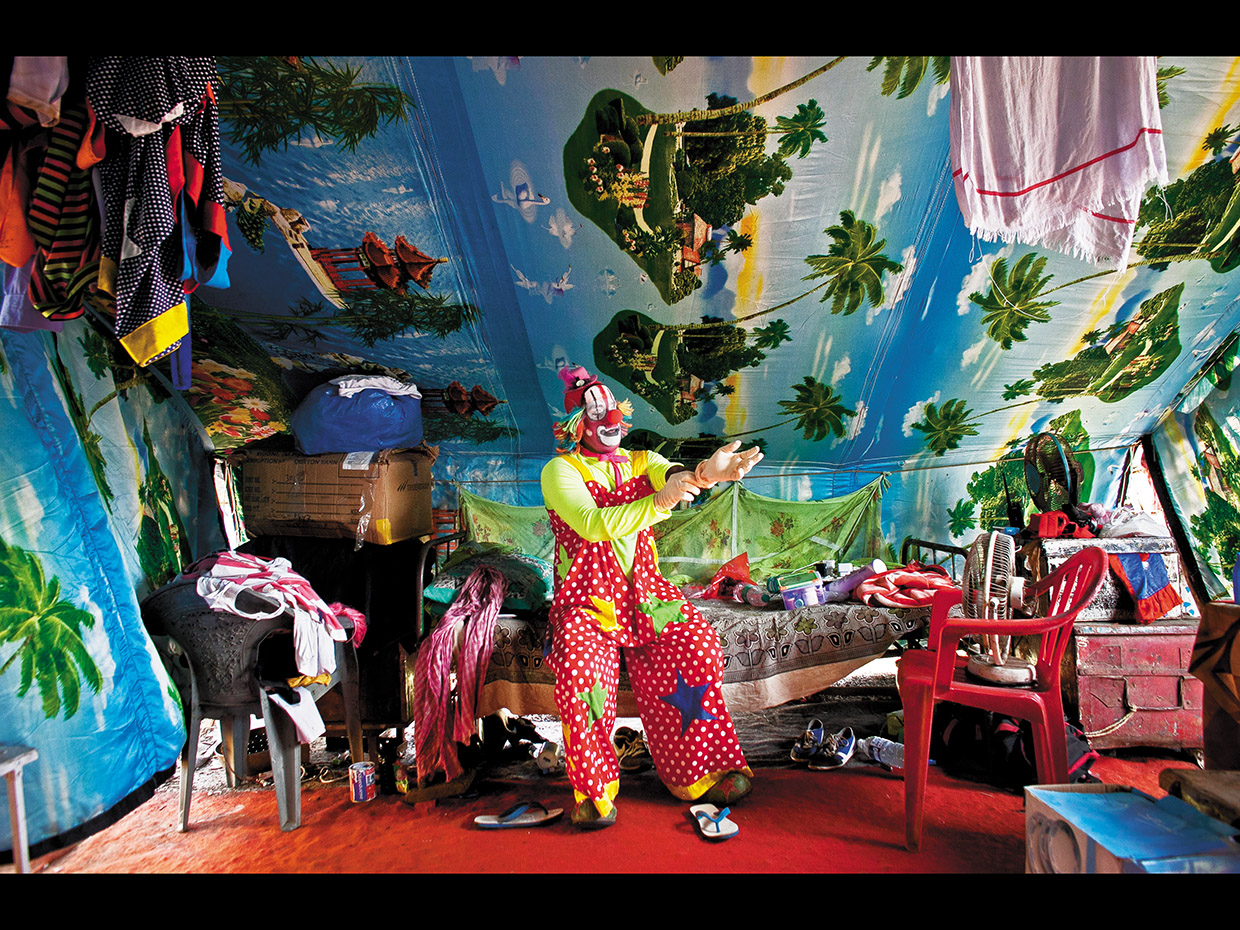 1/11
Circus worker Biju, in clown makeup, relaxes before a performance at the Rambo Circus in Pimpri, Pune. The Rambo Circus travels throughout India and hosts visiting circus artists from Ethiopia, Nepal and Russia, among other countries


Make others laugh. That’s expected of clowns. After all, they are symbols of fun, frivolity, and happiness. Well, not quite.

Often, they present themselves as objects of ridicule only to reveal an anarchic streak, unsettling you even as they amuse you.

As jesters, jokers and harlequins, clowns appear in most cultures around the world. In the earliest instances of recorded history, African pygmy clowns entertained the Egyptian pharaoh Dadkeri–Assi during Egypt’s Fifth Dynasty in around 2500 BCE; a court jester, Yu Tze, is known to have laughed at Chinese emperor Shi Huang-Ti’s plan to paint the Great Wall of China, which led to the idea being abandoned thus saving the lives of thousands of labourers. Hernán Cortés conquered the Aztec Empire in around 1520 AD and was astonished to find Aztec fools, dwarf clowns and hunchback buffoons in the ruler Montezuma’s court. He took them all as treasures to gift to Pope Clement VII. But ancient Rome too had a comic figure in the mimic fool, aptly named Stupidus.

In the sixteenth century, the Commedia dell’arte, a highly improvised Italian theatre, led to the creation of the harlequin, a comic trickster. On London stage, Joseph Grimaldi made the clown the leading character of the pantomime. He changed the way they looked and lampooned the events of the time to be rightly considered the father figure of the modern clown. Closer home, Tibetan and Himalayan Buddhism have given the figure of the holy clown an absurd twist, leaving room for these figures to confound the seriousness of mystical rituals and public ceremonies with a certain playfulness that is meant to trigger philosophical reflection.

Recently, clowns have been making appearances at unexpected places and events across the world, some even scaring ordinary folks in sporadic incidents, giving the community a bad name. But those with a heart—a warm, sympathetic and funny heart— are keeping the art alive. Reminding us what it means to be human and vulnerable.