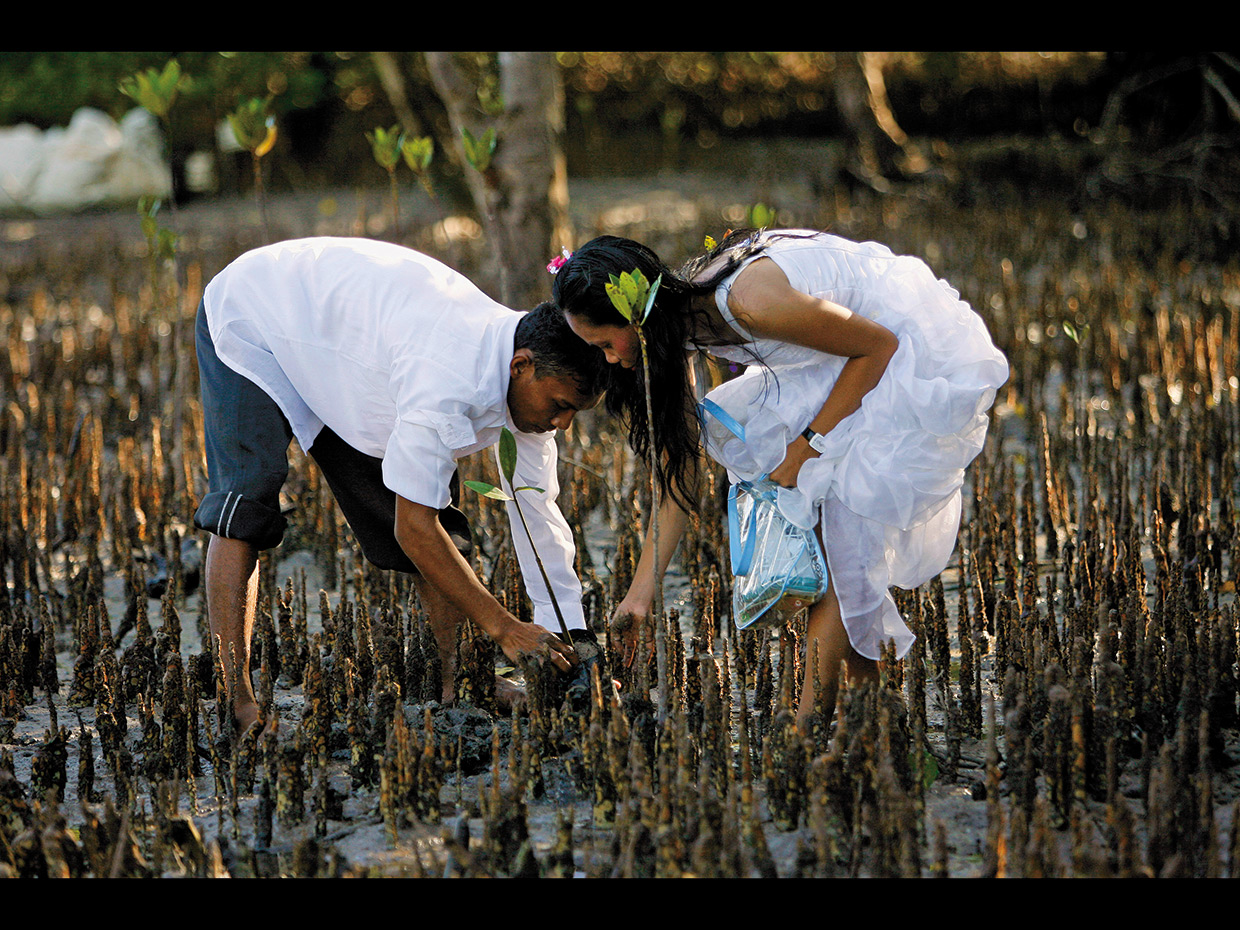 Love. There are as many ways of expressing it as there are kinds. The romantic urban young in India may have been taken in by the novelty of saying it with flowers, chocolates or cards, but none of it will resonate with a generation before it. But then, the older generation did weave around trees, didn’t it? (Of course, ‘that generation’ will nod to the sentiment that the weaving is a metaphor for the nature of love itself.) Nor will it connect with the current e-generation, caught in the world wide web of expression.

It is only fitting then that the origins of Valentine’s Day or V-Day—and the story of its patron saint—are shrouded in mystery and clouded by human imagination. Legends associated with the saint’s persecution and martyrdom are at the heart of early beliefs. According to the Catholic Encyclopedia, there were at least three early Christian saints by that name—a priest in Rome, a bishop in Terni, and another St Valentine of whom nothing is known except that he met his end in Africa. And all of them were said to have been martyred on February 14! One theory that has gained ground is that the Church used the day of St Valentine’s martyrdom to Christianise the ancient Roman festival of Lupercalia, a pagan fertility feast that was held around the same date. Lupercalia was not for the faint-hearted. It involved men sacrificing a goat and a dog, then whipping women with the bloody hides of the animals, believing it would make them fertile. Fortunately, the fete grew sweeter as the years went by.

The first recorded association of V-Day with romantic love is in the poem ‘Parlement of Foules’ (1382) by Geoffrey Chaucer, where he wrote: “For this was on St Valentine’s Day, when every bird cometh there to choose his mate.” By the 18th century, exchanging hand-made cards on V-Day became common in England. In 1797, a British publisher issued The Young Man’s Valentine Writer, which contained sentimental verses for the young lover unable to compose his own. The industrial revolution ushered in factory-made cards in the 19th century. With the 1840 invention of the postage stamp, it became possible to exchange cards anonymously; this is taken as the reason for the sudden appearance of racy verse in an era otherwise prudishly Victorian. In 1913, Hallmark Cards of Kansas City began mass-producing V-Day cards. February has not been the same since. And the internet is creating new traditions.

But why reduce the expression of love to a mere day? It can neither be restricted to a day nor to a culture, as you will find in this slideshow.

PHILIPPINES, PALAWAN: A newly married Filipino couple (top) holds mangrove saplings before a unique Valentine’s Day mass wedding ceremony of 100 couples in Palawan. The city council encourages couples to love each other and also the environment