Imran Khan: Why I'm Not on Social Media 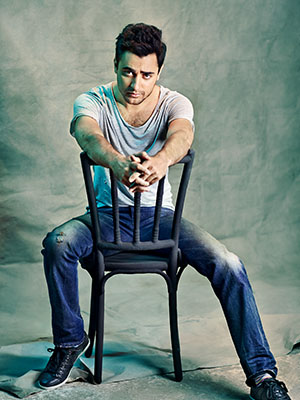 The level of information that Facebook has on people is remarkable—and we volunteer it. If the government asked these questions, I would say, “Why would you care who I’m married to or who I’m dating? It’s none of your business! Why do you need to know what music I listen to, man? You’re the government. Go away.”

But if Facebook asks, I tell them. I tell them all the TV shows I like, I tell them my favourite colour, I show them where I travel, I do regular 'check-ins.' If my friends went some place last weekend, and I check in there as well, I say, “Hey guys, I took a photo in the same place you were.” So, they geo-tag me, they follow me everywhere, and all this on the basis of information I voluntarily upload onto Facebook. This is information that, if anyone else asked, I would never tell them. That’s why I never signed up for Facebook.

I’ve recently started using the Tor Network (a free, online anonymity tool and network, used recently by Edward Snowden) just because I don’t like the fact that every website I go to pops up with Facebook, G+ sign-in and ‘Like’ prompts. And though Chrome allows anonymous browsing, it is still owned by Google, and I don’t want them to know either. When I’m walking down the streets of a city, I should be free to walk wherever I choose. Similarly, when I’m roaming around the internet, I should be able to go my own way. If I found a forum of like-minded people, people I want to talk to, I’ll open up. Elsewhere, I’d rather just want to watch from afar. But it should be my choice whether to leave a record of where I’ve been.

I dislike Twitter too, but for different reasons. In 2009, I had a Twitter account because the makers of one of my films wanted to promote it online. So when I started shooting, I created a Twitter account and tweeted through the shoot. Once the film was released, I deactivated my account. That was July-August 2010.

What, in my opinion, is wrong about Twitter is that it gives everyone access to you. I’m not very good socially, I like small, intimate gatherings where you can engage with people one-on-one and you can actually formulate opinions about one another honestly, organically. Take my phone: I choose who I give my phone number to. If there are people I don’t want to hear from, I don’t give them my phone number. Likewise, I have a security guard at home who will check people before they come in. With Twitter, I’m allowing everyone in the world to communicate directly with me without a barrier. As a public person, there are people who love me and people who hate me. Everyone in the world, anyone who has anything bad to say about me, now has a direct line to me. And it’s alarming.

Forget about me, Amitabh Bachchan is on Twitter. He’s one of the most respected people in the film industry and the country. Whether you like his films or not, the man is worthy of a certain respect because he has earned that through his work. Now, take a guy who wakes up one morning, he hasn’t showered, hasn’t dressed, and he sends out a message, “F*** you, you are a b******.” And it lands in Mr Bachchan’s inbox. Who is he, that he should be allowed that access? Try saying that to his face, his security guys will ensure he is never heard from again.

With Twitter, people get a sense of strength or power: I can reach out and I can throw a stone at this guy. I can punch him, I can hit him. You’ve not done anything to earn it. Why should I give you that?

Part of living life in the public eye is knowing that people like you and dislike you and that’s okay. But if you dislike me, sit in your room and stew in it. Choke on your dislike, choke on your hate.

I’m not going to give you direct access to me.

In any case, Twitter isn’t that important. It’s not worth the hassle, because of the numbers. When I was on Twitter, the guys with the highest number of followers were Salman Khan, Shah Rukh Khan, Amitabh Bachchan—they had 5 lakh followers, 10 lakh followers. What is 10 lakh people spread across the world? There are more people in Mumbai who read Bombay Times! Ten lakh people around the globe is not enough to give me a day’s collections in Mumbai.

If, instead of putting in all the time and effort on Twitter for 4 lakh people, I give a tabloid one story on the front page, and it goes national or gets syndicated out, I’m reaching more people *snap* like that.

We give Twitter more importance than it actually deserves, because we’re all following one another. Talk to my driver: He doesn’t know what Twitter is. He knows Bombay Times though.

We give Twitter a lot of importance within our circle, the same way that we give importance to the media and PR. So, all of us in the industry open up the papers  and say, “Man, Shah Rukh Khan has built 8-pack abs. Oh shit, he got paid Rs 15 crore for this film.” Then I start to feel insecure, I tell my PR guys to put out a story saying that I’m getting Rs 35 crore for 15 endorsements.

But the rest of the world doesn’t give a damn. They open up Page Three, look at the party pictures, see which actress is showing a good amount of cleavage and move on!

We have turned this PR into something that is important because it is important to us personally. It’s actually actors taking shots at each other, directors and producers trying to one-up each other. We’re all in this one little bubble. You take a step out of the bubble and look around, and you realise that nobody gives a damn. Twitter’s the same. Consider a day a negative article appears about me. I’m furious and shattered and I’m saying the industry is laughing at me… but nobody else has read it! They’re reading about what’s happened in Bihar or Uttarakhand or international cricket news.

Bollywood is a tiny blip. We are in the bubble and we lose perspective.

Step back for a moment.

We’re making movies. We’re just telling entertaining stories, we want people to come in, watch a film, enjoy it and go out. You don’t need to treat it like international espionage.

(As told to Peter Griffin and Shravan Bhat)