The truth is stranger: The success of non-fiction writing

This year, political non-fiction, written by people in the know, shed its sycophancy to reveal secrets of the nation's leaders. As the audience lap up the controversial content, publishers hunt for the next big reveal 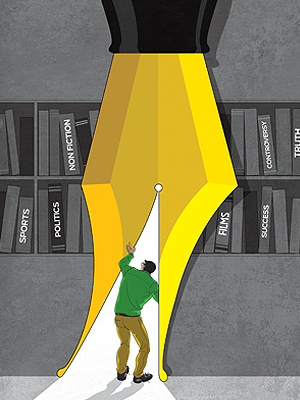 Three men privy to the wheeling and dealing that unfolds in the highest echelons of political power published books this year, non-fiction that portrayed the United Progressive Alliance (UPA) and the Indian National Congress party in less-than-favourable light. And the controversial content propelled all three books to bestseller status: The Accidental Prime Minister by Sanjaya Baru (journalist and former Prime Minister Manmohan Singh’s media advisor), One Life Is Not Enough by K Natwar Singh (senior Congressman and former Minister of External Affairs), and Not Just An Accountant by Vinod Rai (ex-Comptroller and Auditor General of India).

For a nation that clearly prefers fiction—on its release, two million copies of Chetan Bhagat’s Half Girlfriend hit bookstores on October 1—the fact that political non-fiction is gaining traction is worth noting. For the sake of comparison, the disparity between a Bhagat and a non-fiction author is stark. One sells millions; the other, a few thousand. But the trio of political books is bucking this trend.

Industry experts say that a non-fiction work in English will have an audience in India, but only if it reveals secrets the nation wants to know more about, or addresses a contentious issue. “[Such] non-fiction books have always seen good sales. They are normally surrounded by controversy, and if they have an ability to be relevant and stay in the mind of readers for a long time, then you have a hit,” says Kapish Mehra, managing director of Rupa Publications, which has published two of the three recent political bestsellers: Singh’s One Life Is Not Enough and Rai’s Not Just An Accountant.  The next big book is Pranab Mukherjee’s The Dramatic Decade: The Indira Gandhi years, again a non-fiction work which will be launched in early December.

Mehra is also the man behind Bhagat’s blockbusters in the fiction category. He feels that publishers need to have a clear strategy for every book they sell. And with non-fiction, timing is even more important. Since 2014 was an election year, it was the perfect window of opportunity for both Rai’s and Singh’s books. 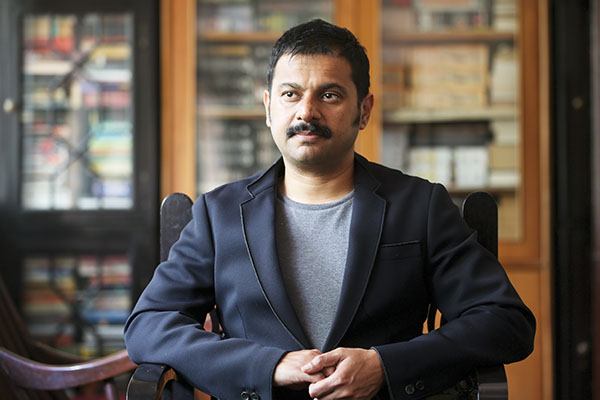 When Baru was approached by Chiki Sarkar, publisher of Penguin Random House in India, to write about his time in the Prime Minister’s Office (PMO), he took on the challenge. In less than a year, he churned out a book that was potentially damaging to the Congress party. It described how a prime minister of one of the world’s largest democracies was slowly defanged. The timing of the book’s release was extremely important. It came out on April 20, 2014, in the middle of the nine-phase Indian elections that ran from April 7 to May 12.

Baru did not expect the book to become such a big hit. “I never imagined it would, till Natwar Singh said at his book launch that he got the “courage” to write what he did about the UPA after reading my book. That is when I realised that I had done something courageous and path-breaking, and that I had encouraged others to follow,” he says in an email interview with Forbes India.

He believes that most non-fiction authors write for a small audience, but he wanted to reach out to more readers. It was a successful strategy: To date, The Accidental Prime Minister has sold about 85,000 copies. In the general non-fiction category, a book is considered to have done well if it sells around 5,000 copies. 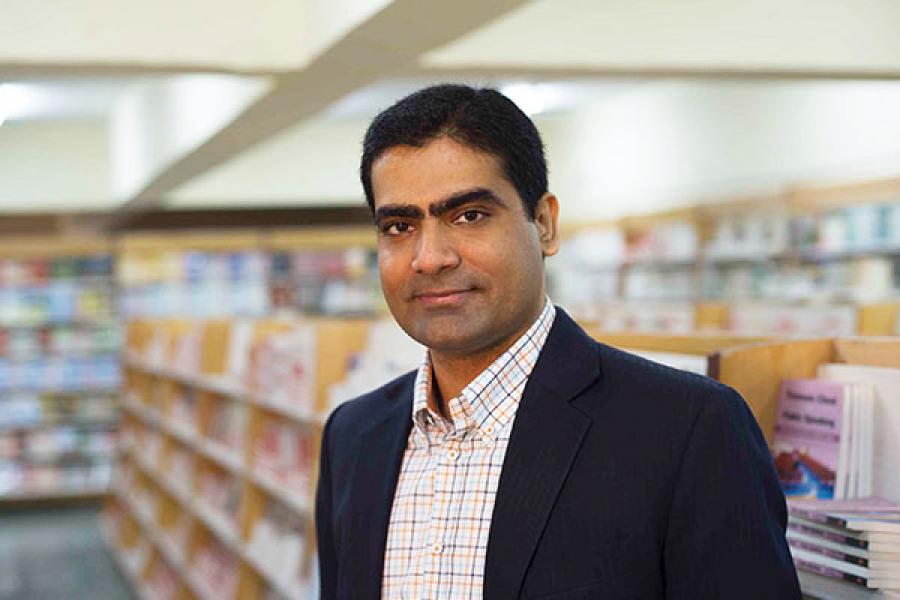 Image: Amit Verma
Kapish Mehra, managing director of Rupa Publications
One Life Is Not Enough is enjoying similar success having sold around 90,000 copies since its publication on July 31, 2014. And in his book, too, Singh, a senior Congressman, dwells on historically contentious issues such as the relationship between Manmohan Singh and Congress President Sonia Gandhi. Natwar Singh’s proximity to the Gandhi family manifests in the book as he talks about former Congress prime ministers and the relationship between 10 Janpath and 7 Race Course Road.

And while the book has all the elements of a bestseller, Mehra and his team at Rupa had a detailed marketing strategy in place. For one, there were elaborate and well-publicised events. In Mumbai, well-known journalist Pritish Nandy and eminent lawyer Ram Jethmalani, who is no stranger to Indian politics, hosted the book launch. The audience was enthralled by the 91-year-old Jethmalani’s wit and humour, and the 84-year-old Congress veteran played along, much to everyone’s delight. He even mentioned that it was Sonia Gandhi who recommended he read Gabriel García Márquez’s One Hundred Years of Solitude. Singh gave an insider’s view of political events and indulged the audience’s fascination with the Gandhi family by narrating anecdotes, not all of which were in his book. The launch was more like an event for a blockbuster author than a starchy political leader. Over the last few months the writer has signed more than a thousand books and has become a household name.

The Congress bashing continues with Vinod Rai’s Not Just an Accountant: The Diary of the Nation’s Conscience Keeper, in which the ex-CAG, through documented evidence, tries to prove Manmohan Singh was aware of discrepancies in the issuing of 2G telecom licences and coal block allocations. The book was released on August 26 and has already sold around 60,000 copies.

Because the common element in all three books is the Congress party, publishers were confident that they would be read. It helped that the news media—internet, print and especially television—kept these issues alive, and social media gave readers a platform to react. It was clear that there was a big market for granular details on subjects (and people), which can only be given by those in the know—the insiders. It was an opportunity for the Indian publishing industry, and they made the most of it, ensuring the books appeal to the masses.

Until recently, political non-fiction has been primarily hagiographical, and reader interest in these books has been limited. Apart from Indian political historian Ramchandra Guha, very few non-fiction writers have a strong readership base. But now, perhaps, is a time for change. Recent offerings have shown that instead of making a politician seem better than what he or she is, portraying the real person can tell (and sell) a better story.

Buoyed by their success and an unrealised demand, publishers have started looking for more insider accounts from former bureaucrats and politicians. The question is whether this sudden interest and surge in sales is sustainable. Or is the popularity of contemporary non-fiction books simply a flash in the pan?

A drawback, which publishers are all too aware of, is that ‘insiders’ are often one-book wonders. To sustain the momentum, they are always on the lookout for professionals, people such as journalists or professional writers, who have knowledge of events that the public may want to know more about.

Another hindrance is in verifying the authenticity of facts and legal consequences, a factor that does not affect fiction. Indian publishers, however, are optimistic about new markets opening up in the non-fiction genre. And many authors share this sentiment. 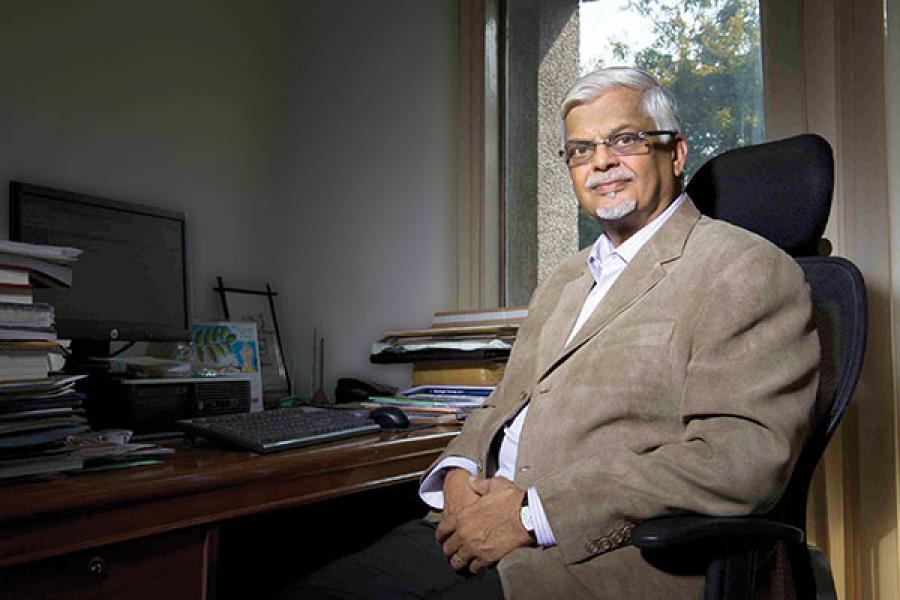 Sanjaya Baru
“Contemporary non-fiction is coming of age because when an issue goes viral or remains relevant, people want more details and a real account of things. This can come only from an insider’s perspective,” says Special Inspector General Brijesh Singh. The IPS officer is the author of Quantum Siege, a fictional story of a cop who saves Mumbai from religious fundamentalists. It’s difficult for government officers to write non-fiction because they are bound by rules, he says. “But things are changing and we will see a lot more non-fiction, especially about government and politics, mainly because publishers are focusing on finding writers.”

Although senior policemen want to move to serious non-fiction, there’s no denying the lure of true crime thrillers. Stories about real-life gangsters and cops are popular in India, and the Hindi film industry has done its bit to keep the genre alive. Both the books and the films feed off each other. And nobody knows this better than Hussain Zaidi.

The former investigative journalist is one of India’s best-known names in this non-fiction thriller genre. His book, Black Friday, on the 1993 serial bomb blasts in Mumbai, was successfully adapted to film. Bollywood director Sanjay Gupta based his film Shootout at Wadala on Zaidi’s Dongri to Dubai: Six Decades of the Mumbai Mafia.  Zaidi never thought he’d become a best-selling author. When Vikram Chandra (who wrote Sacred Games) introduced him to publisher and novelist David Davidar in the 1990s, Zaidi had no thought of writing a book. It was Davidar who suggested he examine the Mumbai serial blasts in detail. Zaidi took four years to write Black Friday.

He feels that India is going through a revolution in terms of what people are reading, and that the publishing industry here will eventually become similar to its US counterpart, which has a thriving contemporary non-fiction market, one that benefits readers, journalists and professional writers. Authors such as Malcolm Gladwell and Michael Lewis, for instance, have a cult following in the US. Their books are commercial bestsellers and top The New York Times Nonfiction Best Sellers list for months on end. “There is a lot of fiction out there, but people want real stories and details to understand issues that intrigue them,” says Zaidi.

But it is unlikely that the Indian publishing industry can replicate this kind of commercial popularity, not in its present avatar at least. “Non-fiction has a long way to go if you look at it in terms of The New York Times bestseller list. We are better off doing biographies and autobiographies, which do well in India,” says a publisher who doesn’t want to be named.

The biggest hindrance is not a dearth of ideas, but a lack of professional writers who have the means to pursue a story to its logical end. Most authors do not get an advance to write contemporary non-fiction. They have to depend on a day job to make ends meet, and work on their book at night. And by the time their book is finally published, the event—around which the idea is based—has become dated. The timing is all wrong.

This time, however, it was all right. Some journalists and authors believe that the mass appeal of the current crop of political books is more an aberration, an outcome of the election year, than the beginning of a revolution. “A real trend will happen only if we see different kinds of books in the non-fiction category. At present it is only politicians, actors and sportsmen who can sell books in India,” says Vivek Kaul, a freelance journalist and writer who recently completed the non-fiction trilogy, Easy Money.

But given that Indian readers seem to want to read books that are closer to the truth, and publishers and writers are willing to step up to the plate, fact may well become stronger than fiction soon.