Being Human: Why Salman Khan is selling clothes for charity

Five years on, the Bollywood icon's apparel brand seems to be serving its higher purpose 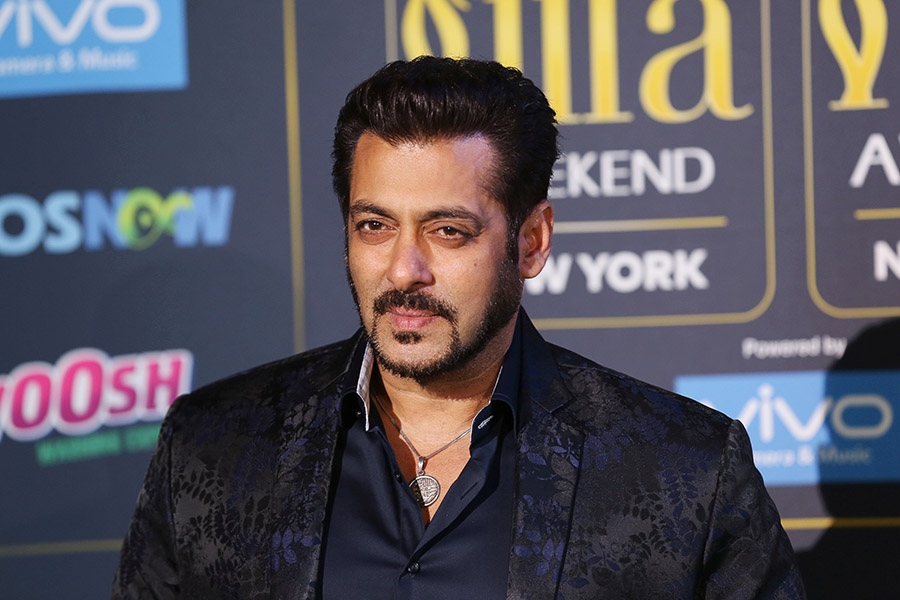 Salman Khan claims that every penny earned from Being Human is put into charity post taxes
Image: Joe Penney / Reuters

A flutter of activity heralds Salman Khan’s arrival at Mehboob Studios in Bandra, an upscale suburb in Mumbai. Staff members race to his car, whispering in hushed cohesion that “he’s here”, while bystanders look up from their phone screens.

Khan, who has dominated Hindi cinema for close to three decades along with the other two Khans, Shah Rukh and Aamir, has just begun shooting for Race 3. But today, at the studio, just a few minutes away from his home, Khan doesn’t want to talk movies. Being Human Clothing, the apparel brand he formally launched with The Mandhana Retail Ventures Ltd. (MRVL) in 2012 to support the activities of the foundation he set up ten years ago, marks its fifth anniversary and he’s here to drum up attention for that landmark.

“We couldn’t keep asking people for donations, so we set up the clothing line,” says Khan, 52, of the start, blowing circles of smoke into the night air.

We’re seated in the studio compound under a dimly lit blue tent. Even in the poor light, Khan’s angular, rough-hewn face and biceps—bulging from beneath his black Being Human polo—are visible. The Being Human brand is the soft foil to the obvious ruggedness. As is the origin story of the venture, which was triggered by his love for painting. After dabbling in it for a bit, Khan realised he was good and decided to get one of his artworks printed on a T-shirt. He wore it to actor Mithun Chakraborty’s son’s film’s music release in late 2010. Two days later, when he was driving past Linking Road—Bandra’s busy shopping street—he saw rip-offs of his T-shirt all over. “I told myself, ‘This is it. We’ll sell T-shirts to make money for the charity’,” recalls Khan.

A discussion with his family ensued and the idea took off in a small way in partnership with Cottonworld, the Mumbai-based clothing company. The T-shirt was retailed in three colours—black, white and grey—with the words ‘Being Human’ printed in small typeface. These were initially made in one batch of 5,000. “They flew off the shelves,” says Khan, “So we made another batch and those too sold out.”

It didn’t take long for him to realise that he was on to something big. He licensed the brand to Mandhana Industries, run by Khan’s then acquaintance and now friend Manish Mandhana, in 2011 for the design, manufacture, retail and distribution of clothing and accessories. In December 2016, Mandhana Industries spun off its subsidiary MRVL (formed in 2012), which handles Being Human Clothing, into a separate listed entity. “The idea was to create more long-term value for our stakeholders,” says Mandhana, adding that the company posted a topline of ₹216 crore in FY17 on net profits of around ₹20 crore. Mandhana pays Khan a licence fee [an undisclosed percentage of sales] for leveraging his brand.
At this point, I interject to ask him how the name Being Human came about, a name which took birth in 2007 when he set up his charity ‘Being Human–The Salman Khan Foundation’ to focus on health care and education for the lesser privileged.

He pauses, takes a long puff and looks into the distance. “Have you ever heard someone say, ‘Oh I’m just human’?” Before I can nod in the affirmative, he continues, “People say it when they’ve made a mistake. It’s an easy way to justify the mistake. So what we’re trying to say is that instead of using the term so conveniently, just try and do your best. Even if it means smiling at someone when you’re in a bad mood… and to forgive. To let it go. I think there should be an expiry date on animosity, on hatred, on not being able to forgive. I don’t think you should stretch that too far because life is too short to hate.”

This reflective version of the superstar is a far cry from the brash, impatient image he can’t seem to shed. After all, Khan has been under the scanner for decades: He was charged with poaching the endangered blackbuck in Rajasthan in 1998; with culpable homicide when he allegedly crashed his car into a bakery in Mumbai in 2002, killing one person and injuring four. Khan has been acquitted in these cases, but the matters still remain under trial or appeal within the judicial system.
What of the criticism, then, that Khan’s charity work is an attempt to clean up his image? “It’s okay if they think so. People say I’m successful because of what I do with the foundation. If this is the formula to success, they should also start charities,” he laughs.

N Chandramouli, who runs a brand advisory, TRA, weighs in: “One never starts such a large venture with the only objective being a clean-up. Khan’s motives may be multiple but a positive fallout is that some of the sheen of brand Being Human will rub off on Khan’s otherwise brash, controversy-oriented imagery.”

Sure enough, today Being Human Clothing is the money earner for Khan, all of which he claims to put into charity post taxes. “We don’t make any money from this venture. After tax, every penny we get goes to the foundation,” says Khan. He calls on his staff member Loretta to give details of the work they do in the areas of health care and education. She has the facts on the tips of her fingers: The foundation supports 400 children’s heart surgeries a year, provides assistance towards life-limiting cranio-facial surgeries, runs eye-camps and women’s check-ups; it has also adopted two schools in Mumbai as well as multiple educational resources centres in Maharashtra, among other initiatives.

Tweets by @forbes_india
Forbes 30 Under 30 list: Get inspired!
Virat Kohli: A runaway hit