Viacom18's Nikhil Sane is bullish about films in local languages and says content matters first, and then the star 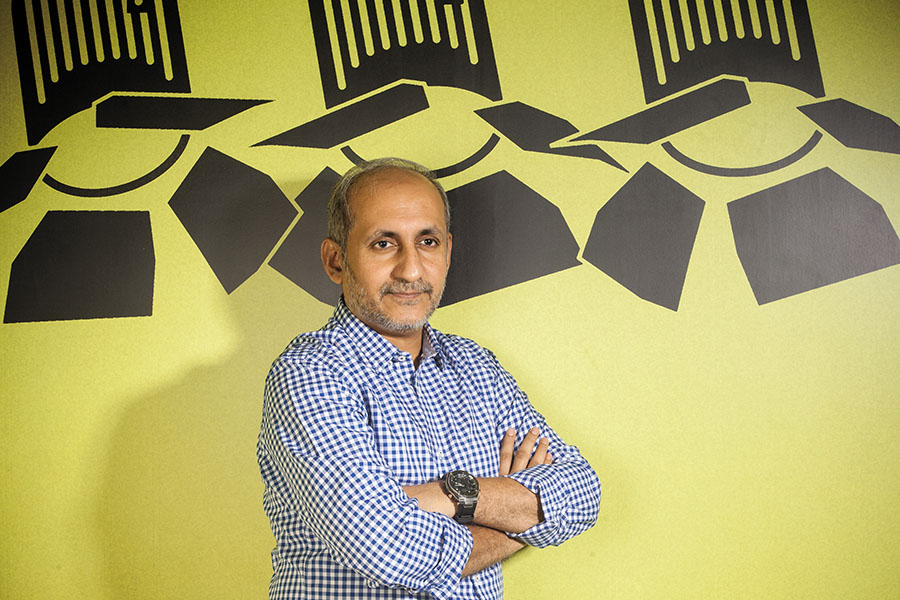 Now, as the business head of Marathi Entertainment at Viacom18, a post that he assumed in June 2018, he seems to be continuing with that Midas touch. Ani… Dr Kashinath Ghanekar, a biopic on the Marathi theatre superstar, has opened to rave reviews and packed theatres. With audiences gravitating towards quality content, Sane, 41, talks to Forbes India about the celebrity superstar culture and the need for pan-India collaborations among filmmakers. Edited excerpts:

Q. What has led to the commercial and critical resurgence of Marathi cinema?
In the last decade or so, we have seen Marathi cinema’s lost glory coming back. The makers are a bunch of young professionals. All of them came via Marathi theatre, then television and have been looking to fire their guns in films. The great thing is that it has all come together at the right time. In the last five years, especially, Marathi cinema has evolved not only in terms of content but also with respect to business. The big difference, which was lacking earlier, is that we were not good with the business part of it. We have to ensure a marriage of content, consumer [tastes] and business. That is happening today. In the last five years, our consistency has been fantastic.

In terms of aspirations, it has become important or intellectually challenging for the younger generation to get into cinema. Till about 10 years ago, the aspiration was just to make a film. It ended there. Today, actors, makers and producers are thinking about how to promote a film, tie up with a studio, have international screenings, get more shows in Maharashtra, get the timing right, etc. They have an understanding of the entire cycle: Content, distribution and communication.

Q. From a celebrity culture point of view, where does the superstar figure in regional cinema?
If you look at the South, it is equivalent to Bollywood. The whole story is narrated through a hero. If you look at Andhra Pradesh and Tamil Nadu, there is hero-worship like it happens in Hindi cinema. For example, even a content-driven film like Dangal (2016) has to go through [a superstar like] Aamir Khan.

The three states that are probably an exception to this are West Bengal, Kerala and Maharashtra. They have powerfully narrated stories. They are so rooted, young, vibrant, and shot beautifully in their own regions. I am not a historian or sociologist, but I think all the three regions have a unique influence of culture, and probably journalism, literature and plays. The three regions connect beautifully… like you can take a Marathi story and Malayalam filmmakers would say this would work in Malayalam and vice versa. But if you take a Tamil or Hindi film story, it becomes difficult to replicate that in Marathi.

If you look at their literature, theatre and cinema, the concept or content has a very high value; it’s not massy or mass-driven. It’s not about a hero, a villain, an obstacle and his eventual victory. They have always narrated socially-driven stories. These are three unique states where hero-worshipping is about the script. Content matters first and then the star.

Q. As content becomes more central, how long will mainstream Bollywood continue to be driven by star-powered single hero films?
I think the system might remain because as Indians, somewhere in our hearts, we love heroes. We love heroes in our politicians, cricketers, television shows and social fields. Indian cinema is a beautiful place that binds the entire country. So if you see some of the most popular films today, the great change that has happened is that all the stars are making content-driven cinema.

Aamir has been the aggressive one who’s chosen content-rich cinema for his own stardom in an intelligent fashion, which is a path being followed by Shah Rukh Khan and Ajay Devgn. I think Akshay Kumar is ahead of all of them right now... he has chosen phenomenal stories. What they are mixing well is heroism and the story. They probably understand that somewhere our audience is also coming to an age and level of maturity wherein it wants a hero, but also a powerful, unique, gripping story.

Also, there are multiple forces that drive businesses. Regional cinema is evolving to tell interesting stories. International shows being aired on over the top (OTT) platforms have content-driven stories. Probably that’s why you see a surge of new wave stories such as Stree (2018), Badhaai Ho (2018) and Andhadhun (2018) which don’t have a ‘hero’ or ‘big star’, so to say. But look at their box office numbers. That is another parallel story that is happening in our country.

Q. What are the limitations of co-creating and releasing a pan-India film?
There are no limitations. To be honest, we are very limited in thinking regional. Probably in all these journeys, where the medium is growing, there has been a unique man, [Baahubali director] SS Rajamouli, who thought that something like this can be done. So there is scope, but there has to be the right story. We are yet to see a unique story winning across the country, because Baahubali is still [in the nature of] Mahabharata, which has worked. We needed a film that is rooted in our ways, but presented in Hollywood style. They [Baahubali makers] have presented our story in a unique way, which is neither the Bollywood nor South Indian style of storytelling. They have gone beyond. Hats off to their vision.


Q. What is needed to help regional cinema widen its business impact?
We don’t have a common platform where we can showcase our own [individual regional] cinema… where the entire country can take notice and watch say, a Tamil film, immediately [after release] or in a week or two. Although you may go to a multiplex and watch a Bengali or Malayalam film, the communication is still way too weak. So, we as a country lack that space where we can say we want to watch this film. Be it for any region.

Also, we don’t have one common platform where we’re able to interact with industry peers or younger talent to exchange ideas and thoughts. What is also detrimental to all of us is that we are all working in our [regional] silos which we need to break. Our strengths need to come together in some way via a common platform; it could be for writers, filmmakers or technical talent.

Q. Where do you see regional cinema headed in five years?
There has been true globalisation in terms of accessibility of content. I am extremely confident about regional cinema because the talent that comes out [from there] is way too powerful and imaginative in its thinking. I have seen this across different regions—the sheer hunger or originality of the narration that lies with Indian regional cinema, literature or music.

This accessibility of global content drives or challenges me to do something in my own language, which is far more powerful. Dreaming in my own language was never powerful before. I am sure if you speak to any filmmaker in this country, they would want to make such a powerful statement through their cinema that they would want to supersede each other, and that’s a great space for any regional maker.

Q. How has OTT as a concept helped regional films?
What OTT platforms have beautifully done is that they’ve got Indian cinema together. Today, if I go through any platform, I can scan through a range of Punjabi, Bengali, Tamil or Telugu films. That’s a great advantage for cinema lovers. In one click, you have a Mexican, Spanish, African, Indian series… even a regional one. Imagine the way I am getting evolved and entertained. It’s a great phase to be in as an audience.