Patel's exit will deepen existing chasm between RBI and the government: Experts 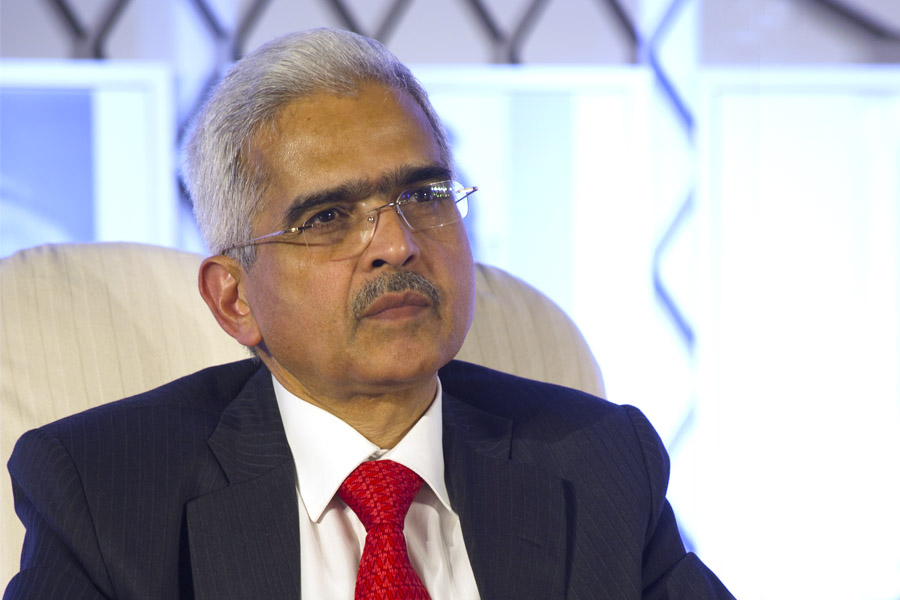 The Reserve Bank of India (RBI) Governor Urjit Patel on Monday resigned from his post, in a sudden move, thus ending speculation surrounding his future after an ugly public spat had broken out between policy makers and the central bank a few months ago.

Patel’s exit will now only deepen the chasm between the RBI and the government, which had already widened, governance experts say.
The government on Tuesday has announced that former bureaucrat Shaktikanta Das would take charge as Patel's successor.
“The Appointments Committee of the Cabinet has approved the appointment of Shaktikanta Das, IAS Retd., former Secretary, Department of Economic Affairs, as Governor, Reserve Bank of India for a period of three years,” said a government statement.
As the Economic Affairs secretary between 2015 and 2017, Das was crucial to the planning and execution of the government's demonetization drive and later, the rollout of the Goods and Services Tax (GST).
Patel – who has cited “personal reasons” for his resignation – has quit just three days ahead of a crucial RBI board meeting which was expected to discuss governance issues and the way in which the central bank operates.

”On account of personal reasons, I have decided to step down from my current position effective immediately,” Patel said in a statement which was posted on the RBI website. The government which has taken cognizance of his exit, will decide on the appointment of a new candidate as the next governor.

Patel has been a veteran banker with the RBI, controlling inflation during his predecessor Raghuram Rajan’s tenure. On September 4, 2016, Patel took over from the more visible and vocal Rajan, who, himself, chose to quit in June that year without seeking an extension for a second term of three years. Patel’s term as RBI governor was to end in September 2019.

A veteran former banker, who headed a private bank said that Patel’s exit is “the culmination of all that had been going on for weeks. His differences with the government were known.”

Shriram Subramanian, managing director of InGovern, a proxy advisory and corporate governance firm says, ”The tussle of whether the RBI should be board-led or Governor-led has led to this. Many government appointees have been trying to assert their role in the institution in recent months.”

Patel’s early exit – in just two years -- is a rare event in RBI’s history. It is believed that in early 1990s, the then RBI governor RN Malhotra resigned ahead of an extension after getting a negative signal from government circles during then Prime Minister Chandra Shekhar's regime in 1991. Patel’s early exit means that there was no clear transition or handing over within the RBI.

RBI board member and chartered accountant S Gurumurthy, who is associated with the Rashtriya Swayamsevak Sangh affiliate Swadeshi Jagran Manch, said in a tweet on Monday: “I enjoyed several hours of personal discussions with him [Urjit Patel] where we found large areas of agreement as well as mutually understandable disagreement. His resignation is indeed [a] set back to the effects of the convergence of views that was taking place. We will miss him.”
IDFC Asset Management's head of Fixed Income, Suyash Choudhary says: "This expands India’s risk premium at least in the short term. Whether this widened risk premium remains or not will importantly depend upon the way forward."
"Thus the simple common perception now is that there is intent to compromise the RBI’s independence in a variety of ways. The most important from a bond market perspective, amongst these, is the notion that the government wants large portions of RBI’s capital to step up fiscal spending. This notion and these perceptions need to be controlled."

"If the government is successful in doing this, then the current widening of risk premium may well prove temporary," Choudhary said.
One of the contentious issues was how the government will use Section 7 of the RBI Act in the future. It empowers the government to give directions to the RBI on matters of public interest—clearly not something the RBI will look forward to. The government used this section in recent weeks in the form of a letter of consultation, but is yet to invoke it to issue specific directions or instructions to the RBI. Invoking it to issue directions was seen as a threat to the central bank’s autonomy.

On October 26, RBI deputy governor Dr Viral Acharya, at a public event, warned that governments “which do not respect central bank independence will sooner or later incur the wrath of financial markets, ignite economic fire, and come to rue the day they undermined an important regulatory institution.”

The government then retaliated and blamed the RBI for some of the problems banks faced, particularly while dealing with the bad loans mess that commercial banks have been struggling to deal with since 2013-14.

The government and the RBI are also believed to have not agreed on the current RBI framework for Prompt Corrective Action (PCA) against several state-run banks – which imposes lending and other restrictions on them. The government had called for the RBI to revisit the PCA framework but it never came about.

Governments and central bank governors have always had a slightly frosty relationship whether it be former RBI governor Dr. YV Reddy and then finance minister P Chidambaram over issues relating to opening the banking system to foreign ownership or even Duvvuri Subbarao who served under Dr. Manmohan Singh and had faced criticism for often keeping interest rates firm, which could curb growth. The problem stems from the fact that the RBI’s main mandate is to control inflation while the government wanted the bank to start lowering interest rates, which could help boost growth.