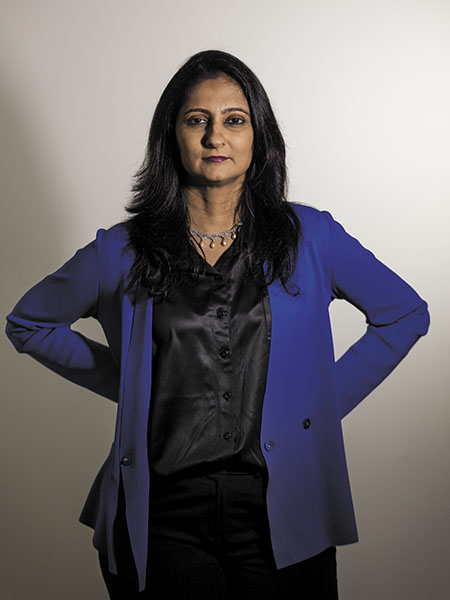 If the complex world of genes befuddles you, turn to Anu Acharya, CEO of Mapmygenome India, a personal genomics company. As Acharya would cut the jargon and tell you, her company “allows healthy people to stay healthy” by decoding their genetic makeup and guides them on “how to become healthier”. By 2030, she expects to touch a 100 million lives and save a million.

Mapmygenome is Acharya’s second startup in the field of genetics. In 2000, she started Ocimum Biosolutions, a genomic services company. While Ocimum is still run by its other founders, Acharya has moved beyond laboratory information management systems and pure informatics to delve into the world of personal genomics. She launched Mapmygenome in 2013. Today, the Hyderabad-based company is also building a database of associations between gene mutations and traits or conditions specific to the Indian population to advance personalised medicine in the country.

The company has processed more than 10,000 samples so far through ‘Genomepatri’ (a take-off on janampatri, or horoscope), a simple, saliva-based test to decode DNA and predict genetic risk for 100-plus diseases, traits, drug responses and carrier statuses. “While it is a product, it is ultimately delivered as a service,” says Acharya, who holds a graduate degree from IIT-Kharagpur, and postgraduate degrees in physics and management information systems from the University of Illinois. Apart from a comprehensive, analytical report, customers can also get consultations by certified genetic counsellors who prescribe lifestyle changes, and services such as nutritional meal plans and food delivery (currently only in Hyderabad).

Acharya recalls the initial challenges of fundraising, given that she was “in an area that is difficult for people to understand”. “If you are a woman founder, there is a reservation against that also,” she adds. But the company managed to rise on the back of a $1.1 million pre-series A funding, and founder investment of around $2 million in 2016. Some of its prominent investors include Rajan Anandan, vice president, Southeast Asia and India, and managing director of Google India, and Ratan Tata. Mapmygenome has clocked a compound annual growth rate of 84 percent for the past 3 years. It will end the year with ₹6 crore in revenues and negative Ebitda.
To Check Out The Full 2018 W-Power Trailblazers List, Click Here
To Read The Overview of the 2018 W-Power Trailblazers List, Click Here
“Anu is a smart serial entrepreneur who has been a pioneer in India in BioIT and in personal and recreational genetics sectors in India. Her prowess in digital marketing and use of social networks has been evident in the foray with Mapmygenome,” says Vijay Chandru, chairman & managing director, Strand Life Sciences.

Her last year’s highlights include developing Medicamap, a genetic test popular among doctors for its ability to analyse response and sensitivity to 100-plus drugs. In terms of strategic partnerships, its new clients include institutions such as Gopichand Academy, Reliance Jio, GOQii, CallHealth and 1mg.

“The main thing was finally we’ve been able to get to (the point) where almost everybody is interested in getting a genetic test done. That is the big change for our business,” says Acharya.