Menaka Guruswamy: Taking the law into her hands

For this expert in Constitutional Law, defending the rights of citizens is about doing what she loves 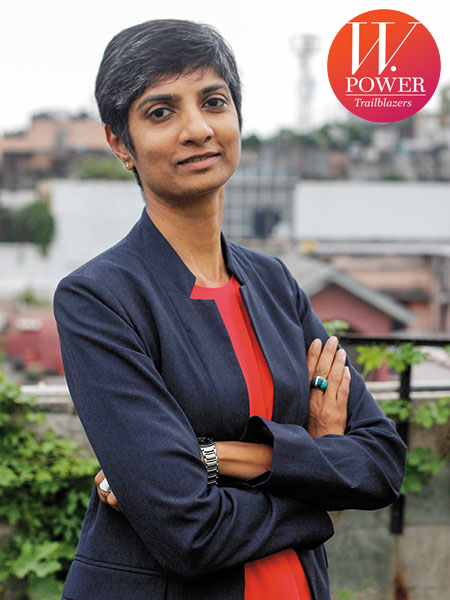 In the corridors of India’s Supreme Court, Menaka Guruswamy, 44, has a reputation for being a fearless fighter. As one of the lawyers who argued against Section 377 of the Indian Penal Code, she was instrumental in the scrapping of the law that made homosexuality a crime. Guruswamy had appeared on behalf of petitioners from the Indian Institute of Technology, Delhi.

An expert in Constitutional Law, Guruswamy has also been doggedly pursuing cases that seek to rewrite many such colonial-era laws. For instance, she is assisting an ongoing investigation into alleged fake encounters by the Indian Army and other security personnel in Manipur, where the Armed Forces (Special Powers) Act or AFSPA, 1958, is in force. The AFSPA finds its roots in an ordinance promulgated during the Quit India movement.

“It is unfortunate that many of the reforms to colonial laws have to be made by the judiciary and not by the legislature,” says Guruswamy. “These laws were to keep people as subjects and shouldn’t have any space in a democracy. There haven’t been many thoughtful, persistent reforms since Independence.”

Guruswamy has also been instrumental in defending a provision in the Right to Education Act that mandated all private schools to admit disadvantaged children, and has fought to ensure a minimum fixed tenure of three years in a post for civil servants.

The daughter of Mohan Guruswamy, a former advisor to the ministry of finance, Guruswamy developed a passion for Constitutional Rights as a student at the National Law School of India University (NLSIU), Bengaluru, which she joined in 1992. The NLSIU, which had started in 1987, was still in its infancy. “I had no idea about the prospects at that time,” Guruswamy says. “The idea was that I would see how the experience was for a year, and if I didn’t like it, I had the freedom to come back.”

But NLSIU was a game changer. “It was a functional university and they had an approach to teaching that had been lost,” Guruswamy recalls. Books were precious, and often 70 students would share four books between themselves. This made Guruswamy cherish them, and her studies, even more.

In 1997, Guruswamy graduated and began working full time for India’s attorney general, where she focussed on litigation and understood what the law can do, particularly constitutional law. A year-and-a-half later she went to Oxford University as a Rhodes Scholar, where she completed her PhD. Since then, she has been consulting with the United Nations, and has supported the drafting of the constitution in Nepal.

“You see different parts of the world, and you begin to think of the similarities, the differences, and navigating the fears of the common man,” Guruswamy says. “In India, the drafters of our Constitution carefully navigated such fears, especially at a time when India was witnessing a bloodbath with Partition. It’s a different thing that if the drafters were here today, they would only ask ‘have you not learnt anything?’”

Since her return to India, she has worked on several high-profile cases, including the 2G spectrum scam and AgustaWestland bribery scandal. Today, she has at least six lawyers working for her. Guruswamy also spends her time in the US, teaching at Columbia University, even as she writes books. Her first co-edited work, Founding Moments in Constitutionalism, will be published this year, while her second book is under works.

“Honestly, it doesn’t feel like work since it’s doing something I love. Every day you get to meet people who live in such harsh conditions and still live their life with humour. That’s what I love about my job,” says Guruswamy.

But, it’s not just the thrill of meeting people and ensuring justice for them that have kept her going. She has been keeping a list close to her heart since she graduated; a list of constitutional reforms that she wants to fight for.  “It is interesting to see how many real law reforms have been brought in over the years,” says Guruswamy. “I want to keep the fight on.”

Then, there are also newer areas of law, particularly related to technology and artificial intelligence that she wants to study. “Globally, these are areas that have begun to gain attention, and they are important to India too,” says Guruswamy. Along the way, she draws much inspiration from changes in the judiciary over the past few years, particularly since many more women are entering the judicial services. “I would love to have more women lawyers at the bar,” says Guruswamy. “And I can already feel the change.”

Last year, for all the remarkable work that she has been doing, Guruswamy ’s portrait was hung at the Milner Hall in Rhodes House—since she was a Rhodes scholar—in Oxford University. Guruswamy’s is the first portrait of a scholar from India.

“Menaka is phenomenal,” says Neeha Nagpal, an associate partner with Agarwal Law Associates, who fought on behalf of Keshav Suri, a petitioner against Section 377. “She is an iron lady, an intellectual, and extremely intelligent. She can present a case in a remarkable manner, and ensure that even if the judges are in a rush, they hear it properly.”

As she takes up more cases, Guruswamy, an avid trekker and fitness enthusiast, knows that her ability to stay calm and laugh more will see her through. “When you grow older, you have this ability to laugh more, and be more patient and confident.”