Yogesh Kabra and the X-factor

Yogesh Kabra is disrupting the men's premium innerwear segment with XYXX. Can he take on the market leaders? 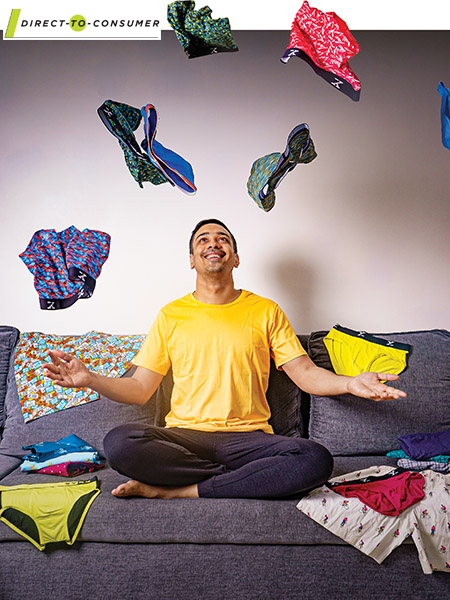 In 2015, Yogesh Kabra was trying hard to spot the difference. The second-generation entrepreneur from Surat completed his MBA from the US, worked as an associate with Techstars—one of the world’s largest startup incubators—for over 18 months and then decided to come back to India. For Kabra, the natural and obvious fit was joining the family business of trading in woven fabric. But the 26-year-old wanted to start his own venture in men’s premium undies. Being exposed to global brands in the US for a few years, Kabra knew how to spot the odd one out. Calvin Klein, Hanes, Hanro, Saxx, Mack Weldon and Ralph Lauren were not only different brand names but also had distinct qualities, positioning and imagery. “All were remarkably different,” he underlines.

Back in 2015, at one of the multi-branded retail stores in Surat, Kabra was scratching his head. “All looked the same,” he recounts, alluding to a bunch of men’s innerwear brands in the premium segment. Same colour, same style, same pattern, and same positioning. There was one original brand—Jockey—while the rest were copycats and lookalikes. “Two things that differed were the quality of elastic and the names of the brands,” he adds. “Why should undies look and feel the same?” he wondered. The second question was about the right fit for the Indian consumers. “Is this what they really want?” he pondered.

Kabra, for his part, knew what he wanted. The young man got support from his father, who sent him to one his family friends for guidance. The brief meeting turned out to be underwhelming. “Why would anybody shun Jockey and buy your brand?” was the condescending query of the potential mentor who happened to be a big businessman. A dejected Kabra called his childhood friend to share his grief. “It was the first turning point in my life,” he points out. Kabra’s buddy encouraged him to take the risk. If you have spotted an opportunity, the friend underlined, it means you are seeing what others don’t. “Do it, and even if you fail, you won’t die with regret” was his advice. Buoyed by the encouragement, Kabra rolled out XYXX, a premium men’s innerwear and loungewear brand, in December 2017.

The gambit seems to be paying off. From ₹6 crore in FY19, the operating revenue steadily climbed to ₹20 crore in FY20, ₹45 crore in the next fiscal, and is likely to close FY22 with ₹105 crore. Though the startup has posted losses, the bottom line seems to be under control—from ₹5.26 crore in FY20, it has dipped to ₹4.5 crore in FY21. “I come from a Marwari family. I will never be a business which bleeds heavily,” says Kabra. What has helped the brand click with consumers, he underlines, is the innovative approach based on consumer insights. Take, for instance, features such as odour cancellation, moisture wicking and quick drying. “Who talks about underwear,” he asks, alluding to the word-of-mouth marketing that the brand got from its users. “It has become the talk of the town.”

As the word spread, so did the reach. Present in 10,000 multi-brand outlets across 70 cities, XYXX gets half of its revenues from the offline footprint, and the rest from online channels such as brand website and online marketplaces. It has raised over ₹100 crore so far from a clutch of venture capital (VC) funds, including Sauce.vc, DSG Consumer Partners and Synergy Capital. 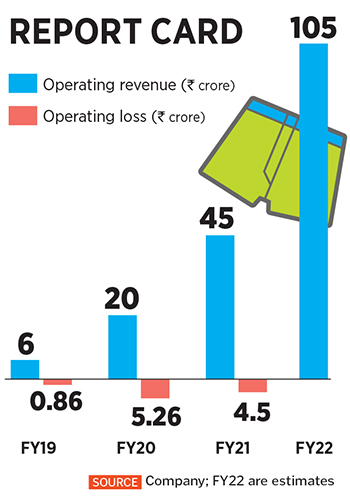 The backers are delighted with their odd bet. Hariharan Premkumar, head of India at DSG Consumer Partners, explains why his fund has traditionally stayed away from the apparel business. It has been a category where customer behaviour has been unpredictable and businesses have grappled with managing inventory and working capital. “There are enough and more case studies of investors losing money in apparel,” he says. In December 2020, DSG Consumer Partners invested in XYXX.

What made Premkumar change his mind? The first reason is the founder. When DSG Consumer came on board, he points out, XYXX was clocking around ₹2.5 crore in revenue per month. “Yogesh cracked distribution, which is not an easy thing to do in India,” he says. There were other things too which the funder found impressive. Kabra, he points out, had run a tight ship in terms of inventory management and working capital. “This gave us a lot of comfort,” he says. Another big encouraging sign was focus on product innovation. In a market full of legacy brands, nothing new had happened. The opportunity was huge. “You can build a fundamentally solid business,” he adds.

XYXX, reckon marketing and branding experts, happened to be the right brand at the right time. Millennials and Gen Z were grappling with brand fatigue. “They are more open to experimenting,” says Ashita Aggarwal, marketing professor at SP Jain Institute of Management and Research. Innerwear is no longer a hidden product. The era of white, black and grey is over. “This generation wants colour, style and quirkiness,” she adds.

Kabra decodes the quirkiness of the brand name. Apart from the genetic story—men have XY chromosome and women have XX—the founder wanted a name which would arouse curiosity. “The product and the name must stand out in a cluttered market,” he says. Half the battle, he lets on, is won if the consumer gets pulled towards the brand. “The other half is won when he tries the product.”

The war, though, is far from over. Premkumar points out the missing X weapon in the arsenal. The challenge for XYXX, he reckons, is around communicating the functional superiority of the product. “It has to be amplified a lot more than what is being done today,” he adds. Kabra, for his part, knows the missing part. He blames it on his inherited business genes. “I know I should be more aggressive in marketing and advertising,” he says. “At times, I tend to miss the bigger picture,” he says, claiming that most of the money raised is still lying in the bank. Maybe pushing the marketing pedal might make XYXX grow X times.

Tweets by @forbesindia
'This is my third war': Ukraine's elderly are conflict's forgotten victims
Explainer: What happens in the post-mask world of travel?