Forbes India 30 Under 30: Young and fearless

The audacity of the 2018 batch of Forbes India 30 Under 30 has a purpose, and money and fame for them are just byproducts. Meet the twenty-somethings who are shaping the new India 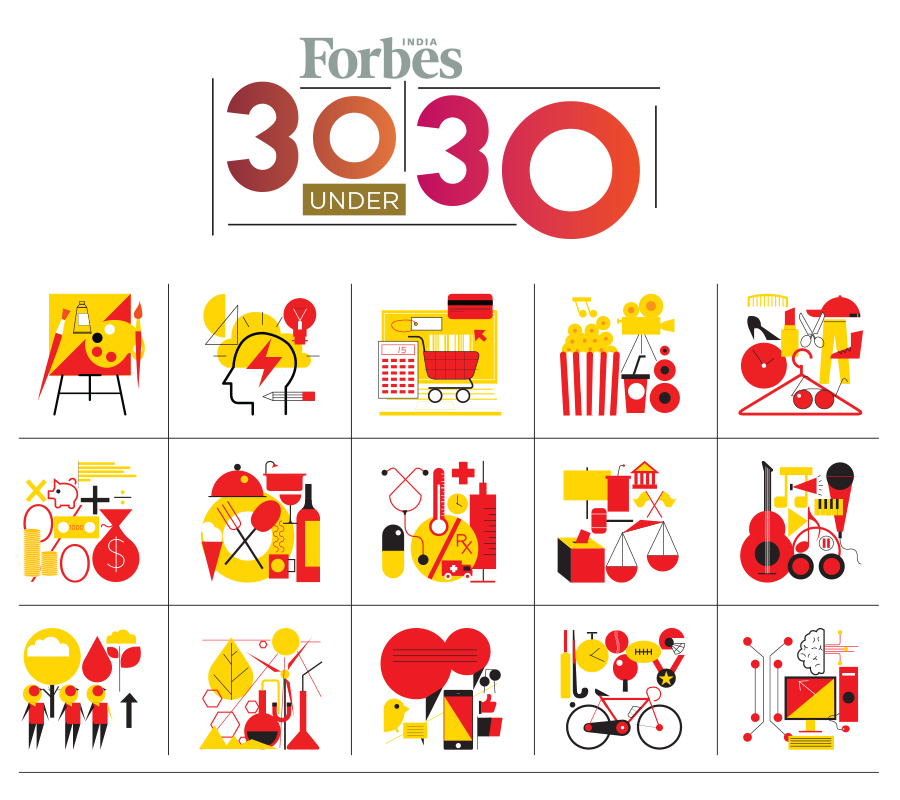 The Forbes India 30 Under 30 is now five years old. And while our selection process has become more rigorous with each new edition, the sheer growth in the number of names on the longlist and the quality of nominee profiles have reaffirmed that the old adage ‘if you’re good enough, you’re old enough’ holds true even today. 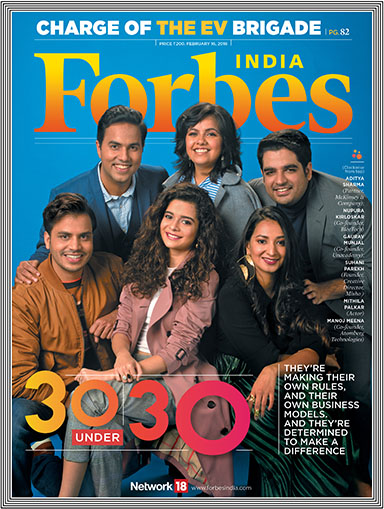 Generation Z is rewriting the rules of the game, and playing it hard too. It is putting its mind and money where its beliefs are, with gumption and imagination. Our list is representative across 15 categories and though it is exhaustive, it is not definitive, given India’s vast geographical spread. We have steered clear of considering well-established names, next-generation entrepreneurs and those having access to an influential lineage. Through our own research and multiple conversations with industry experts, we selected names that meet our three broad criteria: The extent of impact of their achievements, and their ability to disrupt the status quo; scalability of the business or line of work and; their potential to stay a long-term player.

Consider the audacious Rohan M Ganapathy, 25, and Yashas Karanam, 23, who are developing rockets and electric propulsion systems for satellites.Their firm, Bellatrix Aerospace, is the first startup that the Indian Space Research Organisation opened its doors to. HelpUsGreen founders Ankit Agarwal and Karan Rastogi (both 29) are preserving the Ganga from becoming a sewer by ‘flowercycling’ religious waste into lifestyle products, employing thousands of rural families. That’s profit, but with a purpose.

For some, it’s about freedom, expression or simply the joy of doing something well. For instance, Gautam Bhatia, 29, is part of a team that is working on multiple challenges to the Aadhaar Act. Indian hockey goalkeeper Savita Punia, 27, of Haryana whose grandfather encouraged her to take up the sport to toughen her up, is now a name to reckon with. Former World No 1 pistol shooter Heena Sidhu, 28, is a qualified dental surgeon, but succeeded at the sport she took up as a hobby because of her grit and determination.

“You see things; and you say, ‘Why?’ But I dream things that never were; and I say, ‘Why not?’,” wrote playwright George Bernard Shaw. The 30 achievers on our list—artistes, chefs, designers, entertainers, entrepreneurs, finance gurus, musicians and sportspersons—seem to be driven by the same spirit.

This helped us arrive at a longlist of over 300 names across 15 categories. The next step was narrowing down to a ‘short longlist’—the names most likely to make it to the top 30. This pool of around 100-odd names was decided in consultation with experts. The last stage was separating the final 30 from the other contenders. Armed with expert views, the Forbes India editorial team debated, argued and vetoed its way down to the final 30. We realised that there were some others who could not be ignored and deserved a special mention.