Tripti Dimri: Going with the flow

After her memorable performance in Netflix's Bulbbul (2020), this actor is gearing up for challenging roles across mediums 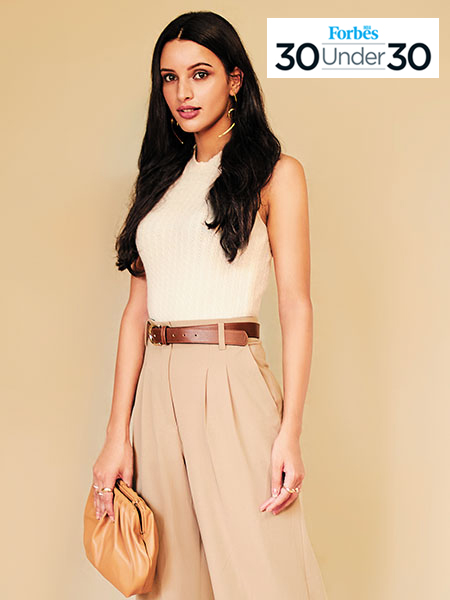 Tripti Dimri believes that what’s ours will come our way, no matter what. This is perhaps why the actor, who wowed the audience with her strong performance in the Netflix original film Bulbbul in 2020, has chosen to just go with the flow and keep learning along the way.

From her days of modelling and acting in YouTube videos, including one that was a female response to Kartik Aaryan’s viral (and misogynistic) Pyaar Ka Punchnama monologue, and another that captured the typical shoppers of Delhi’s Sarojini Nagar, Dimri graduated to the big screen with actor Shreyas Talpade’s directorial debut Poster Boys in 2017.

She followed it up with the title role in Sajid Ali’s Laila Majnu in 2018. A two-year break and multiple auditions later, she landed the lead role in Bulbbul, which was produced by actor Anushka Sharma. “I was always just lucky enough to be there at the right place at the right time and meet the right people,” she says, talking about how taking her craft seriously was a gradual process.

“I fell in love with the process by doing multiple workshops, observing people, watching as many films as possible and reading to keep myself informed. I built my confidence over numerous auditions and honed my skills with every film,” says Dimri, whose mother is a homemaker and father works with Air India in Delhi. She is happy that the OTT space has given work to a lot of actors like her, and hopes to keep experimenting with challenging roles across different mediums.

“Tripti is not distracted with the trappings of being an actor, all the fame and the glamour,” says Anvitaa Dutt, director of Bulbbul. “Apart from being talented, she is committed and hardworking. As a performer and a person, she is sincere, egoless and authentic.”