You say you want a revolution. But what if all the revolutionaries claim to be martyrs even before the first shot is fired? Ask any mobile telecom operator about 3G — super-fast mobile wireless technology — and you will be met with Nordic glumness. “We are in a situation where we are losing money on every call. After the ‘per-second’ billing, revenues per call have dropped 20 percent. And you want to know about 3G!” says a senior executive at Reliance Communications.

Telecom companies used to make 50 paise of revenue for every minute of subscriber talking two years ago. Today they make just about 35 paise a minute. Market leader Airtel’s EBITDA (earnings before interest, tax, depreciation and amortisation) per minute has dropped from 20 paise to 15 paise and its market capitalisation has dropped 30 percent in the last four months. The other large player in this sector, Reliance Communications, has seen a 40 percent drop in its market capitalisation. These are the guys who are supposed to lead the revolution!
The paradox is that while Indian companies add subscribers by the millions, it is also the most competitive market in the world, according to the Merrill Lynch Global Wireless Matrix dataset. This is primarily because 10 to 12 companies offer mobile services in most parts of India; globally, the average is four. Another key reason is that the government of India has only been able to give an average of 11.4 MHz of spectrum. Telecom experts believe that 20 MHz is the sweet spot and allows for the most cost-efficient operations. The global average is 22 MHz. These two factors ensure that while you and I pay very less for each call, we also suffer from a large number of call drops.
Indian companies have managed to thrive so far through business model innovation. They have outsourced their networks to reduce fixed costs and have opted for a pre-paid model to reduce credit risk and improve cash flow. Unfortunately,  these measures have run their course. Most large Indian operators believe that the government has let them down and forced them into a diminishing returns zone. “The story of Indian telecom is one of tragic-comedy and 3G will not change that,” says the head of a telecom firm. The current licenses that the telecom companies hold entitle them to radio-frequencies that are sufficient to transmit voice (2G in other words) and which still account for 90 percent of the revenues of the sector.


Logic vs Irrationality
Frankly, I will be served better if they can just give me some 2G spectrum. But since they can’t, I will have to participate in the 3G auction,” says a senior executive of one of the largest firms. (Senior officials of all companies spoke to us on the condition of anonymity because of impending auctions). The consensus is that most companies that have a single technology pan-India license — Vodafone, Airtel, Idea etc. — will look at 3G as a voice-relief. As the frequencies go up, people will experience fewer call drops. “Most of the players who are planning to invest in 3G are using a predominantly voice-based business case,” says a senior manager. This is logical, yet irrational.

Consider the logical part. Operators understand the mathematics of voice calls. The assumption is that most of 3G frequencies will be used to transmit voice. Then the 5 MHz of 3G frequency that the winner will get, should be valued on voice earnings. The stock market values market leader Bharti at Rs. 1,20,000 crore for its ability to make money off voice calls on the 67.6 MHz of spectrum that it has a license for. So, 5 MHz of this 2G frequency under its belt would be valued at about Rs. 8,852 crore. Ergo it should value even 3G similarly, assuming predominantly voice-based business. Given that the reserve price for an all India 3G license is just Rs. 3,500 crore, there is room to add more voice calls on the 3G spectrum.

Now consider the irrational part. It will be 2.5- to 3-times more expensive to build a network on 3G frequencies which are in a higher band. The physics behind radio transmission says that the higher a frequency band, the lesser it travels and hence an operator needs more equipment and higher electrical power to cover the same area in comparison to 2G spectrum.
“Why will operators throw good money after bad just to alleviate spectrum crunch? One of the biggest costs in the mobile supply chain is spectrum costs. You cannot swap that with high-cost 3G spectrum and continue offering 1 paisa calls,” says Alok Shende of Ascentius, a consulting firm.
This is exactly the reason why 3G will not allow newcomers to upset the entrenched players. “New entrants who think they can win the 3G auction and compete with Vodafone or Bharti are day-dreaming,” says a board member of one of the large telecom firms.
A New Dawn
What is the true construct then? It would appear that we are on a cusp of change. In 1999, four years after mobile services had been launched in India, it seemed impossible that any operator would ever make money. The sector was reeling under severe losses and had over Rs. 4,000 crore of debt. By 2004, mobile companies were making boatloads of money. India has become the most attractive market in the world.
There is evidence to suggest that Indians may discover mobile Internet in pretty much the same way (see our second story). Tata Indicom, BSNL, MTNL and Reliance have launched high-speed Internet connection through a competing technology which is similar to what companies like Airtel, Vodafone, Idea or Aircel will be able to offer if they win the 3G licence. In the last six months, almost 2 million such high-speed connections have been activated. The heartening part from an operator’s point of view is that the average revenues per user (ARPU) on these connections are four times higher.
Two million is insignificant compared to the 400 million voice subscribers, but what if that number becomes 30 million? “Voice tariffs are among the lowest in the world and going towards zero. Incremental ARPUs on data are $15 compared with incremental voice add that is at most $1.5-$2,” says Kanwalinder Singh, president, Qualcomm India. These services are pretty profitable too. G.V. Giri, telecom analyst, IIFL, estimates the EBITDA margins on high-speed Internet to be 54-55 percent. In plain English, telecom firms will have to value that rapid growth in data when it comes in a few years in these 3G auctions.
So 3G does have the potential to drive growth and profitability, but it will be harder work. Marketing voice wasn’t that difficult because of the pent-up demand built during the BSNL/MTNL monopoly era. Spending on high-speed Internet is a discretionary expense and will need operators to get more creative with their marketing. One gets a distinct feeling that an era is over and another is looming large.


HOW THE GAMEPLAN COULD EVOLVE 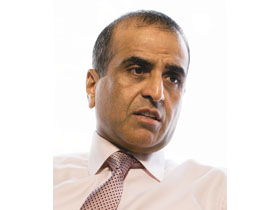 BHARTI Airtel
SUNIL MITTAL
What’s at stake With over 25 percent market share of telecom revenues, Bharti Airtel has a huge business and a reputation to defend. It also has a fixed-line broadband market that it is rolling out quickly. It can’t leave a door open for a rival.

Expect it to Bid aggressively for mobile and BWA spectrum in most circles.
Finances End of FY 2009 it had Rs. 1,114 crore of cash. That has come down to about Rs 600-odd crore now but with strong franchise and an ability to leverage it has the maximum amount of dry powder. 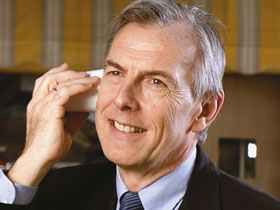 What’s at stake Its ARPUs are still among the highest. It wouldn’t want its high-value Blackberry clients to go to a newbie with a 3G license. But, it paid $9 billion in 2000 for the UK 3G license and hasn’t forgotten the effects of that.
Expect it to Bid aggressively for most cellular 3G circles but go easy on BWA (broadband wireless access) spectrum, except in Mumbai, Delhi, Chennai and Bangalore.
Finances The parent has almost $7 billion in cash but the Indian operations have been showing cash losses for the last 18 months. 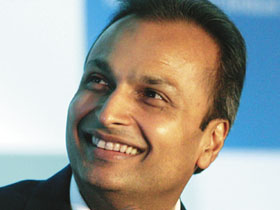 RELIANCE COMMUNICATION
ANIL AMBANI
What’s at stake Reliance has two separate technology licenses — GSM, which is great for voice, and CDMA, which is great for data. It is using the CDMA license to push data aggressively. It doesn’t need this frequency auction that much because it has spectrum in both frequencies right across India.
Expect it to Be quite conservative and pick circles carefully.
Finances Reliance Communications has about Rs 4,387 crore in cash according to the company’s balance sheet for the year ending March 31, 2009. 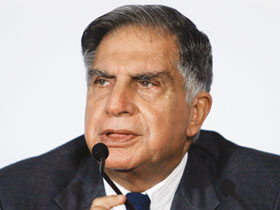 What’s at stake After being almost dormant for a while, Tata DoCoMo is picking up traction. Its subscriber base has almost doubled in the past nine to 10 months. It has tremendous momentum on the high-speed data cards business as well.
Expect it to Bid aggressively for the key circles and also for BWA as that holds the key for high-speed data.
Finances NTT DoCOMo has put in $2.7 billion in India. NTT DoCoMo
and the Tata group can write out cheques with significant number of zeroes on them.
AIRCEL 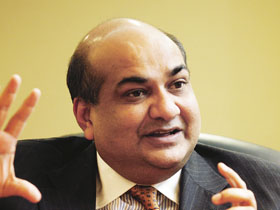 SANDEEP DAS
What’s at stake Aircel neither has scale nor a differentiator as of now. With ARPUs crashing in voice and companies like Reliance Infocomm, Tata Teleservices and BSNL/MTNL making a huge play for data, Aircel has to make a move now.
Expect it to Be aggressive and it could surprise Tata DoCoMo.
Finances Ananda Krishnan, the Malaysian tycoon who owns Maxis which has 76 percent of Aircel, has said it wants to invest $6 billion in the Indian market. A good part of that may get utilised in the auctions. 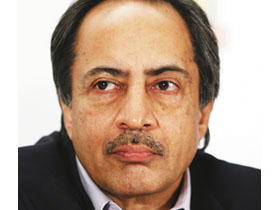 credible fourth player, but is not as widely distributed as the top three and is not as aggressive on the data side. It will focus on building out the voice business and getting scale there.
Expect it to Be conservative in bidding on a national level. It will bid strongly in Andhra Pradesh, Madhya Pradesh and Gujarat where it is among the leaders.
Finances Has around Rs. 2,695 crore. It is unclear whether it will want to leverage too much from hereon for a data business that it hasn’t scaled much.

Tweets by @forbes_india
The Long Arm Of Broadband
Crossroad Of The World: Turkish Delights