Although these are early days, it is clear that artificial intelligence will touch everyone's life. What is not clear, is how 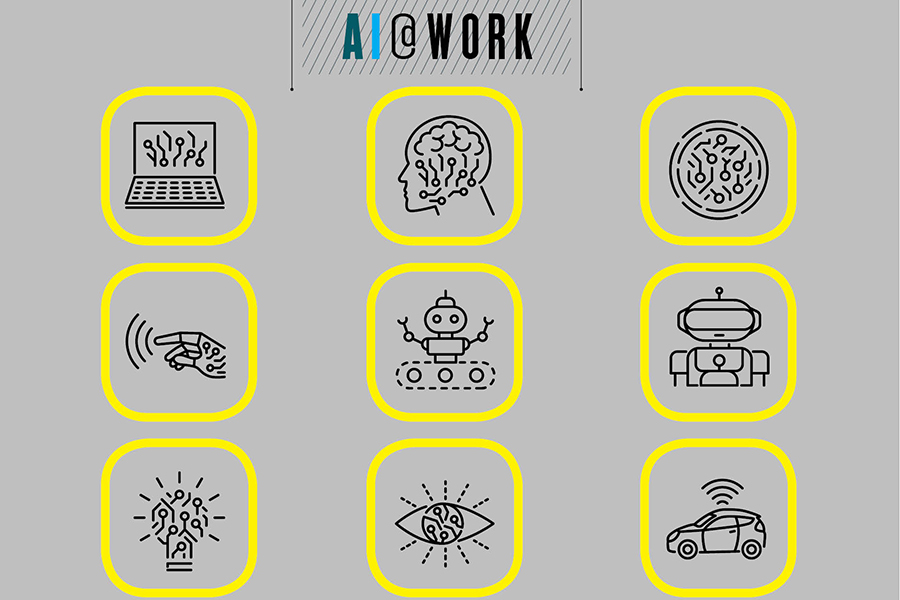 A few days ago, AT a popular bookstore in Bengaluru, I heard a voice ask, “Alexa, who is the greatest footballer in the world?” and turned to see that it was a young boy asking the question. The bookstore was displaying Amazon’s Echo speakers, which are equipped with the Alexa artificial intelligence (AI)-driven voice interface.

Alexa, in an Indian voice and a local accent, replied that it would be a toss-up between Argentina’s Lionel Messi and Portugal’s Cristiano Ronaldo, much to the bemusement of some of the more serious customers, who would have preferred a more library-like silence as they browsed books. The young boy was oblivious to the reaction he had invited, and kept at his questions, before his parents decided to stop him.

Today, some of the advances in AI, and in related areas such as image-recognition and vision, automation, and natural language processing can leave us dumbfounded. And yet, scientists say that a toddler’s brain is far superior to the most advanced AI engines in terms of learning ability. But what is clear is that even at its nascent stage, the rapid advances made over the last few years in AI are affecting humans in unprecedented ways. So much so that national governments—including India’s—are sitting up and taking note, and drafting policies on how this new technology could be developed and used.

In June, Niti Aayog released a discussion paper titled A National Strategy for Artificial Intelligence—#AIForAll. The paper doesn’t just clarify the government’s position, but also has inputs from leading private companies and non-profit organisations that are working to advance the development of AI. The paper identifies the vital areas where AI could make an impact, and these include some of our most vexing and entrenched problems: Health care, education, agriculture, rapid urbanisation, physical infrastructure and transportation.

The paper also identifies several barriers to the development of AI in India. Among these are a lack of broad-based expertise in AI research and application, absence of enabling data ecosystems, which include access to intelligent data, high resource cost and low awareness, privacy and security concerns, a lack of formal regulations around ‘anonymisation’ of data, and the absence of a collaborative approach to adoption and application of AI. “Despite indications of recent positive efforts in this aspect of technology, AI research in India is still in its infancy and requires large-scale, concerted and collaborative interventions,” the paper says. It proposes the setting up of a centre of excellence that will focus on core research and several centres that will work on translating the research to applications, with international collaborations holding key.

Worldwide, AI is already affecting people not just in their drawing rooms with gadgets such as the Amazon Echo, but also at work. “AI is not coming, it is already here,” wrote Boston Consulting Group in a press release on June 21, publicising the results of a survey it had concluded; the survey had more than 7,000 respondents from Canada, China, France, Germany, Spain, the UK, and the US. “More than one in five adults works for companies that are deploying AI—and while these employees generally view AI positively, they also have concerns about its potential effects on their privacy, job security, and economic equality… In fact, AI users are both more optimistic about AI’s benefits and more wary of its risks than non-users.”

On the one hand, more than 80 percent of respondents said AI tools would help both their organisations and their own work, while on the other, a similar majority feared not just job losses but also other negative repercussions such as more intrusive supervision and surveillance. A majority of respondents—65 percent overall, and 71 percent in places already using AI—are also afraid that “AI will dehumanise work, resulting in reduced social cohesion, and foresee AI-related ethical problems with regard to the protection of personal data.”

“Underestimating the size of the AI phenomenon and being unprepared for the digital transformation could leave organisations at great risk,” said Sylvain Duranton, global leader of BCG’s Gamma unit, in the press release. BCG Gamma is a large team of data scientists and analytics specialists. “Individuals and managers need to get ready for the AI revolution—which is already here—and take full advantage of it for survival and growth. Otherwise, they risk being crushed by the power of the wave.”

In India, there is much excitement across the spectrum of organisations—from the largest conglomerates to the latest startup. At the startup end of the spectrum, consider Arya.ai, a venture started in 2013 by alumni of Indian Institute of Technology, Bombay, which is building software tools that customers can use to build “AI-powered products”. Its customers include players in the banking, insurance, retail, health care and oil and gas sectors. Ati Motors in Bengaluru is building an autonomous cargo vehicle, DoubtNut in Delhi is building AI-driven tools to teach math to schoolchildren, and Niramai is tackling medical diagnostics.

Experts say AI isn’t new, and early efforts date back to more than half-a-century ago, but fell out of favour, in part because the computing and storage power needed to make a serious dent didn’t exist. Today that has changed, with the advent of cloud computing and powerful semiconductor chips, which might even make way for quantum computers in the not-too-distant future. Companies such as Microsoft and IBM have already built software that can surpass human speech in some aspects, and mimic cognitive processes in others; these technologies are already finding commercial applications.

And, as the young boy discovered in the bookstore, AI can be fascinating and even beguiling. We don’t really yet understand the implications of that boy and his parents taking home an Echo speaker or one from Google or Apple. However, we have already allowed AI into our drawing rooms and our bedrooms. It does seem like there is no turning back.