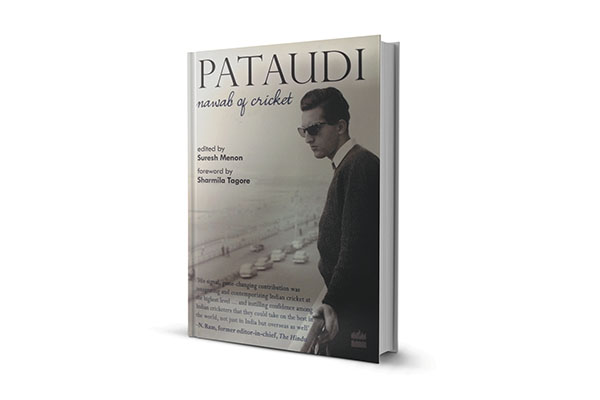 Mansur Ali Khan Jr, the Nawab of Pataudi, was a diminutive figure who stood tall on every cricket pitch he adorned through the 1960s and ’70s. He carried India on his narrow but able shoulders, from its colonial shackles into the modern-day cricketing era of self-belief, aspirations and competitiveness. Most importantly, it was Pataudi who rose above the petty parochialism within cricketing circles, driving a national cause.

His influence extended beyond the world of cricket. The aura and charm he exuded, backed by pure talent, unaffected by an accident that took vision away from one eye, held an entire nation, and a populace far beyond its borders, awed. He was a fairytale prince.

This book is a compendium of tributes to the cricketing superstar, from a variety of personalities and perspectives: Colleagues, opponents, seniors and successors in the game, commentators and journalists, schoolmates, family.

Pieces by journalists Mudar Patherya, N Ram, John Woodcock, and Suresh Menon himself, hold maximum intrigue, depth and dimension; there is an exploratory edge to their observations, a context to their narratives.

I relished some of the personalised stories from other contributors. Like Farokh Engineer’s narrative of the prank he and Tiger played at their hotel in West Indies in 1962, calling their teammates’ rooms at the crack of dawn using fake Caribbean accents, asking everyone in their as-is-where-is attire to rush to the reception because of a hurricane alert.

And Bishen Bedi recounting how Tiger asked him to bowl the first over of a new day, even though he had bowled the last over of the previous evening, to “see if the umpires are awake”. Or Naseeruddin Shah’s description of putting together his cricketing scrapbook with a plethora of Pataudi’s pictures, Suresh Menon playing indoor cricket and book cricket as a child, fantasising that Pataudi was captaining the World XI or the Milky Way XI and averaging over 365 (with some help)  in the matches he played.

Easily the most interesting parts are about Pataudi the person, not the player.

A moving foreword by Sharmila Tagore, and candid—almost confessional—pieces by Saba and Soha Ali Khan go some distance towards understanding the man. But in trying to include too many perspectives, the book’s story-telling tends to get uneven—undecided whether it wants to be about description or dissection, about cricket or about life—and becomes merely a pot pourri collection, replete with repetitive recurrences to Tiger’s well-chronicled cricketing achievements.

Which brings me to the crucial point: Who is this book targeted at? Is it for the generation who watched the Tiger in his heyday? Or is it for the young ones of today who are dimly aware of his cricketing greatness? I believe the book presents a great opportunity to connect the awesome Tiger afresh with the Generation Now.

He may not have been like Ian Botham or Kapil Dev who led from the front. But there was something stirring about the Tiger on the prowl that filled cricket stands. After his passing, I hope more of those who missed out on seeing him in action, can be touched by this book’s attempt to package the magnificence of this legendary, though at heart unassuming, personality. In the jungle of books out there, this one on the Tiger does burn bright!
The author was involved with Pataudi in producing the Wills Video of Excellence: One Day Cricket.