Book Wave: A Memoir of Life After the Tsunami 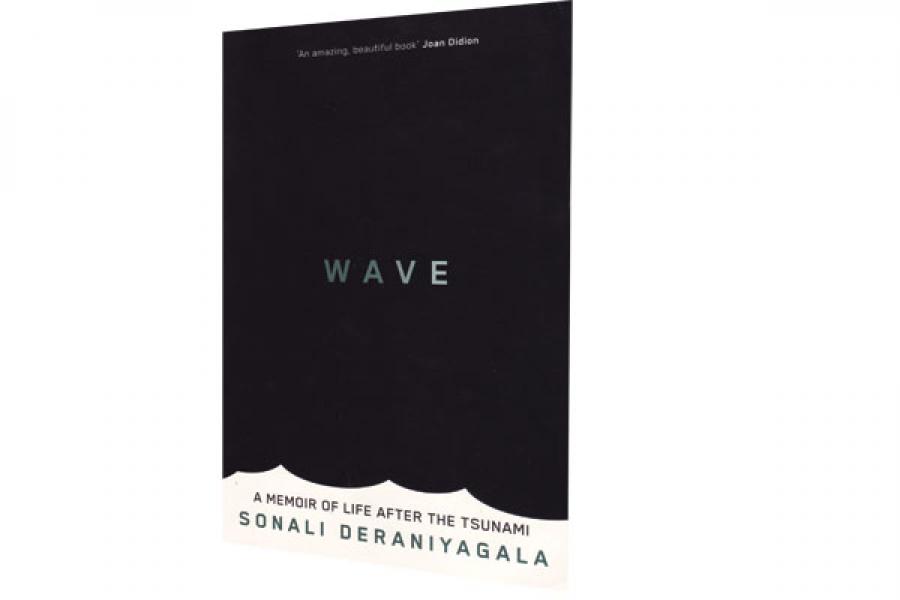 As a rule, we love survivors. We celebrate those who beat the odds, gamed the system to come out on top. Analysts write lengthy articles on what makes them tick, pop-psychologists break down their qualities into numbered steps so we, too, can emulate their skills.

Sonali Deraniyagala, however, is the survivor no one wants to be. On December 26, 2004, she was the only one of her family—parents, husband, two sons—to make it through the tsunami that devastated the rim of the Indian Ocean, killing more than 200,000 people. Wave is her account of the aftermath, an examination not so much of life as what it means to be not dead.

At first, it’s a wave where there shouldn’t be one, visible from their hotel room in Yala, a national park on the south-eastern coast of Sri Lanka. “This was not normal. The sea never came this far in. Waves not receding or dissolving... All these waves now, charging, churning. Suddenly furious. Suddenly menacing.”

And then, minutes later, the four of them in a jeep with their friends. The parents in their room, unsummoned, “I’ll ring Ma on her mobile as soon as I get to a phone.” The jeep, overturned. And the narrator, spinning, spinning in depthless water, wondering, when she can, “What is this about?”

This incomprehension is what Deraniyagala clings to for the longest time, in the hospital and at her aunt’s house in Colombo, even as she insists that Ma and Da and Steve and Vik and Malli couldn’t have escaped the wave. She refuses to sleep, lest she wake up in the morning having forgotten all that has happened and be compelled to learn it all over again. She decides to kill herself. Her relatives and friends stand constant guard over her and hide all the knives. She takes to drink, seeking oblivion as much as the courage to watch internet images of the wave. She recalls the frozen pizzas awaiting their late-evening return to London, of the party they have been invited to on New Year’s Eve, of the flower that Malli would have tucked into her hair and she tries to teach herself by rote that they—she—would not be resuming the life she had known.

Though Deraniyagala’s outward life moves on, taking her from London to New York, on drives and holidays with friends, Wave largely describes an inward journey, at the end of which there can be no pretty closures. The book is remarkable not just for its depiction of grief and love, for the way it layers two narratives of present horror and past happiness, but also for what it doesn’t say. What articulation can there be, for instance, on discovering Vik’s sun-bleached lime-green shirt on the beach months after the tragedy? Or on finding a single eyelash on Steve’s pillow, when Deraniyagala returns to their London home, years later, or mud on the boys’ shoes by the door?

Heart-hammering as the words that capture her actions and memories are, the silences expand the narrative, making her story one for all humanity. Wave is not an easy read but an essential one, a stranger’s memoir that will make us hug our loved ones closer to us tonight.

Tweets by @forbesindia
Has Tapad Cracked the Code of Cross-Device Advertising?
How iRobot is Invading Your Life