Tata Sons wins Round 1 but battle may have just begun

The NCLT decided that the Shapoorji Pallonji Group firms' petition against Tata Sons is not maintainable on legal grounds and refused to grant a waiver. But Mistry is almost certain to move the appellate tribunal 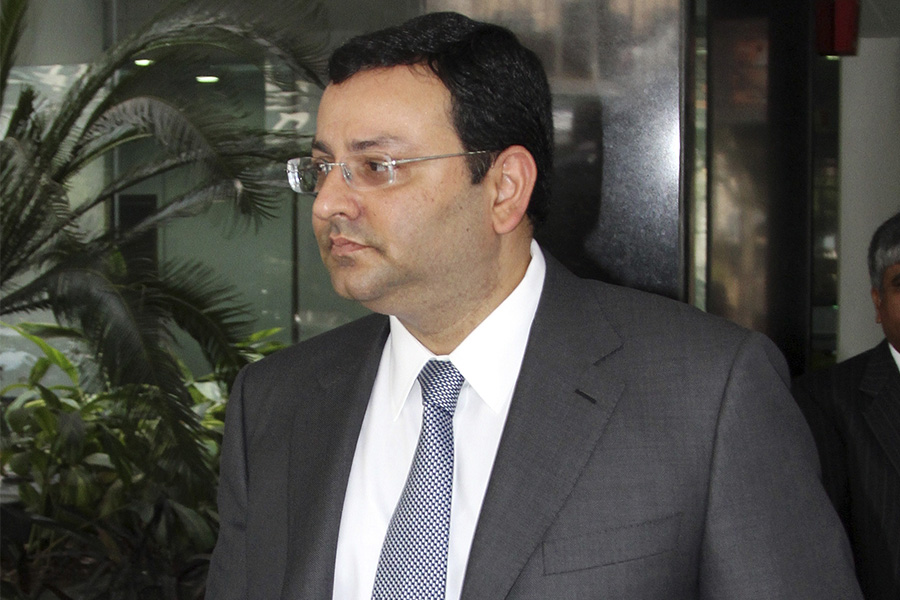 Cyrus Mistry
Image: B Mathur / Reuters
Tata Sons, the flagship holding company of the Tata group, has drawn first blood in the legal fight that it is engaged in with Cyrus Mistry, the conglomerate’s former chairman, but the battle has just begun.

The National Company Law Tribunal (NCLT), which was hearing a petition filed by two Shapoorji Pallonji (SP) Group firms – Cyrus Investments and Sterling Investment – that alleged oppression of shareholders and mismanagement, dismissed a waiver application and the company petition on April 17.

Mistry is the son of SP Group patriarch Pallonji Mistry. The Mistry family is the single largest shareholder in Tata Sons with an 18.4 percent stake in the company. On October 24, 2016, Mistry was unceremoniously removed as Tata Sons chairman and replaced with Ratan Tata, who came in as interim chairman. Ratan Tata is also the chairman of Tata Trusts, a clutch of philanthropic bodies that owns 66 percent of Tata Sons.

“We hope this brings to an end a vexatious campaign against the company, the Tata Trusts and Mr Ratan N Tata,” Subedar said in a statement issued on April 17. “Tata Sons will continue its focus on its future development under the stewardship of our Executive Chairman Mr N Chandrasekaran.”

Subedar further said that Mistry had many “ill-advised and groundless allegations intended to besmirch the name of the Tata group”.

Tata Sons had challenged the maintainability of the petition, first filed by the SP Group firms on January 9, on the grounds that the petitioners didn’t meet the minimum shareholding threshold of 10 percent of the issued share capital of the company, which is needed to bring such a suit before the NCLT. While the SP Group firms own 18.4 percent of the ordinary shares of Tata Sons, their shareholding amounts to only 2.17 percent when the preference shares issued by the holding company are also taken into account.

After the tribunal held that the petition wasn’t maintainable, the petitioners sought a waiver of the threshold that would lead the court to continue hearing the case.

Mistry’s battery of lawyers appear to have overlooked this technicality at the time of filing the petition, since there was no request for a waiver of this condition sought then. It was only after Tata Sons’ counsel argued that the case wasn’t maintainable, by pointing to Section 244 of the Companies Act of 2013, that the SP Group companies’ lawyers sought to defend their suit on the grounds of maintainability, and subsequently argued in favour of a waiver.

Through the course of the legal tussle in the NCLT, Mistry’s lawyers have been adamant that the tribunal needed to decide on the issue of maintainability first, before proceeding to hear the case on its merits. This was despite the tribunal judge BSV Prakash Kumar observing that the tribunal would like to hear the merits of the case first and then pronounce a judgment.

The logical next step for the Mistry camp would be to move the National Company Law Appellate Tribunal (NCLAT) against the NCLT’s verdict. A source close to Mistry said they are waiting for a copy of the NCLT’s order to be available on Friday, after which it would be studied before deciding on the future course of action. It was almost certain that the Mistry camp would be moving the NCLAT, the source added. A person in Mistry’s camp had told Forbes India that the former Tata Sons chairman was willing to go all the way in taking his legal challenge against his former employer to its legal conclusion.

The legal fight between the two camps had reached the NCLAT earlier as well, when Mistry moved the appellate authority seeking a stay on a February 6 board meeting called by Tata Sons, where the company sought to evict Mistry as a director.

Though the NCLAT refused to stay the meeting, it was sympathetic towards the petitioners cause in as much as asking the NCLT to decide on the maintainability and waiver issues first, before deciding on the main petition on its merit, which is what the SP Group firms wanted.

The Mistry camp would be hoping that they have more luck at the NCLAT than they did at the NCLT. In light of the way the case progressed at the tribunal, the petitioners may decide to begin their legal campaign at the NCLAT by seeking waiver of the minimum shareholding threshold.

"Today's ruling by the NCLT makes it clear that there is no case to be heard. Over the past six months, Mr Mistry has failed demonstrably to build a case. We trust that the NCLT’s decision brings this matter to a close," Subedar said in the April 17 statement. But even he would know in his heart of hearts that this legal battle has just begun, and many more rounds will follow.

Tweets by @forbes_india
The journey of a serial entrepreneur
SoftBank, Snapdeal & Paytm: Takeaways from a cocktail of events