Two major showcases in Paris in contrasting conditions brought different learnings. One, love for the craft and couture, and the other, positivity and importance of togetherness in times of despair 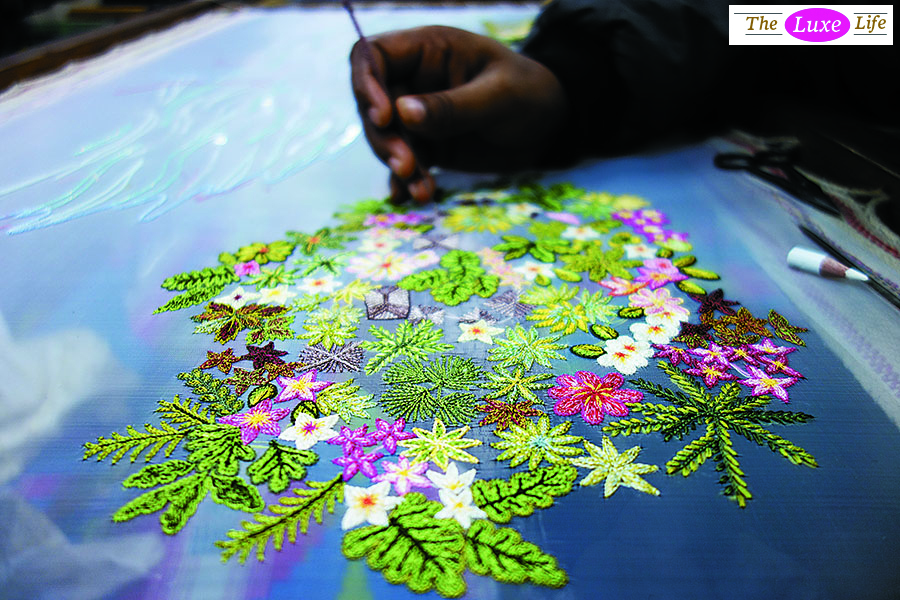 Having been invited to showcase at the Paris Haute Couture Week last November, my atelier was met with momentous news—one of great joy, a sense of accomplishment and challenge. ‘Haute Couture’, as defined by the French governing body of fashion, FHCM, translates to ‘high dressmaking’—the best there is, in fashion, craftsmanship, tailoring and artistic value. As would be any designer’s dream, the honour was bestowed upon me to showcase at the prestigious platform alongside the world’s best and most reputed pioneers of fashion.

We had eight to 10 weeks to craft a collection that would represent the best we could put out. Being the first designer from India to showcase at the platform, it had to be an appropriate representation of the country while being true to our own identity.

It was an opportunity to explore my clothes as a canvas for my vivid imagination—the infinite incessant thoughts that would only be vaguely translated in prêt-à-porter otherwise. It was a beautiful dream with some not-so-handsome turns. Being a slow fashion brand, our preferred processes of craftsmanship, such as hand weaving and hand embroidery, take eons to make the first sample.

I remember sitting across the khat (embroidery frame) with some embroiderers, my textiles team, discussing the 14th colour we intended to use on the painterly embroidery artwork that was placed on the dress and contemplating the thought of participation.

On January 23, the show was like a first—the same enthusiasm, hard work, anticipation and nerves. I remember the late nights at our makeshift studio in Paris amidst castings, fittings and alteration of garments… my small team and I sat hand-hemming some last-minute changes with soothing herbal tea on the side. We talked of the joy, love and beauty we were surrounded by. And after the bustle of steam irons, hanger rails, hair and make-up and all the backstage jazz, it was a seven-minute show. It was over just like that.

I feel a strange sense of hollowness immediately after a show, the kind one would feel when parting from something they love. It’s like something just got over. Our collection called ‘Home’ was a love poem to my time spent with my daughter watching the film Madagascar and exposing her to animation for the first time. Along with my precious experiences with nature at a resort in Maldives where I had snorkelled and strolled across the pristine white sand beach barefooted. 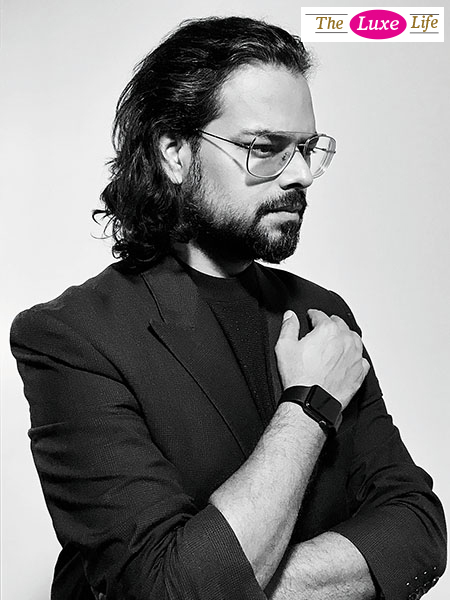 After reliving those memories every single day, while creating this collection and collectively dreaming, living and working towards a single common goal, there is a sudden void. How we would wake up early and rush to work, and the days would extend to late nights for all the weeks before the showcase and immediately after it… the train of thought takes a pause as suddenly there is no reason to wake up early and stay up till late.

The showcase represented our organic progression, representation and unending will to take a bigger leap. I found certainty in the kind of work I want to do and a foray into couture became a conscious decision led by an intention of catering to a demand for our fashion in place of having to create the demand.

By the time we came back to India, the collection was featured in every major fashion publication and local newspapers across continents. It was a generous validation of our team’s efforts, of each craftsman who spent hundreds of hours in helping realise the collection and of the core team that was determined to further our philosophy of sustainable, slow fashion through creative intervention.

After this humbling journey, the pandemic hit and the world was brought to a pause at once. The greatest leveller did not see race, religion or social hierarchy, and brought with itself a sea of change. This brought me to the astute observation by David Brower: “We don’t inherit the earth from our ancestors, we borrow it from our children.”

While this period of pause let nature be without much human intervention, the sky in Delhi became the clearest shade of blue and the air cleaner than ever. Migratory birds miraculously appeared along long forgotten water bodies and the cityscape was kissed by nature. Revelling in the beauty from my home while with my family, I asked myself a simple-yet-pertinent question: “What is the relevance of couture in such times?”

As a brand that works with over a thousand craftsmen across the country, my question was eventually answered through prolonged conversations I had with some of our artisans. While we were fortunate enough to be able to support each of our team members through the crisis, we were served a reminder of why we do what we do, by the sheer intention of our work.

“Just living is not enough, one must have sunshine, freedom and a little flower”—this quote by Hans Christian Andersen took on a whole different meaning in the context of our local Indian craftsmen and weavers.

While we were determined to offer financial aid, there was a lack of purpose and motivation to continue. In those few months, the entire atelier struggled together—“together” being the more important word here. We were anxious like the rest of the world because everything seemed uncertain. But we were together—in spirit.

Couture was the leap of faith. It united us as we started thinking, ideating, sketching from the safety of our homes and crafting the first samples with just 20 percent of our workforce at the studio. Indeed, there was an unperturbed expression of art through the clothes, but every stitch, every knot was strongly related to the present and future of an artisan, especially those hit by the pandemic.

And the collection that emerged out of the scenario, ‘Butterfly People’ redefined our core philosophies and reminded us of the founding thought that continues to lead our institution. Showcased digitally this time, our second showcase at the Paris Haute Couture Week (called the Haute Couture Digital this time) brought to us humility, hope and positivity in times of despair.

Our two major showcases at Paris this year took place in contrasting conditions, with expectations far apart and impacts very different. The learnings from each of them, while similar in magnitude, were distinct as well. While one brought to us the romantic love for our craft, a sense of recognition and a motivation to continue striving, the other lent us unending hope, positivity and the sheer pulchritude of togetherness in the time of great despair. Both are overwhelming experiences that we collect in our basket of memories, as we continue to find our path ahead and move towards what awaits.

Tweets by @forbesindia
Photo of the Day: Koala twins rescued in Sydney
Good news: Rupee rides out the Covid-19 storm