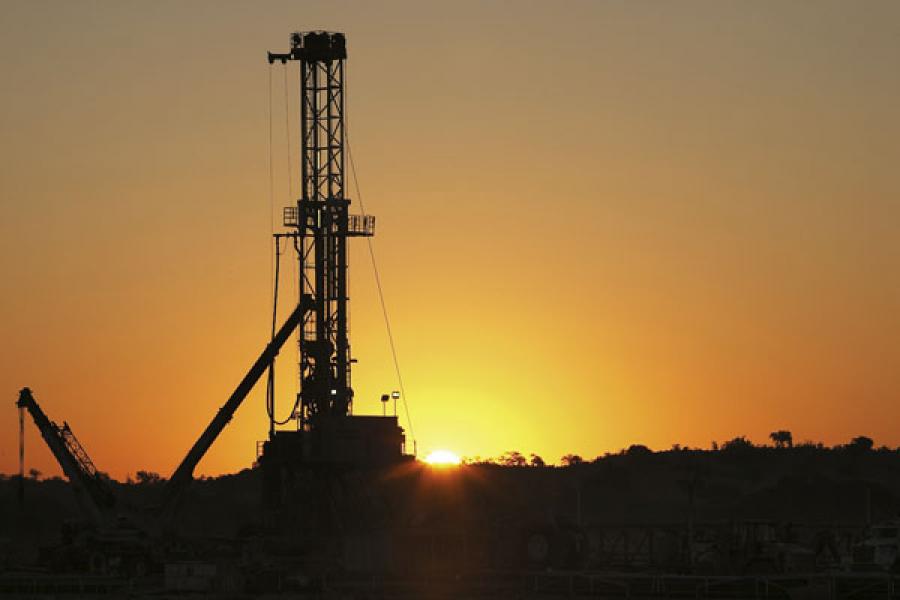 THE CIVETED ASSET The Barmer oil field in Rajasthan

At first glance, there is very little in common between the two men who sat on the deal table in London early in July. Bill Gammell, the CEO of Cairn Energy plc and chairman of Cairn India, is a Scotsman born to privilege. He started his career at his dad’s investment banking firm. Tony Blair was his debating partner at school and George Bush counts him as a personal friend. On the buy-side at the table sat Anil Agarwal, executive chairman, Vedanta Resources plc. He quit school at 15, started his career as a scrap dealer in Mumbai and counts the day he rode his own bicycle to school as the most memorable in his life.

Yet, you’ll find a lot of shared traits between the two who shook hands over a $9.6 billion cash transaction through which Vedanta plans to acquire a majority stake in Cairn India, which owns the Mangala and 16 other oil fields in Rajasthan. Both have proven entrepreneurial skills and have repeatedly seen value where few others see it. Above all, both are always scanning the horizon for the next big thing.

That Gammell and Cairn plc should want to exit from Cairn India is not a surprise, especially to those in the oil business who are familiar with the company’s philosophy. Greenland, where Cairn is betting big, is the sort of wildcard exploration play that Cairn has built its business on, and the promoters are more interested in it than in the project in Rajasthan. It is Agarwal’s willingness to bet the Vedanta balance sheet on Cairn India that has taken both investors and analysts by surprise. Two questions are being asked: Is the deal being driven by the lack of opportunity in the mining business? Commodities is a cyclical and volatile business; what happens if prices fall?

Of course, the acquisition isn’t yet a done deal. Confusion still prevails on the stand of the Government of India on the transaction. Though it is unlikely that ONGC will make a counter bid, the company and the government are certainly not very thrilled about Cairn plc’s exit. The second area of uncertainty is whether the Indian regulator Sebi will allow Cairn plc to get away with paying itself a non-compete premium of Rs. 50 more per share, compared to the price of Rs. 355 that the minority shareholders will receive. Agarwal and Gammell will need to clear these cobwebs before Cairn India safely becomes a part of Vedanta Resources.

Vedanta’s investors from Blackrock Investment management and Legal & General were among those who expressed scepticism at the conference call arranged by Vedanta to explain the deal after it was announced. Referring to Vedanta’s forays beyond its core areas of expertise, they pointed out how the lack of predictability of the business streams was becoming a big issue with the company. One sarcastic question was whether Vedanta had plans to get into the automotive business next. Agarwal was emphatic that Cairn India is a rare opportunity to get into the energy business and that the company has a lot of growth in it.

Only a few hours after Agarwal addressed the investors, came news of a setback for the company’s bauxite mining project in Orissa. A committee set up by the Environment Ministry ruled that Vedanta had acted with total contempt for the law and should not be allowed to mine the reserves on the Niyamgiri hills. Any celebrations over the Cairn India acquisition were soured by the setback to Vedanta’s biggest greenfield project.

Agarwal though seemed to be expecting it, and only a few days ago had told his executives to be ready for an adverse ruling from the committee. If anything, it had only reinforced the Marwari businessman’s belief that buying Cairn India was a good idea, irrespective of what everyone said. Those who have tracked Vedanta’s fortunes over a decade say, it is not the first time the Vedanta promoters have been under pressure in India. In 2003, Agarwal had moved base to London to launch Vedanta plc after being frustrated by the constraints of raising capital in his home country. Seven years later, he is playing the India card to smoothen the path for the Cairn India acquisition.

From being a global metals and mining group, Vedanta’s director of finance, Tarun Jain, says the company will be a ‘National Resource Champion’. Though not as articulate, Agarwal has also voiced his desire to be India’s BHP Billiton. About 30 percent of revenues for the Big Australian, as the world’s largest miner is called, come from the oil business. 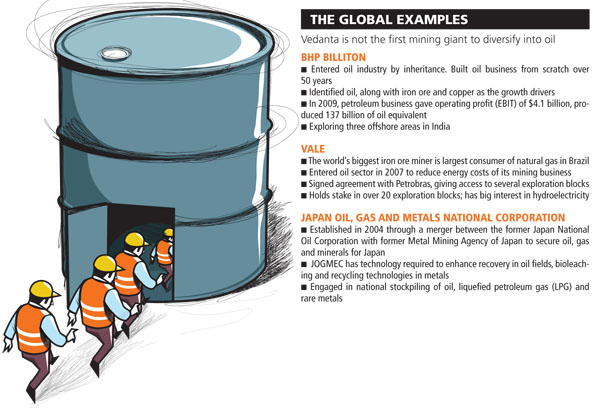 Once Cairn’s money flows into Vedanta’s books, it will make up for 25 percent of the turnover of the London Stock Exchange-listed company. But the comparison is shallow because BHP Billiton has built its oil business over the past 60 years, making its way through exploration assets bought at low prices. With nearly a $10 billion play for Cairn India, Agarwal’s route to being the Big Indian is completely different.

But then, every jewel in Agarwal’s empire was earlier owned by someone else — from Malco and Konkola Copper Mines in Zambia to Hindustan Zinc and Sesa Goa. Agarwal likes to talk about what his men were able to do with the zinc and the iron ore companies. “At Hindustan Zinc, we have increased production by 400 percent in five years and revenues by 100 percent… at Sesa Goa, the production has gone up by 115 percent and the reserves by 75 percent in three years,” he says. A former senior executive who worked closely with Agarwal says, “His strength undoubtedly is acquiring an asset and scaling it up to get better returns.” 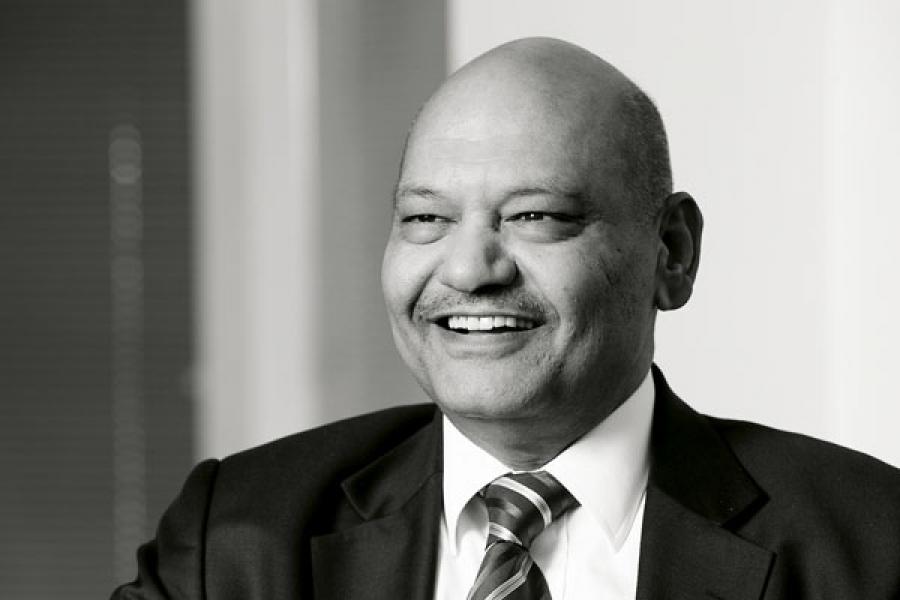 OIL FIELD, NEW GAME Agarwal's oil plan has raised many eyebrows in his home country
“Lack of growth in the metals business has driven Agarwal to oil,” he says. It was frustrating for the maverick entrepreneur who had about $5 billion of idle cash. Agarwal’s target was to make copper and zinc a one million tonne a year business by 2013, while aluminium production was planned to grow to 2.6 million tonnes a year by 2012. The acquisition of US copper major Asarco was an important part of the growth map. Even though the company had huge environmental liabilities and the initial offer of $1.4 billion had to be almost doubled to $2.7 billion, Asarco’s 250,000 tonne a year production would have taken Vedanta’s copper capacity close to the one million tonne mark. But the plans were nipped when a US judge ruled in favour of Vedanta’s rival, Grupo Mexico, the original parent of Asarco who had presented an alternate growth plan for the copper company.

Valuations of copper assets, including mines, have increased since. A year ago, copper was trading at $4,500 per tonne at the London Metal Exchange. Today its price is around $7,500 a tonne. The demand-supply gap too is increasing. BHP Billiton’s base metals marketing director, Dave Martin, estimates that there could be a gap of 10 million tonnes in copper supply by 2020. Market experts look at copper prices breaching the $13,000 a tonne mark in another two years. “Finding mining assets have become more difficult,” admits a senior executive at Vedanta Resources on the condition of anonymity. “While valuations are one problem, most of the assets also need a large capital expenditure,” he adds.

In copper, which is just a shade below 50 percent of Vedanta’s business, it is a problem of scarcity, with difficulties in finding good mines.

In the zinc business, Agarwal put his money where his mouth was, when Vedanta bought fellow miner Anglo American’s African zinc assets for $1.34 billion earlier this year. He outbid majors like Xstrata and China Metallurgical, resulting in calls that Vedanta had overpaid. Vedanta had valued Anglo American’s assets at a cost of production of $1,800 a tonne, while Hindustan Zinc’s production cost is under $1,000 a tonne. Also, “the mines have a life of under 10 years,” points out Prasad Baji, senior vice president at the Mumbai-based brokerage Edelweiss Securities. But Agarwal will take heart that the acquisition saw Vedanta’s zinc production crossing the one million tonne mark and made it the world’s largest.

Sesa Goa’s managing director, P.K. Mukherjee, says, “Iron ore assets with proper risk profile, though not unavailable, are not lying on the street.” He adds, “Most of the opportunities are greenfield and need logistics investment. These have long gestation period. We would like brownfield [assets].”

Not everyone agrees that there is a lack of opportunity in the metals business. “If Vedanta’s own accounts are to be believed, there is no shortage [of acquisition targets]. It has been telling its investors that its focus is organic and inorganic growth for bulk commodities and base metals… that is a sensible growth plan. Why not just carry on with that,” asks Anindya Mohinta, the London-based director of mining & steel, Citi Investment Research & Analysis. In his report on the plan to buy into Cairn India, Mohinta said Vedanta is risking its balance sheet to create a “national resources champion”. There are no synergies between open cast mining and onshore oil production and there are few operational synergies between Vedanta and Cairn India that could be called low-hanging fruit, he wrote.

But there are others who swear by Agarwal’s ability to see the big picture. An executive at a leading financial institution that advised Vedanta in the Cairn India acquisition says, “He is an entrepreneur who goes by his instinct. For him, even a one-line logic, but a sound one, is enough to drive an acquisition.”

“Anil and Navin Agarwal [Anil’s brother] are pretty bold and level headed. If they set sight on something, they will approach it logically and mobilise their resources well,” he adds.

As has become the norm now, Agarwal’s “means to an end” do not always match the expectations that his investors have. Two years ago, he tried to restructure Vedanta Resources but was forced to drop his plans after a strong opposition by its investors. In another round of shareholder angst, some investors chose to sell Vedanta shares after allegations that the company was violating human rights and forest regulations in Orissa. Since announcing the Cairn Energy acquisition, Agarwal and his team have been on road shows, meeting investors and trying to convince them of this reasoning. The initial reactions were not encouraging but this time Agarwal might just prevail.

Tweets by @forbesindia
Akash Passey: The Right Thing
Carving Up the Internet