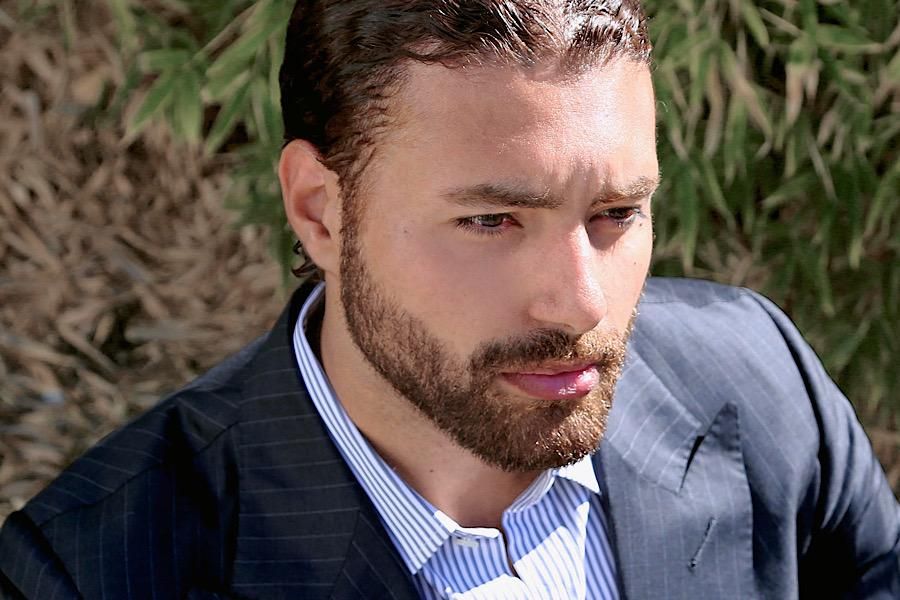 American minister and author Norman Vincent Peale once said, “Empty pockets never held anyone back. Only empty heads and empty hearts can do that.”

In other words, to make it big, you’ve got to think big and dream big. A positive mental attitude can overcome any hurdle, just ask self-made millionaire and artist Peter Shoukry.

A man can make many things, from a grandiose piece of architecture to a breathtaking work of art, but to make something of yourself when the odds are stacked against you and the world expects you to fail is an achievement like no other.

Peter’s family immigrated to Los Angeles when he was ten. It was a big sea-change for the impressionable youngster, who was a stranger in a strange land. It is said that great artists have no country, but nevertheless, Peter fell in love with America and was determined to make a life for himself in his new home.

It wasn’t easy, but seeing how his parents made huge sacrifices and worked around the clock to make ends meet was an inspiration. The financial difficulties and testing circumstances of his childhood forced Peter to grow up fast as he pursued the American dream with “a burning ambition to hustle.”

Growing up, Peter was always naturally fascinated by art, from Mickey Mouse to Van Gogh he absorbed like a sponge everything that was drawn, sketched, or painted.

Yet it wasn’t until the age of 16 that he began to pursue art with an almost religious-like zeal. His hard work paid off. A year later, his art was featured in ‘The Happening Gallery’ in Los Angeles, and word soon spread about the talented young artist. Exhibitions in solo galleries and masterpieces sold to private collectors is what ensued for the young artist.

International acclaim followed, but as an aspiring artist will tell you, creative ambitions often have to take a backseat in favor of paying the rent and putting food on the table.

To help subsidize his artistic endeavors, Peter turned to modeling, and after walking over 70 runway shows across the globe for household names such as Calvin Klein and Hugo Boss, he learned to relish what he describes as that, “Euphoric sense of taking on the world, alone and invincible, as you walk down the runway and into the eye of the storm.”

Like a true renaissance, art and modeling proved to be too small to contain Peter’s ambition, and he began to make forays into the worlds of stock market trading and real estate, where you guessed it, he once more made a name for himself. Today talking about the most important lesson he learned in the business, Peter states, “it is understanding that every business partner you work with may have a different measure of success than your own. You have to be able to identify what motivates your business partners first and then make sure that both your and their interests are satisfied equally throughout the partnership.”

For now, Peter’s hard-earned wealth entails he can concentrate on his first love - art. He is currently working on an art piece labeled ‘Spoken’ which some critics have described as the modern-day Mona Lisa. Using face recognition technology, the piece works by emulating in real-time the facial expressions of those who view it, as if they are creating a live animated emoji. Upon looking at the painting, the portrait will automatically recognize and map the viewers’ faces with its built-in camera sensors. It is an exciting and innovative project which seeks to redefine our concept of art.

Peter Shoukry has ticked a lot of boxes in his life to date, and when asked for the secret to his success, he simply said, “Be patient, take your time, and do it right. A good work ethic and effective time management are the two main ingredients of any successful project. I believe Brian Tracy put it best when he said, ‘Today the greatest single source of wealth is between your ears.’”